Belial of the Dark Angels has been revealed as the faction leader of the Space Marines in Eternal Crusade. He seems up to the challenge and it’s good to see the Dark Angels getting more love. A few other names did come to mind as possible and even more probable leaders however – Dante of the Blood Angels and Logan Grimnar of the Space Wolves to name a couple. I’m hoping that they tie some sort of narrative around the Dark Angels in to game which would make Belial shine. For now check out his awesome concept art and a little bit of his history. 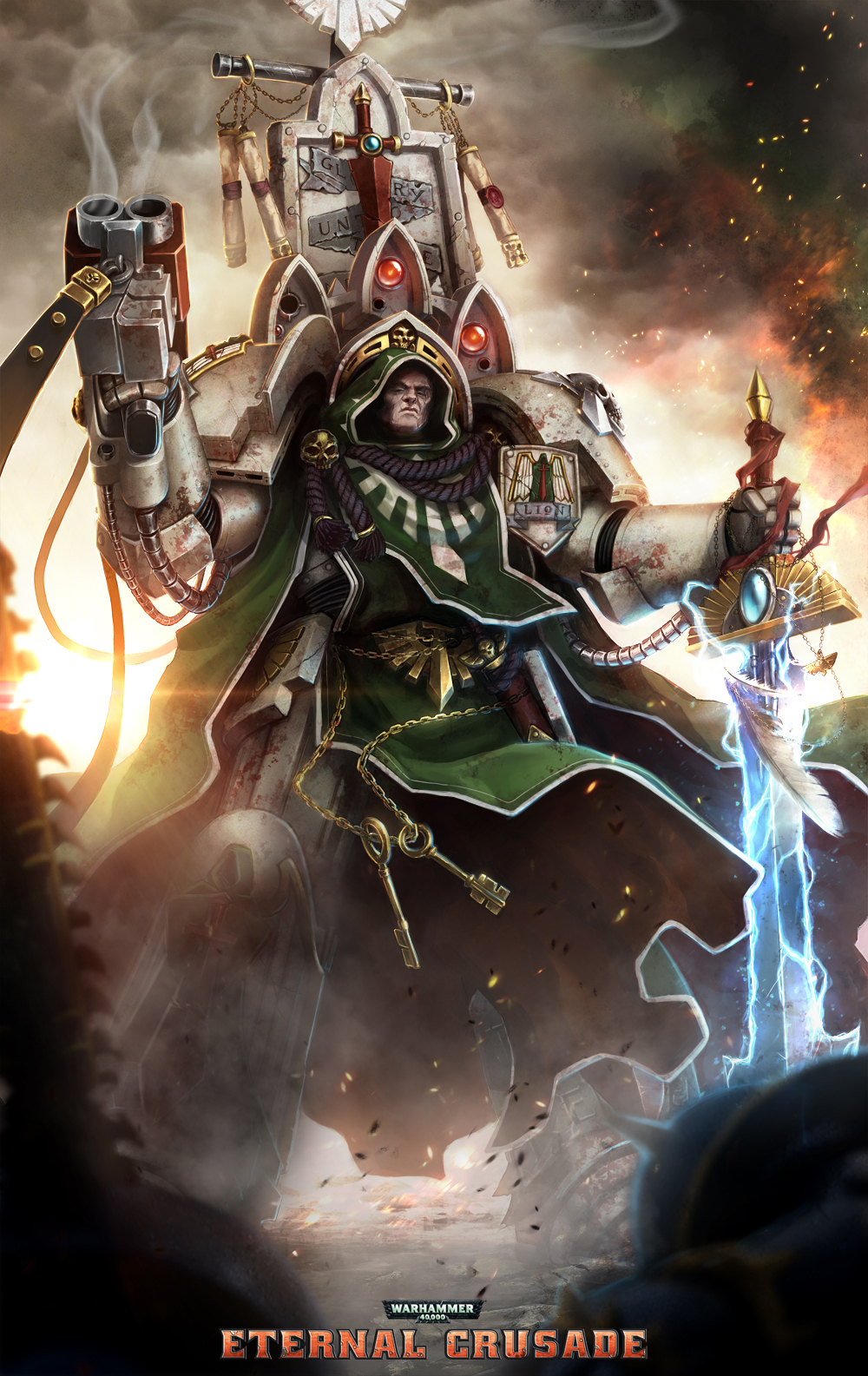 Belial – Faction Leader of the Space Marines in Eternal Crusade

Belial of the Dark Angels, Grand Master of the Deathwing, is a tactician without peer and the Chapter’s most loyal paladin. He slew the Chaos Lord Furion in single combat, held back Ghazghkull’s forces on Piscina IV and routed the Violators on Terraq. Even so, Belial does not revel in triumphs but begrudges his losses, castigating himself for the least mistake. Those beneath him have come to expect that, after each action – even the most glorious victories – Belial will find them and assign each his own specific penitence. Such discipline is not lamented, but embraced, for Belial is righteous and his success undeniable.