Death From The Skies!

Death from the skies is a new supplement for Warhammer 40k. As the name suggests it contains new rules for using flyers including the new Dogfight phase. Along with the release there is also a new Space Marine Stormhawk Interceptor and Ork Wazbom Blastajet kit.

Death From The Skies 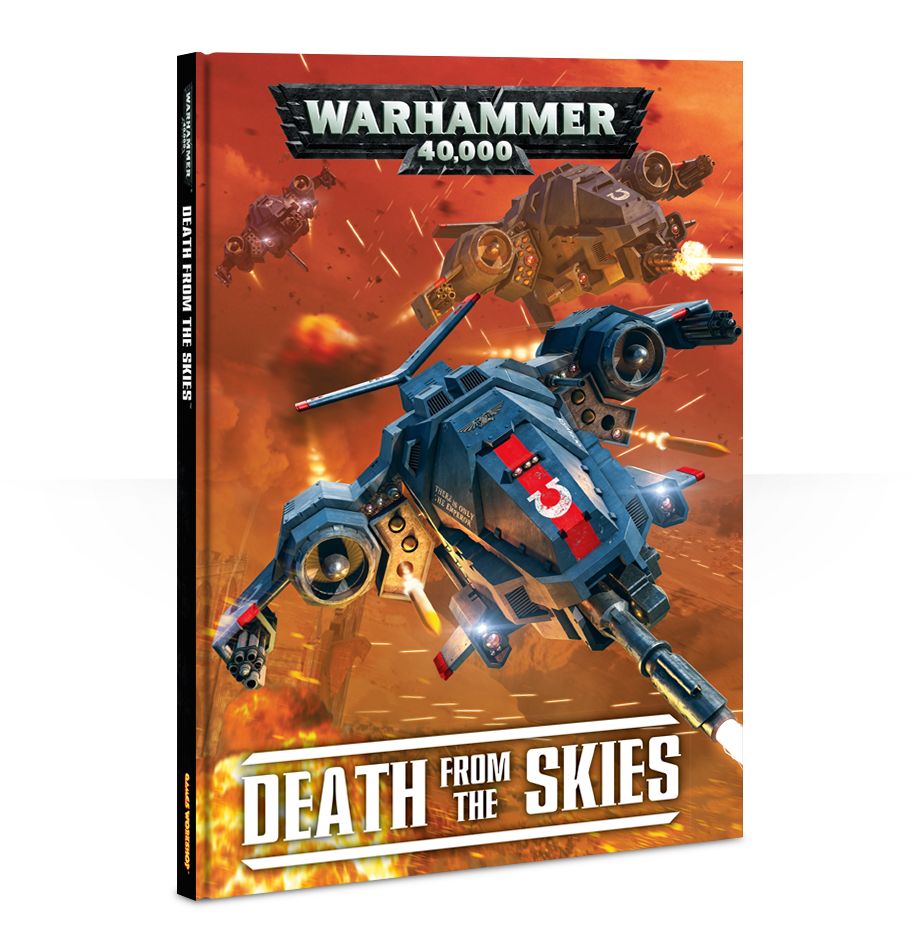 Death From The Skies

Death From the Skies is a supplement for Warhammer 40k. It’s a 160 page hardback book filled with new rules for using Flyers, datasheets including new Agility, Combat Role and Pursuit Value characteristics. It also has options for fielding Flyer Wing units, with their own leaders and rules for the Dogfight phase, which details combat between flyers.

The book contains the following:

The book costs £35 and can be ordered here. If you like using Flyers in your 40k games then this looks like a must buy. More images below: 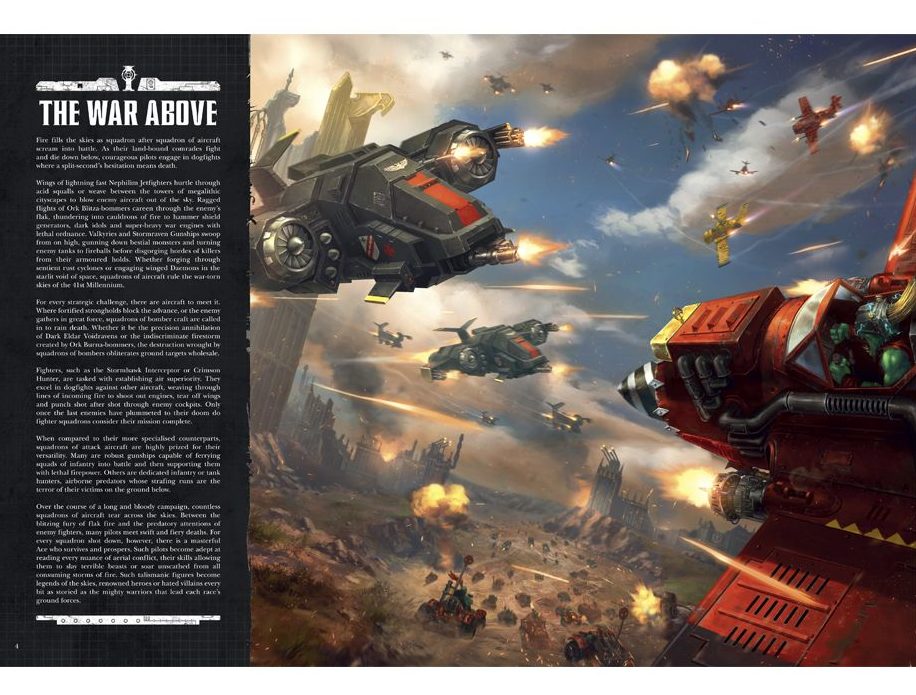 Death From The Skies Book Excerpt 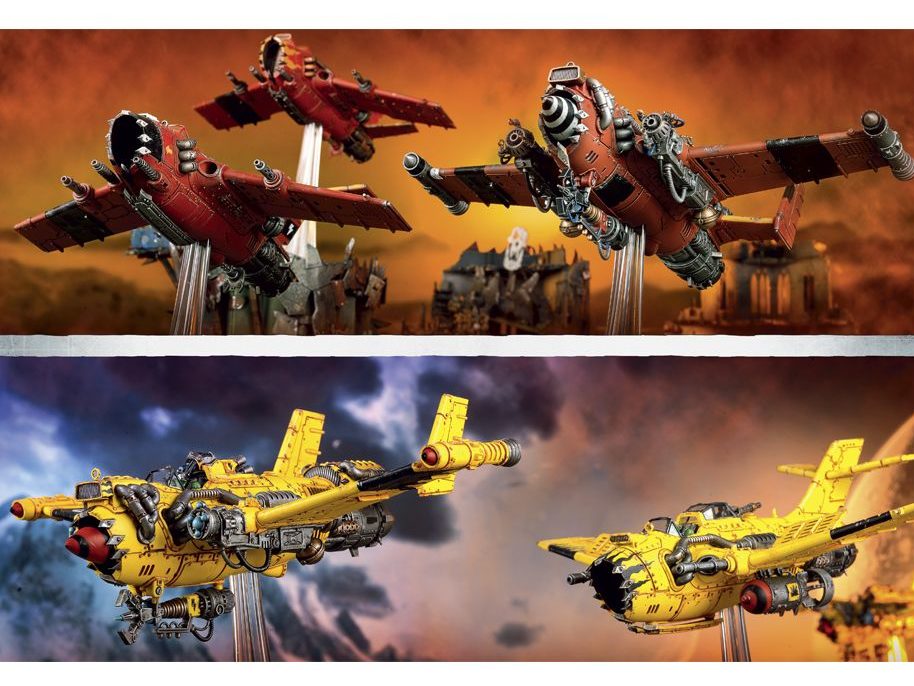 Death From The Skies – Orks Gallery 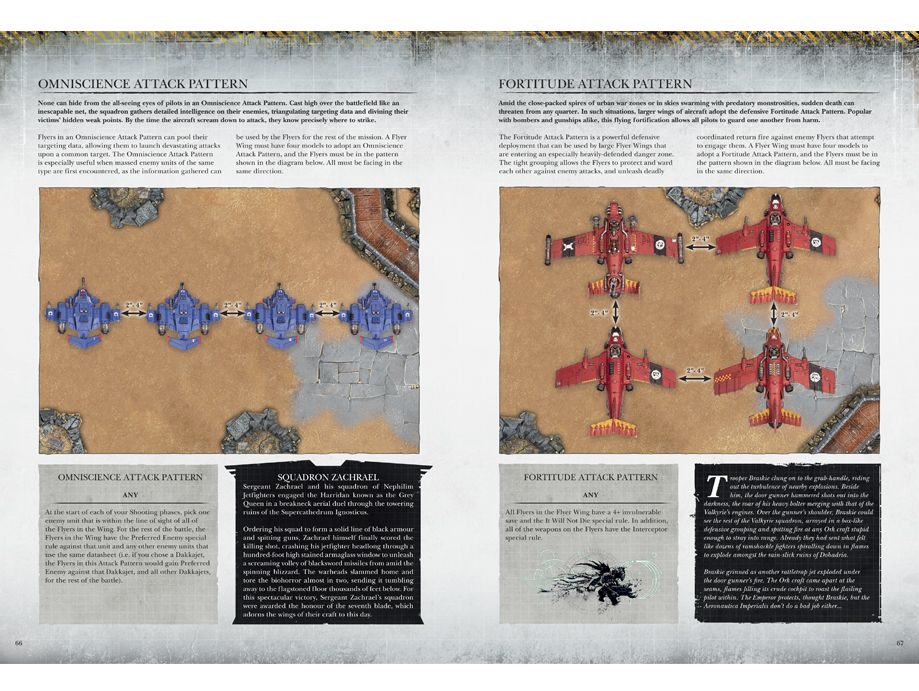 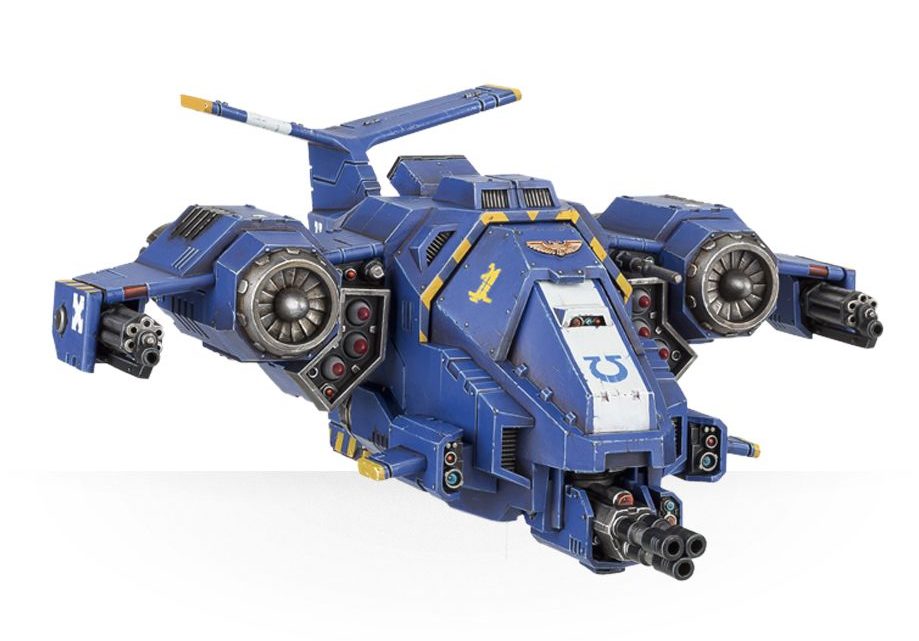 Stormhawk Interceptors have reinforced front armour and a punishing array of weapons, making them excellent dogfighters.

The kit includes one Stormhawk Interceptor which can be armed with a twin-linked assault cannon, a las-talon (which can be replaced with an icarus stormcannon,) twin-linked heavy bolters (which can be replaced with either a skyhammer missile launcher or typhoon missile launcher) and an infernum halo-launcher. It comes with a with a transfer sheet and 120mmx92mm Oval flying base. This kit can also be used to assemble the Stormtalon Gunship. It costs £33 and can be ordered here. More images below: 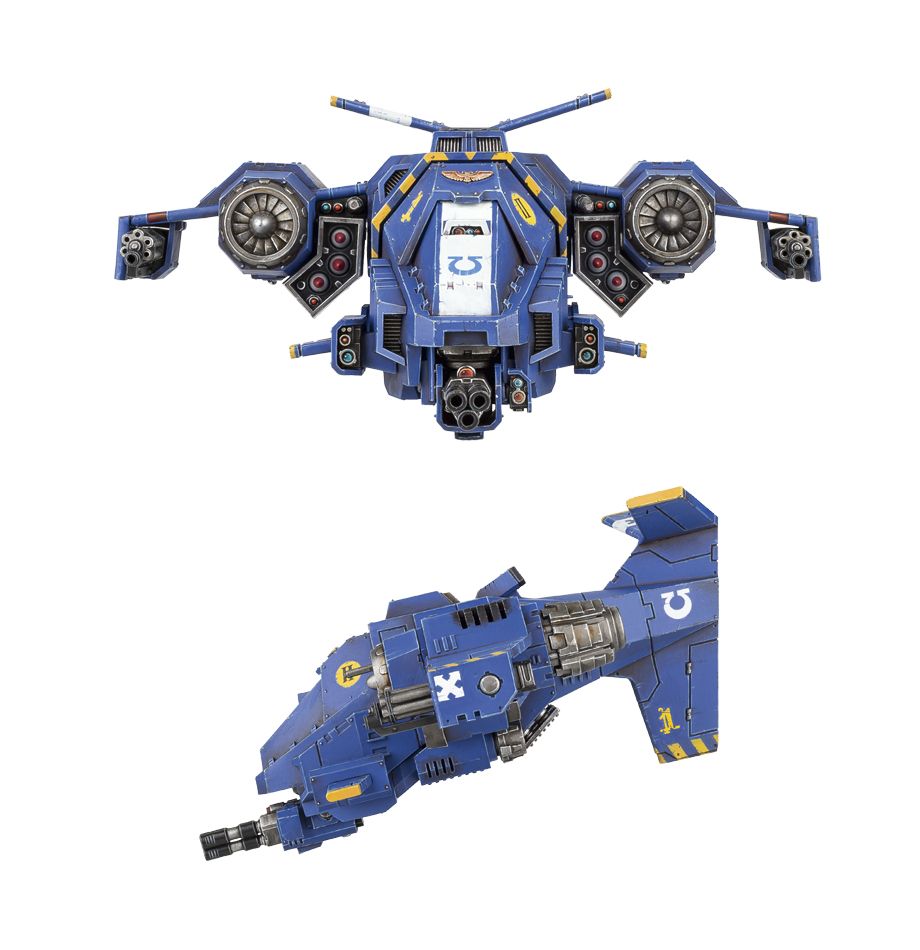 Stormhawk Interceptor – Front and Side View 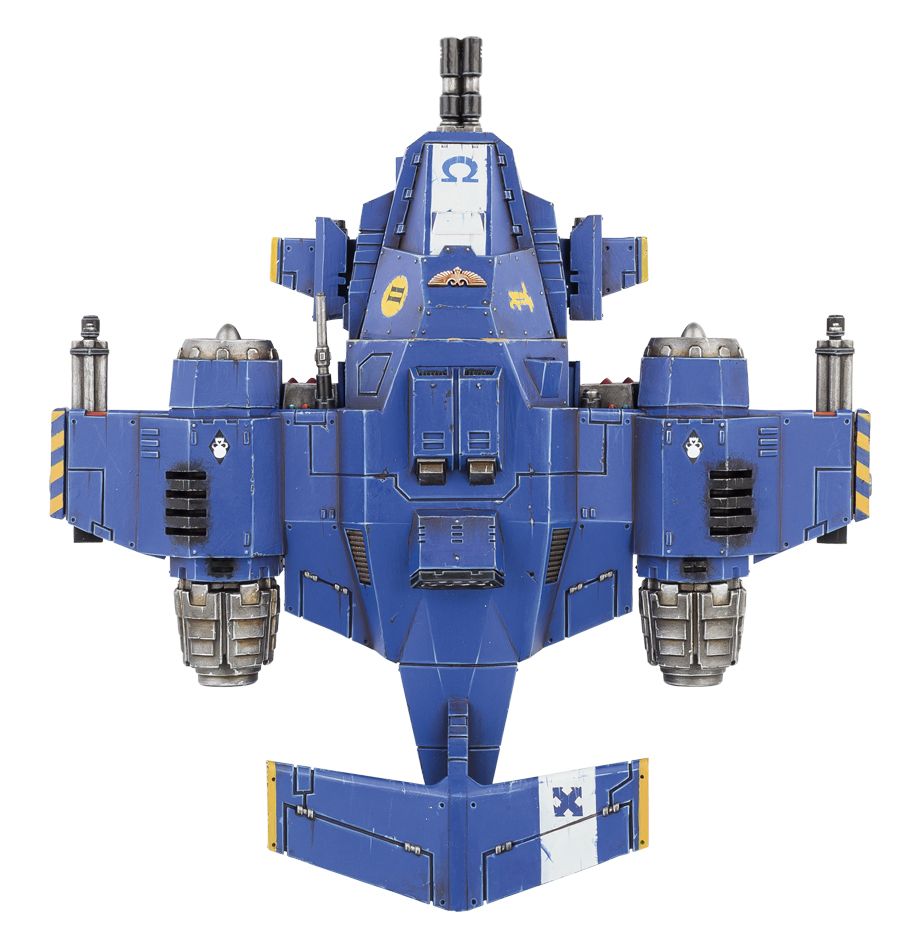 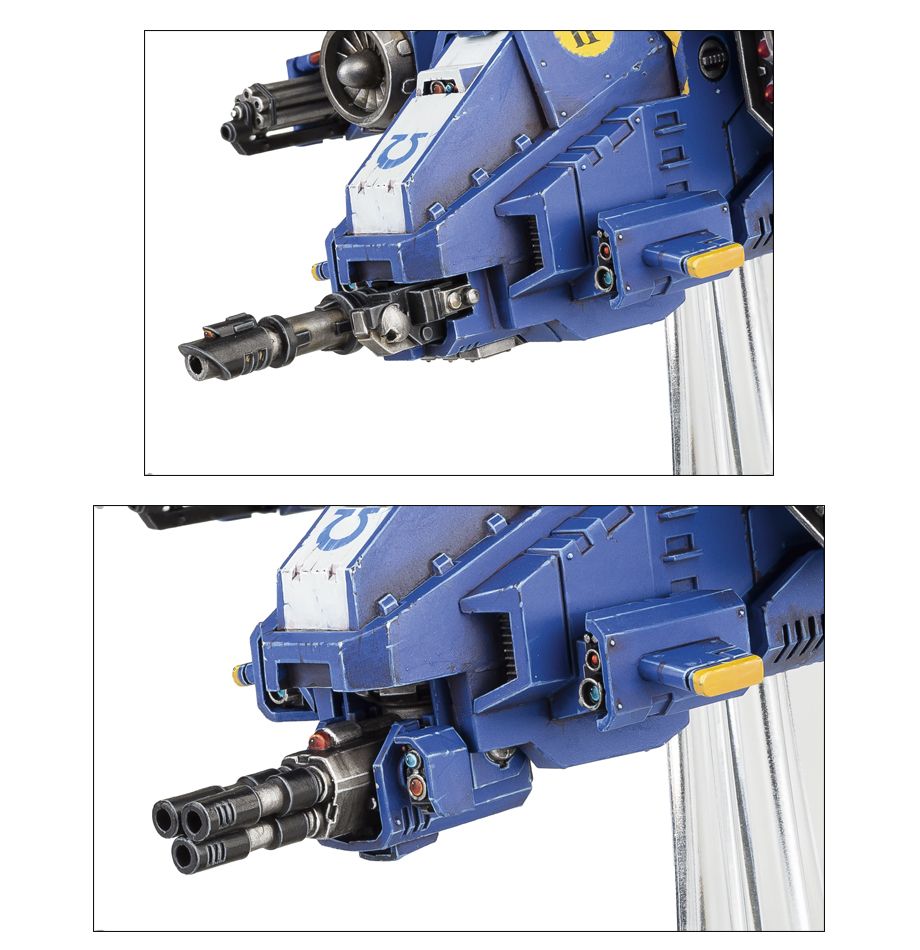 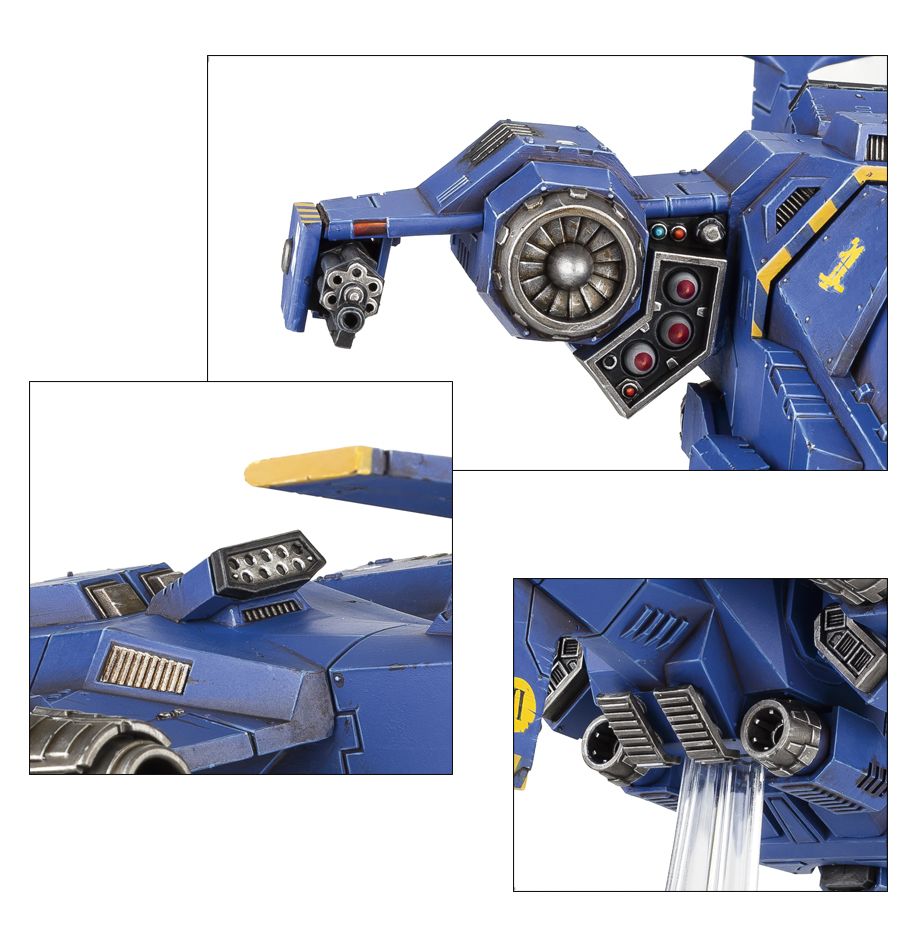 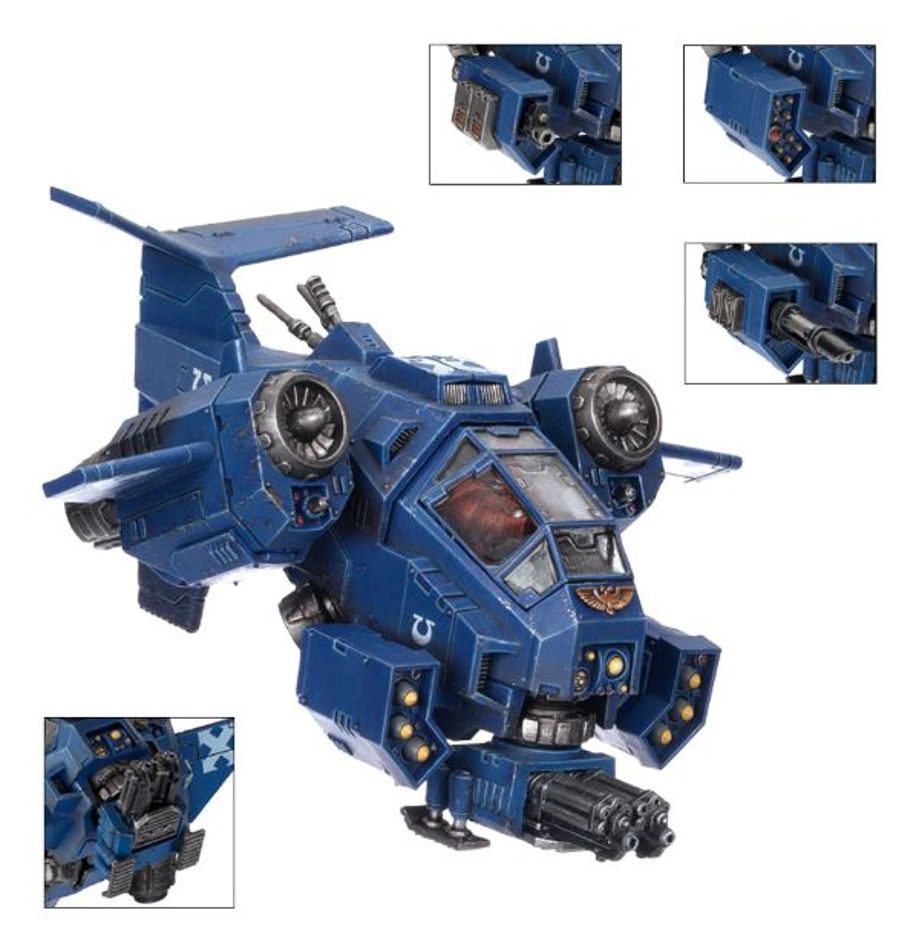 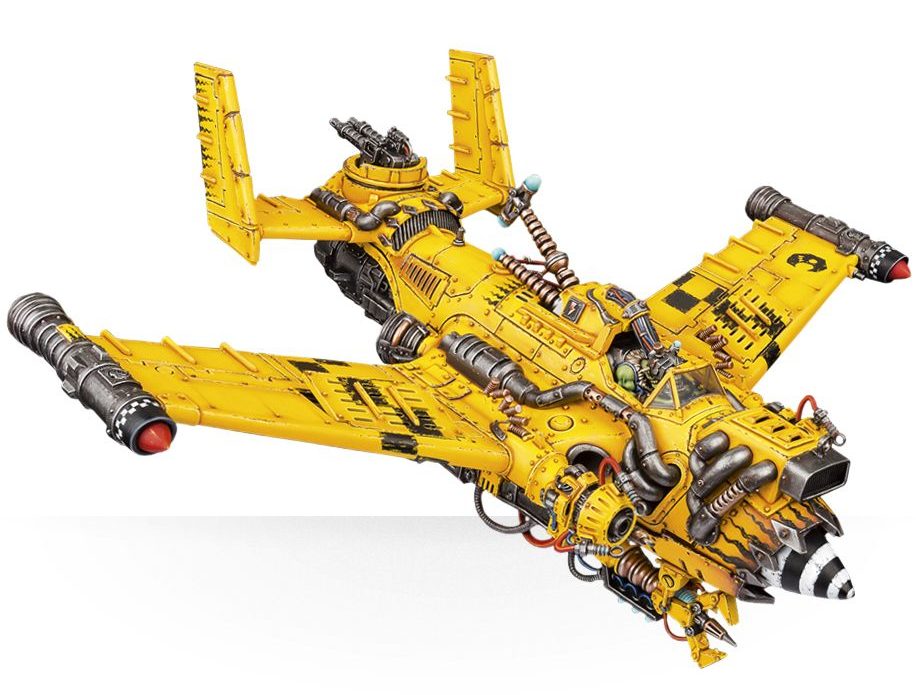 Piloted by Mekboyz, the Wazbom Blastajets swarm the battlefield to unleash the destructive force of their improbable weapons.   The makes one Wazbom Blastajet. Which can be armed with a twin-linked kustom mega-kannon (or optional tellyport mega-blasta), underslung smasha gun, stikkbomb flinga (or optional kustom force field) and gitbusta turret! It comes with Citadel 120x92mm Oval flying base. The kit costs £40 and can be ordered here.  This kit can alternatively also be assembled to make one Dakkajet, Burna-Bommer or Blitza-Bommer. Very Orky, I aprrove of the blastajet. More images below: 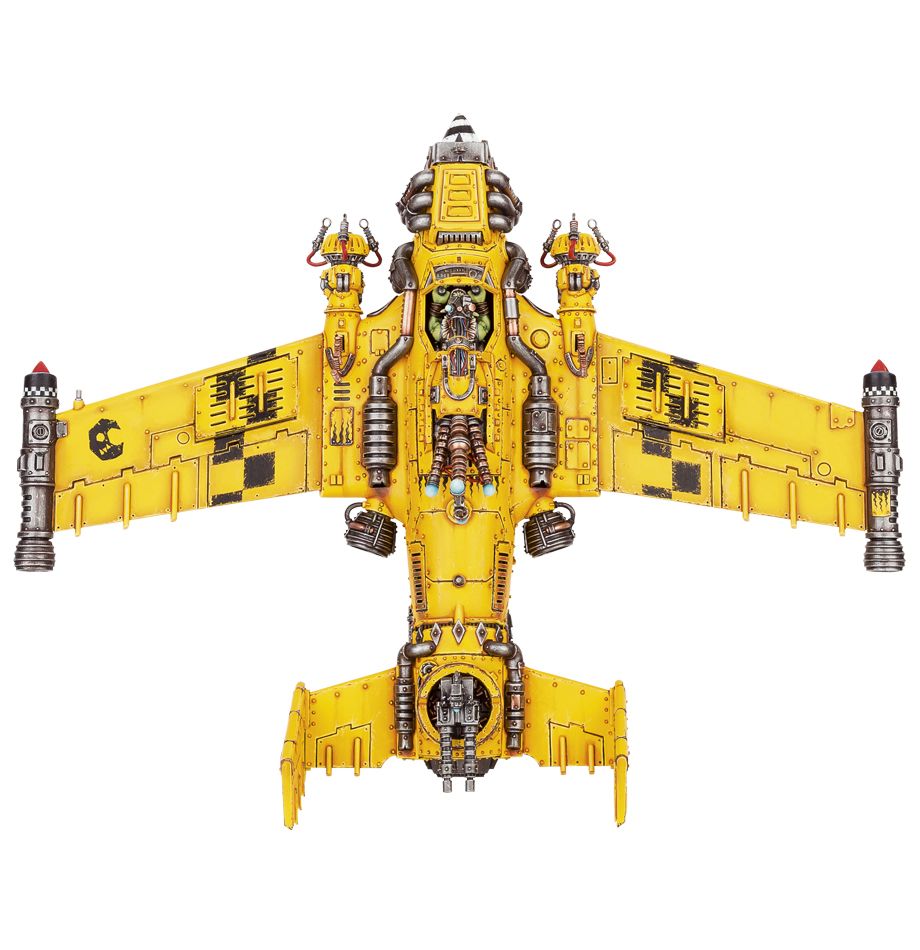 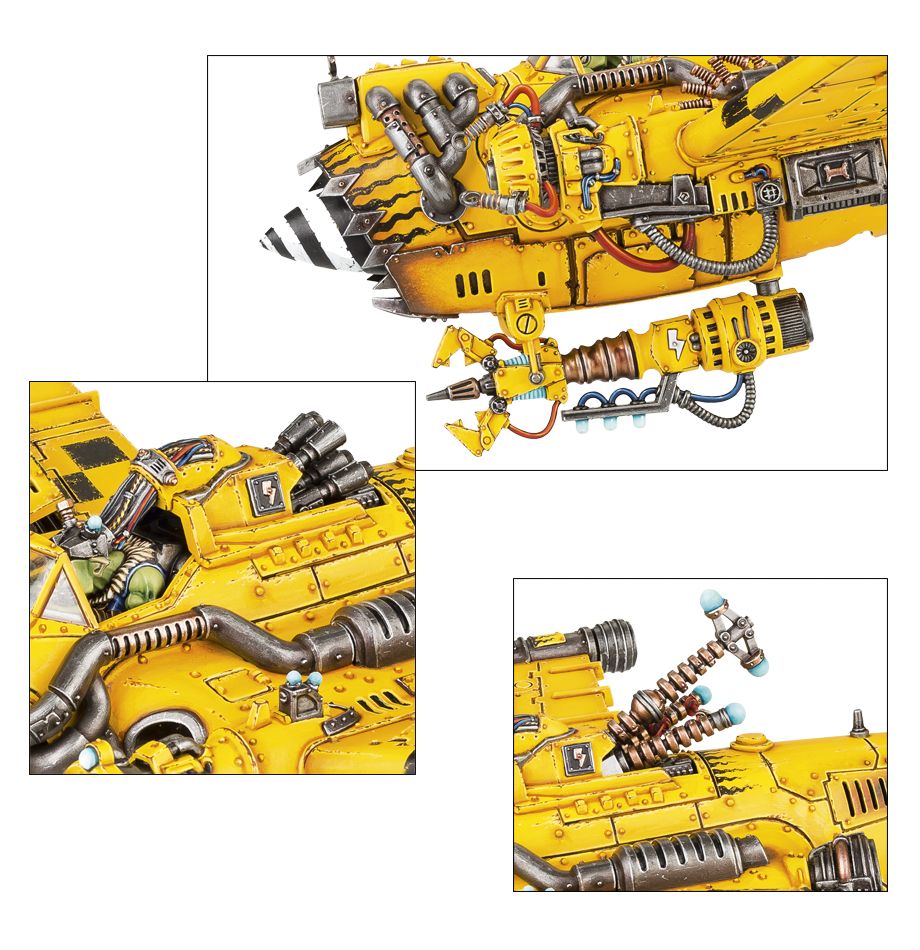 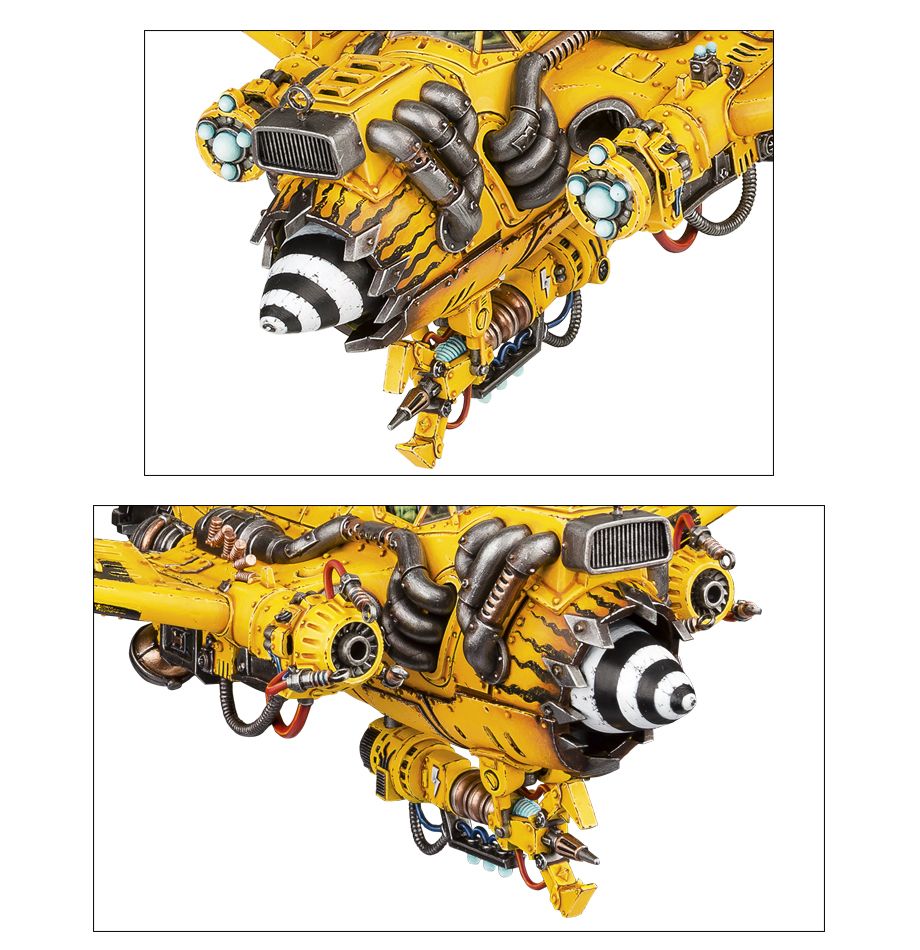 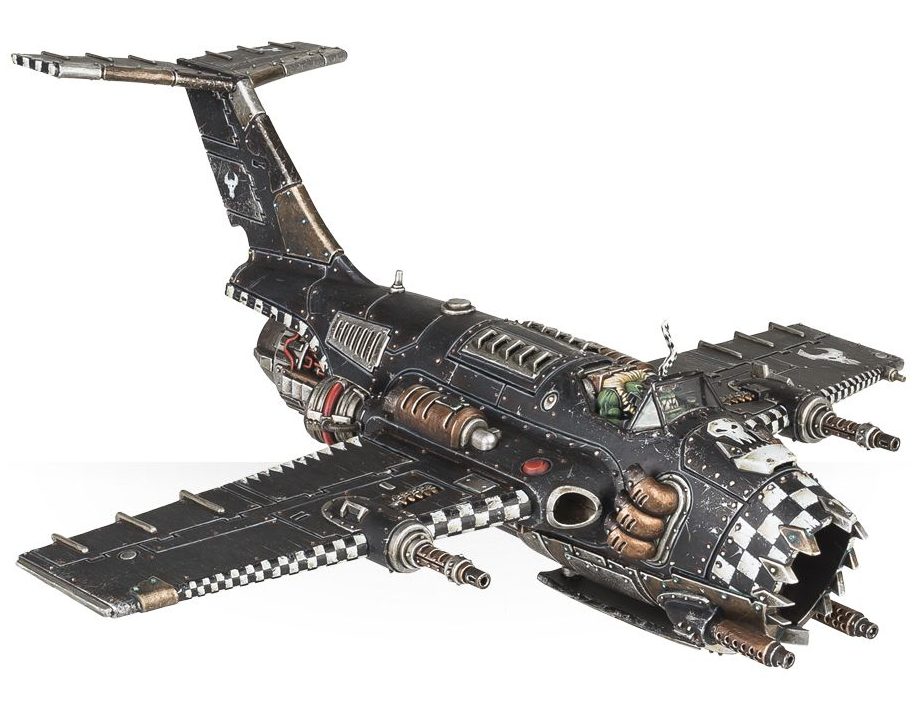 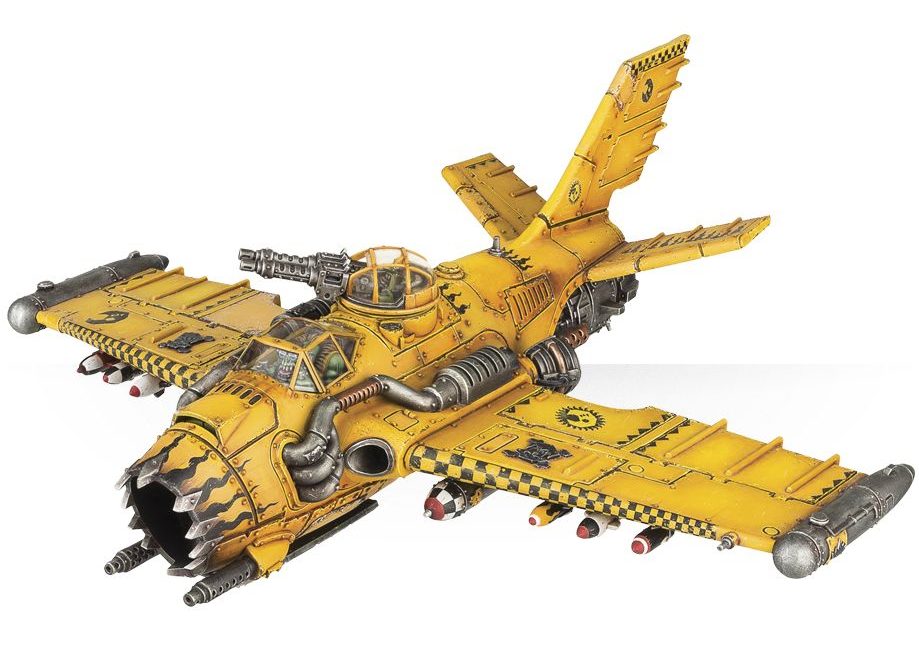 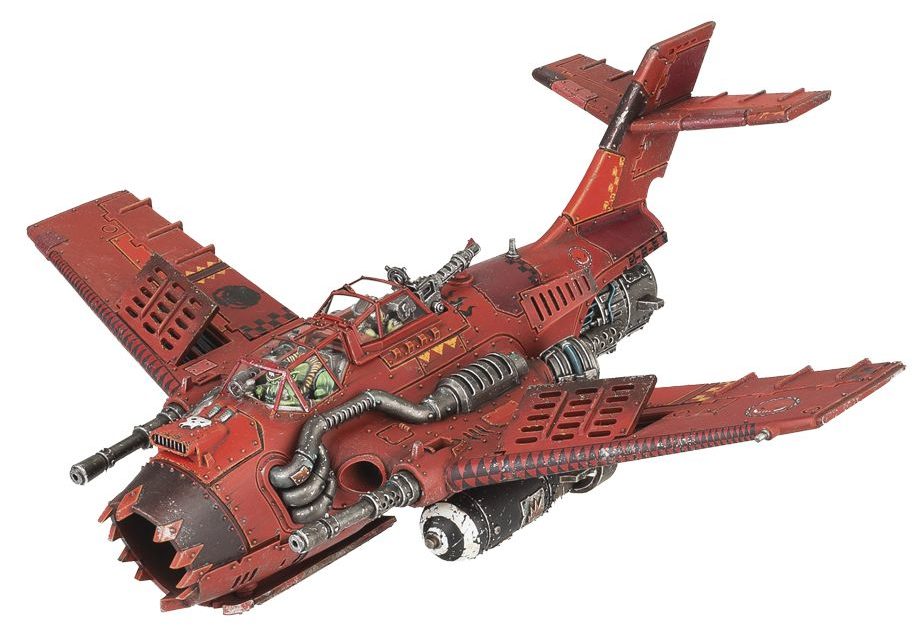