The Demigods Evolution project is now live on Kickstarter. Demigods Evolution is a tactical board game for 2 or 4 players and has an optional line of 35 mm resin miniatures that one can purchase/pledge. In Demigods Evolution, you become a Demigod who is to gather an army and clash against his opponents in order to become the next God of War! 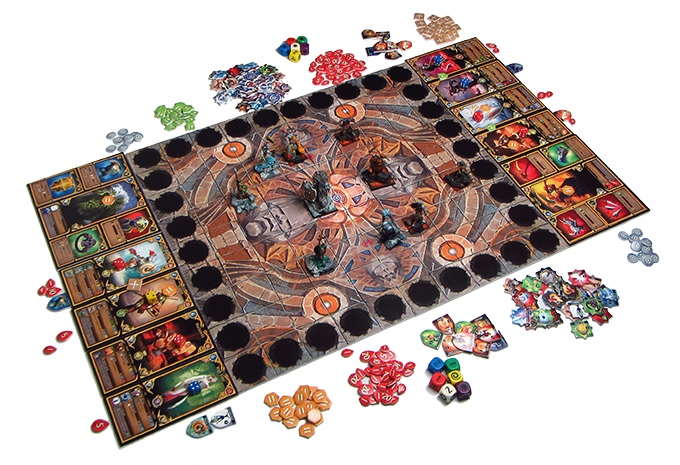 “If Magic: The Gathering ever became a tabletop game, this is how I would imagine it” Warren from Beast of War

Not to be confused with Demigods Rising, which was the previous Kickstarter game. So whats the difference between Evolution and Rising? Simple, Demigods Evolution will have higher quality Resin miniatures as certain pledge levels as opposed to more generic plastic miniatures found in Rising. The game is the same and people that pledged for Rising can move their pledge to Evolution if they so want through two special pledge options. The resin miniatures will have different assembling options giving you some options on how your heroes look.

The game is produced by Kicktotal Games, but they have partnered with other industry leaders to ensure a top quality product. The game will be manufactured by Prodos Games, known for AVP and Warzone Resurrection. They have also partnered with Awaken Realms to offer a miniature painting service with this project. I think this is a great idea and if you have some surplus funds you can get your miniatures painted to a very high quality. Here’s a short video showing a few of the resin miniatures.

The base game doesn’t come with any miniatures but you get everything you need to play the game albeit on a less grander scale 😉 It cost $69 to pledge. Check out the list below: 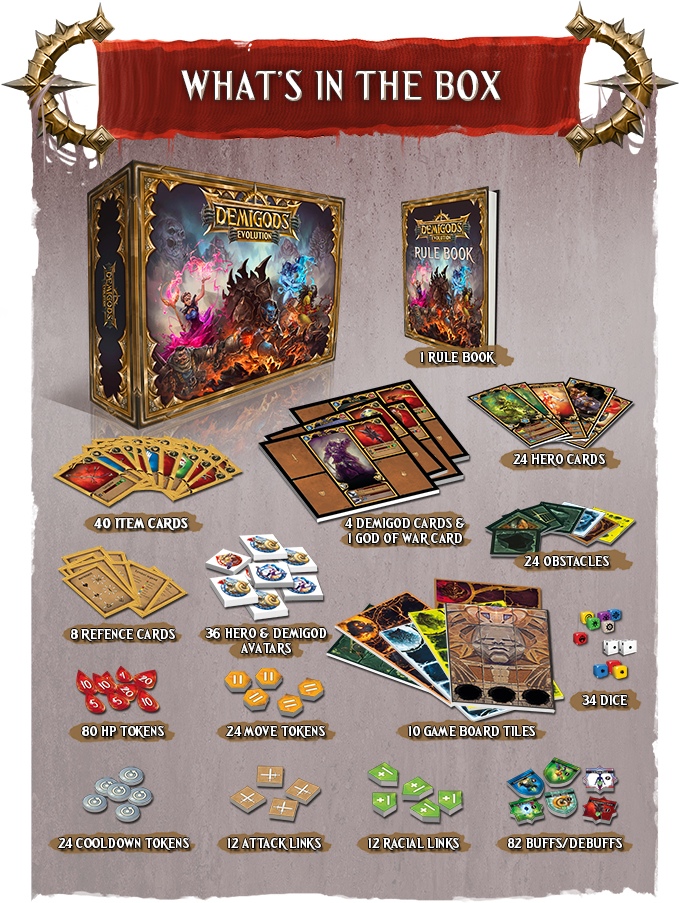 If you want to get some miniatures then you have a few options to choose from:

Two New Starter Editions has been added for $99

Made up your mind? Go pledge over on the Kickstarter page. I think the Mini Gold Edition offers the most value as all those resin miniatures will add up 🙂 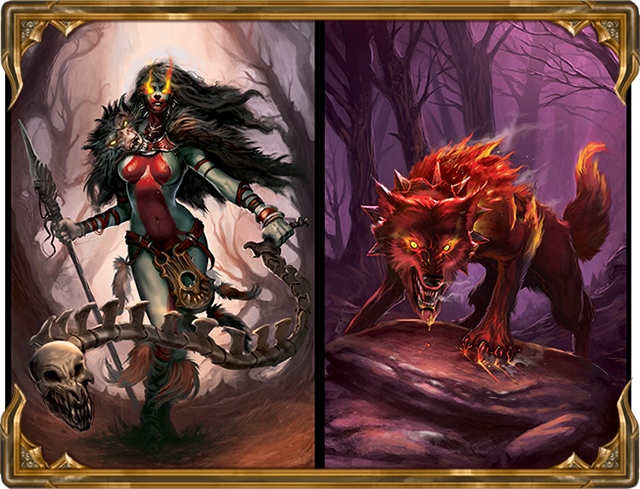 Demigods Evolution is a game with streamlined and innovative mechanics that are easy to learn, but relies heavily on hard-to-master tactics through which victory can be achieved.

You can check out the guys from Beasts of War giving an overview of the game. They have the Demigods Rising version from the previous Kickstarter project, but the mechanics and gameplay stay the same.

The gameplay looks rather interesting with a whole lot of mechanics and options to keep in mind. After a few games this could become a great competitive game and I can already see players tinkering with different strategies to overwhelm the opponents. There is a free Print and Play download available from the Kickstarter page if you want to try the game out before pledging. I do like this project, , two new starter editions have been added and I can imagine that they will be popular for players backing the project for the first time. I still think that Evolution should be considered as the Collectors or Deluxe Edition of the game and as that it really does make sense.