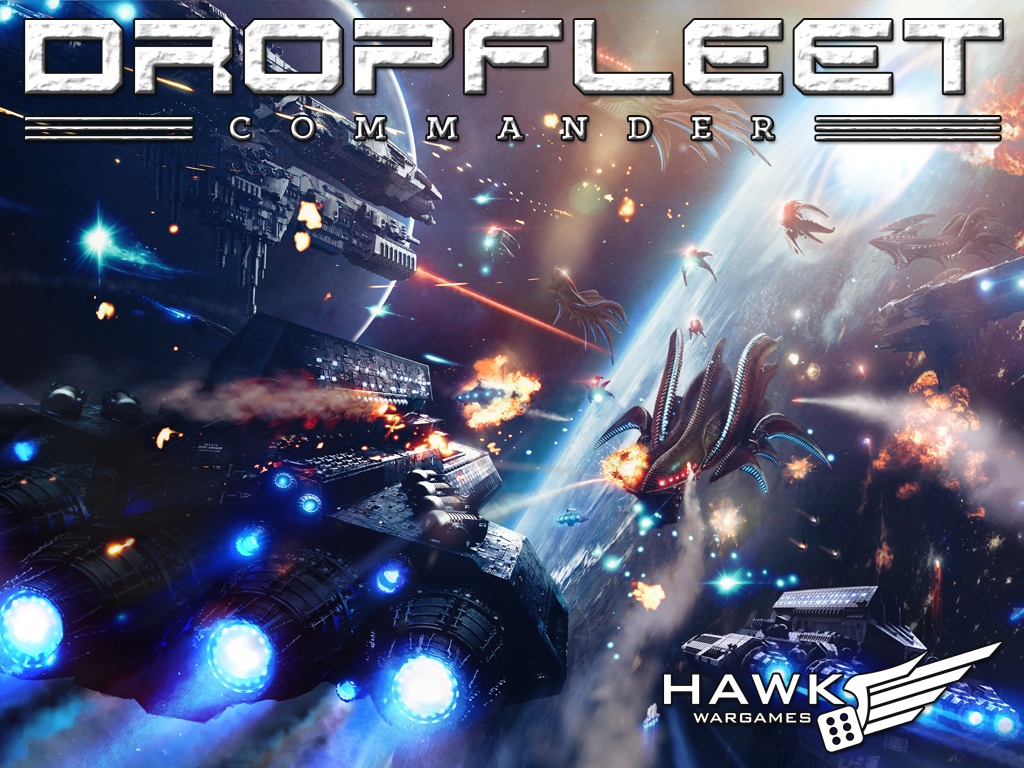 Players command destructive fleets of void capable ships and battle for control of planets, fighting for the future of mankind itself!

There are a bunch of pledge levels available including a 2 player starter set. That starter set contains 2 fleets, one for the United Colonies of Mankind and the Scourge. Other fleets will become available as extra purchases if they are unlocked through stretch goals. The campaign has already been funded and looks set to reach a number of the stretch goals. Estimated delivery is June 2016 and pledges start at £45 with the starter set costing £60. You can check out the Kickstarter project here.

The 2 player starter box contains everything you’ll need for a game of Dropfleet Commander. Here’s what you get: 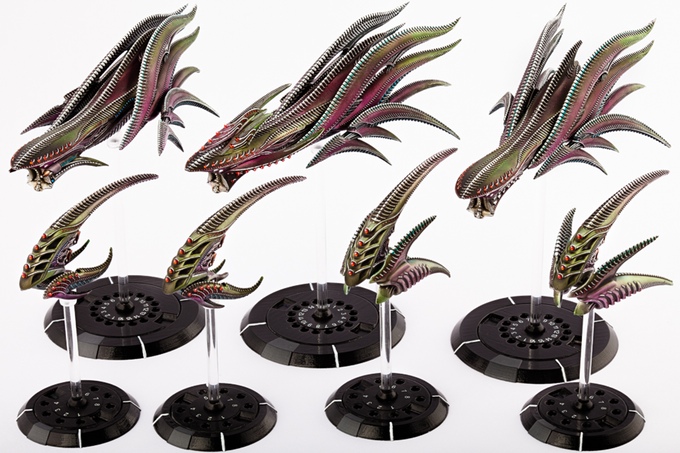 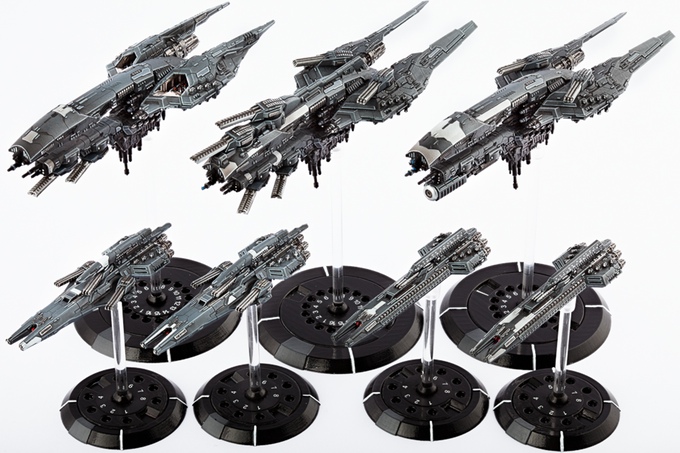 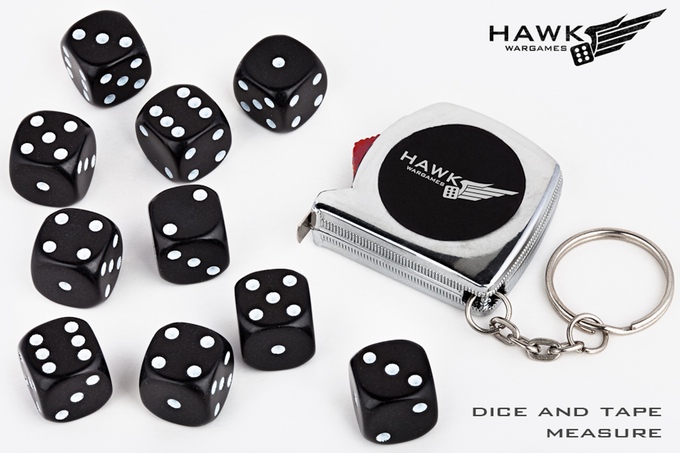 The models look great and hopefully we can get a few more fleets unlocked through the stretch goals.