This week sees the re-release of  Grukk Face-rippa, and he’s bringing along a few boyz! Warboss Grukk’s Boss Mob contains him and a kit of 5 nobz. 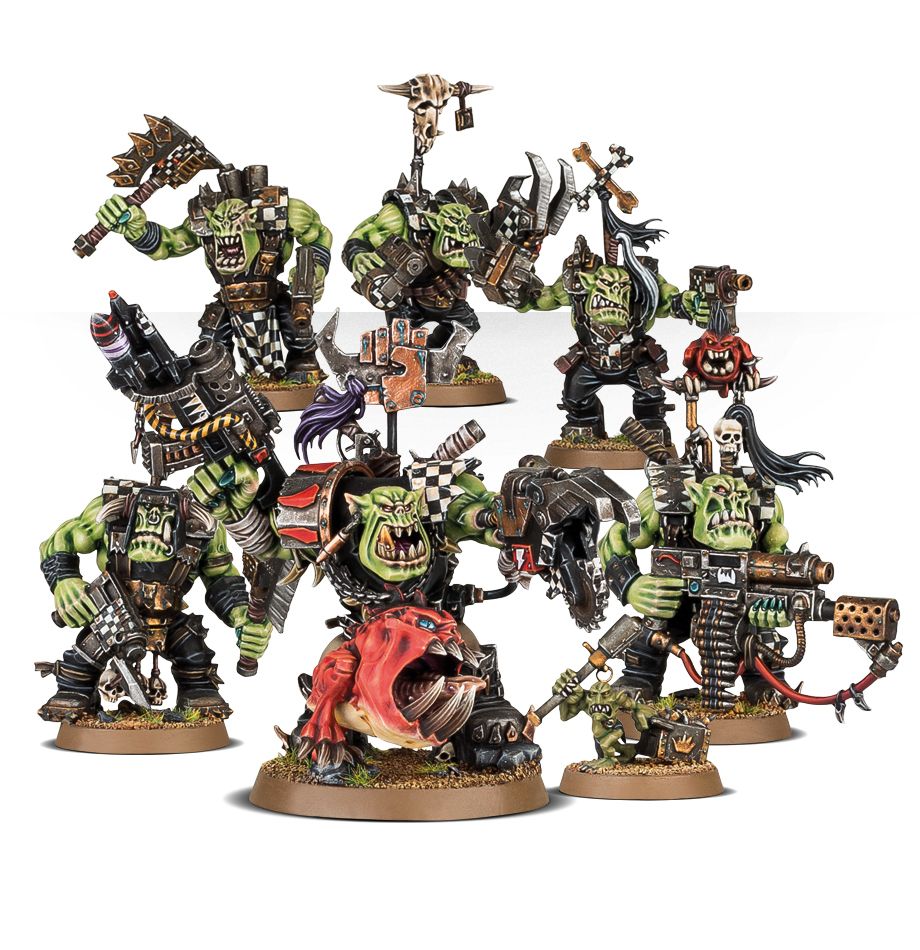 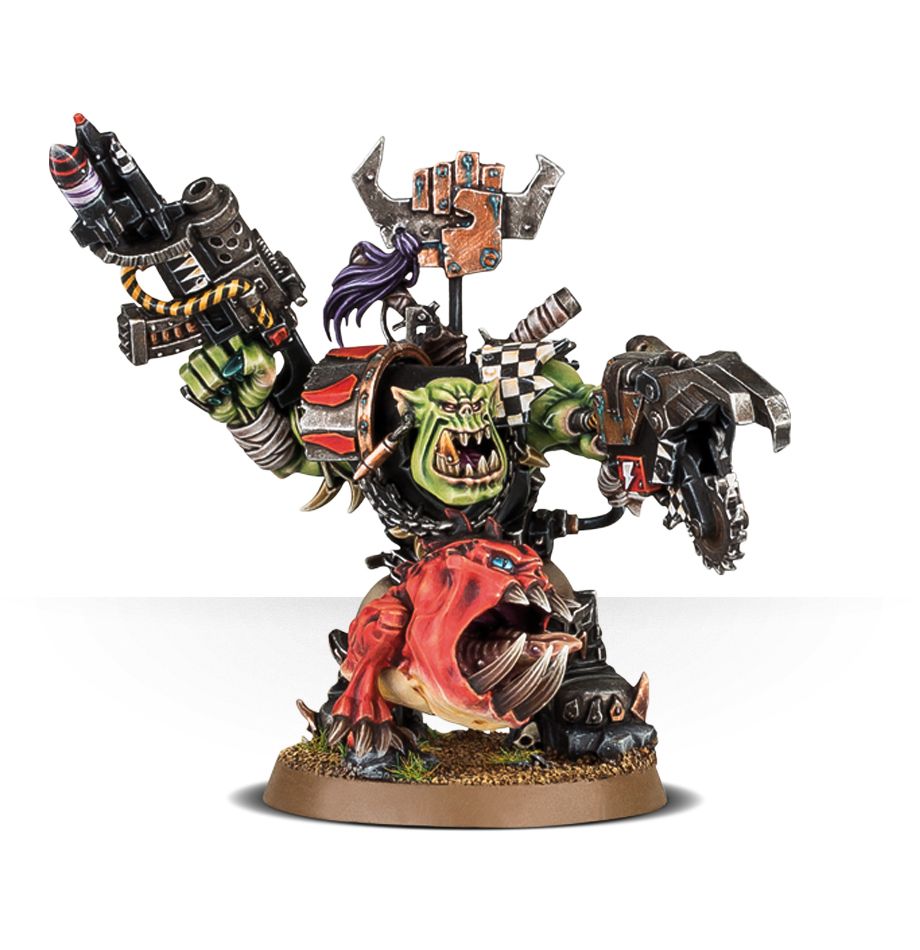 Warboss Grukk is huge even by Ork standards and his lust for violence perfectly matches this. Feared even by those that follow him, Grukk set off to conquer planets and even systems.

This set gives you Grukk Face-rippa wielding a kombi-weapon and a power klaw, as well as an attack squig. The nobz are the normal kit and offers a huge amount of bits to truly make your nobz unique. The kit cost £32.50 and can be ordered here. So this is your chance to grab this awesome miniature if you missed out on the Sanctus Reach Stormclaw set. More images below! 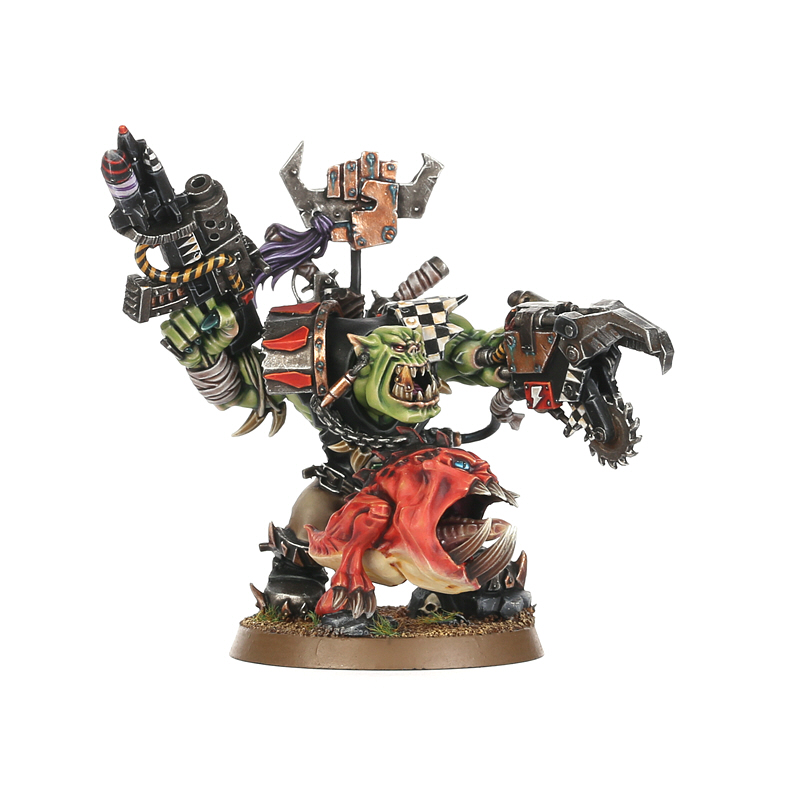 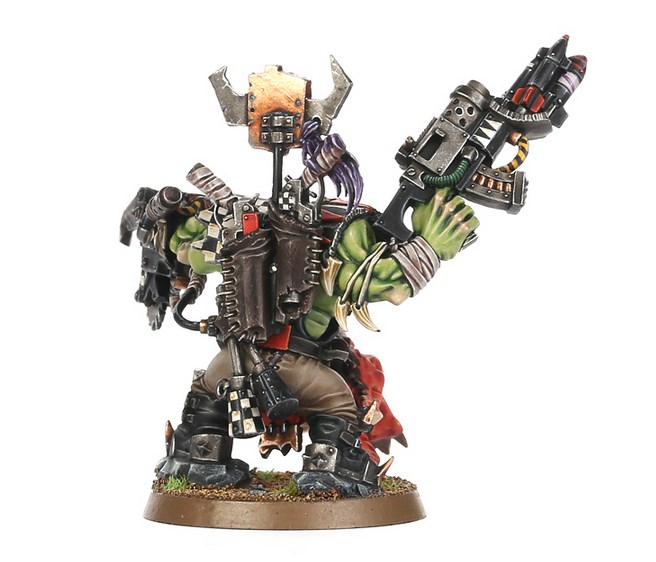 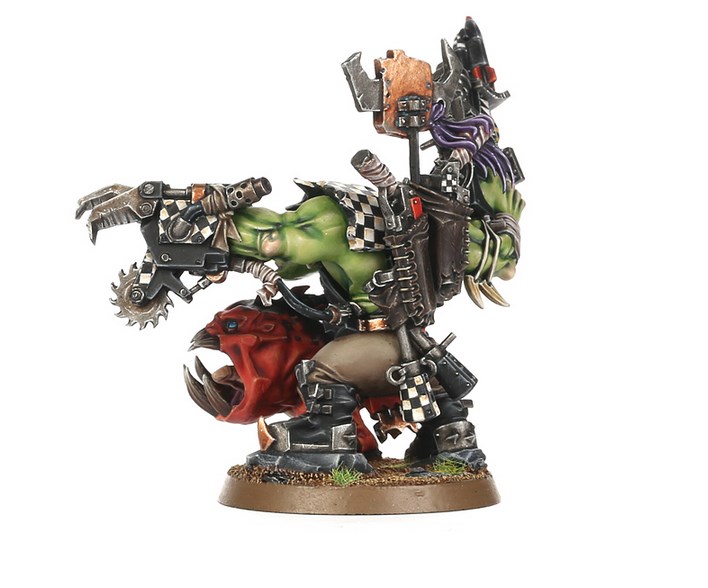