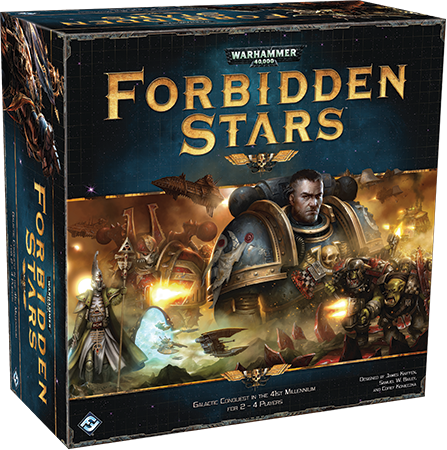 Forbidden Stars is an upcoming Warhammer 40K board game from Fantasy Flight Games. It is scheduled for release in the 3rd quarter of this year and will retail for $99. The game is now available to pre-order.

“In Forbidden Stars there are no peace treaties or negotiations. Only through war can you achieve victory.”

The game is set in the Herakon Cluster, which until recently was unreachable due to Warp Storms. Now the armies of the Eldar, Orks, Chaos, and the Imperium has engaged in a free for all to claim the lost resources and treasures of this sector. The game is designed for 2 – 4 players and features planetary conquest with brutal battles.  You will have to build up your army, pick your battles, claim your own objectives and deny the enemy theirs to grab victory.

Claimed planets provide resources and other bonuses. The resources are used to fuel your war machine, in the form of building and upgrading units, building structures and supporting your troops. The game looks to have a lot “building” options, including expanding your base, setting up defensive structures and getting your production factories setup. Resource management will be a critical part of winning the game. 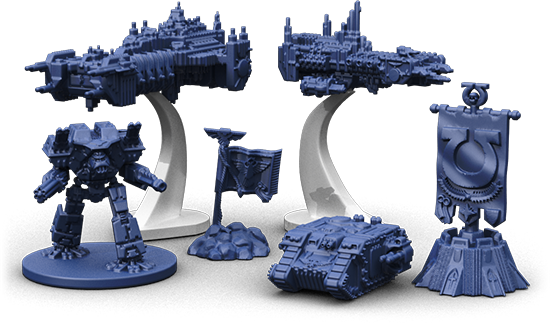 All battles use a combination of cards and dice, which open up different options for each encounter. The cards are unique to each faction giving a lot of flavor to the game. The game will have a lot of replay value as the board is constructed out of twelve double-sided system tiles every time. It is possible to combine and mix the tiles to get a unique setup every game. 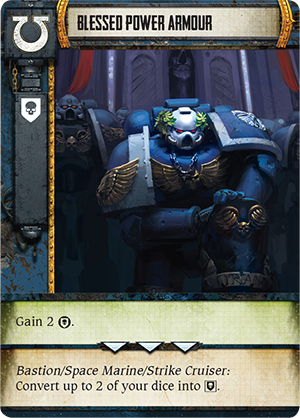 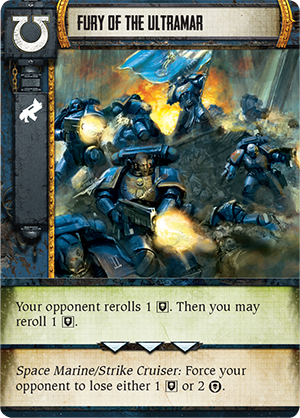 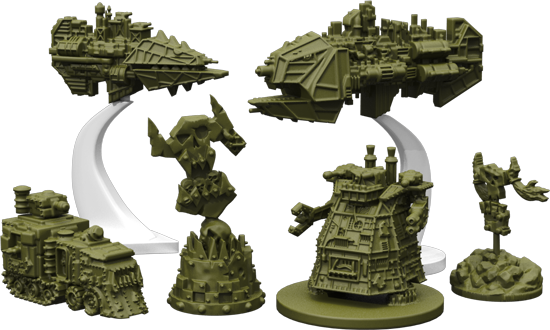 “We is gonna stomp da universe flat and kill anyfink that fights back. We’re da Orks, and was made ta fight and win.”

The Orks are a savage yet cunning force to be reckoned with in Forbidden Stars. Their game style has been designed to fit well with the 40K lore. You can expect the Orks to outnumber the other factions when it comes to troops either through units on the board or better access to reinforce tokens.  The Orks are able purchase a new unit when they resolve a Dominate order and don’t need to issue a Deploy order like the factions. The Ork player will also be able to force opponents to make certain re-rolls with his strategy cards – sneaky git!

Forbidden Stars looks to be war on a grand scale and I can’t wait to see more of it! Check out the Forbidden Stars trailer if you need more convincing 😉