Some great new releases from Forge World and Warhammer Forge.

This is the eagerly-anticipated first book in a new series from Warhammer Forge, and as its name suggests Monstrous Arcanum deals with a veritable carnival of monsters both arcane and bloodthirsty. Within this 113 page, full-colour hardback book, you will find 32 new monsters – nightmarish horrors and noble beasts, creatures of magic made flesh and the victims of terrible curses inflicted by dark powers – presented in the form of Binding Scrolls for use with any Warhammer army.

These are not limited to just Storm of Magic games, however, as the book contains nine scenarios and special rules to allow these deadly creatures to be fielded in regular Warhammer battles, and a helpful appendix chart to allow you to theme your monsters to your army.

Lavishly illustrated throughout with some of the finest artwork yet produced by Rhys Pugh and Sam Lamont and presented in gold-inlaid leather effect binding, Monstrous Arcanum takes the form of a detailed bestiary of these infernal and terrible creatures, and also contains new magic items and artefacts alongside a short narrative campaign. Our Visual Feed channel on youtube also has an interview about Monstrous Arcanum with Alan Bligh.
This fantastic book will be on sale in limited numbers at the Forge World Open Day on Sunday 1st April, and is also available to pre-order now for despatch from the 10th April. 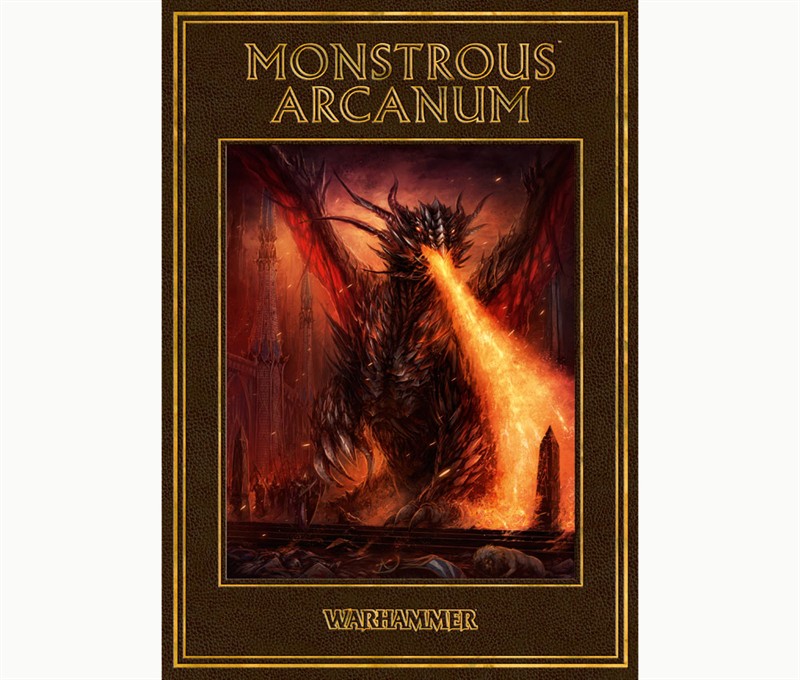 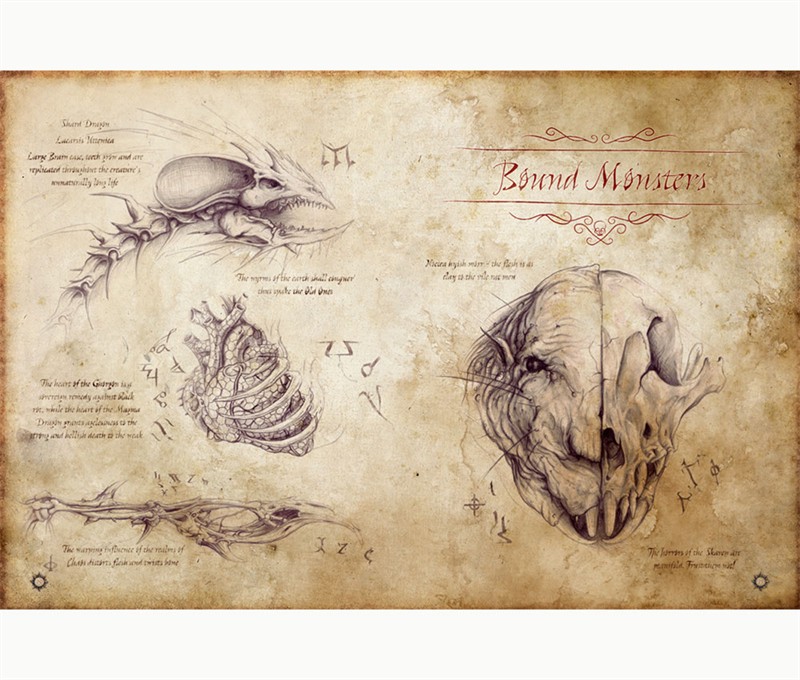 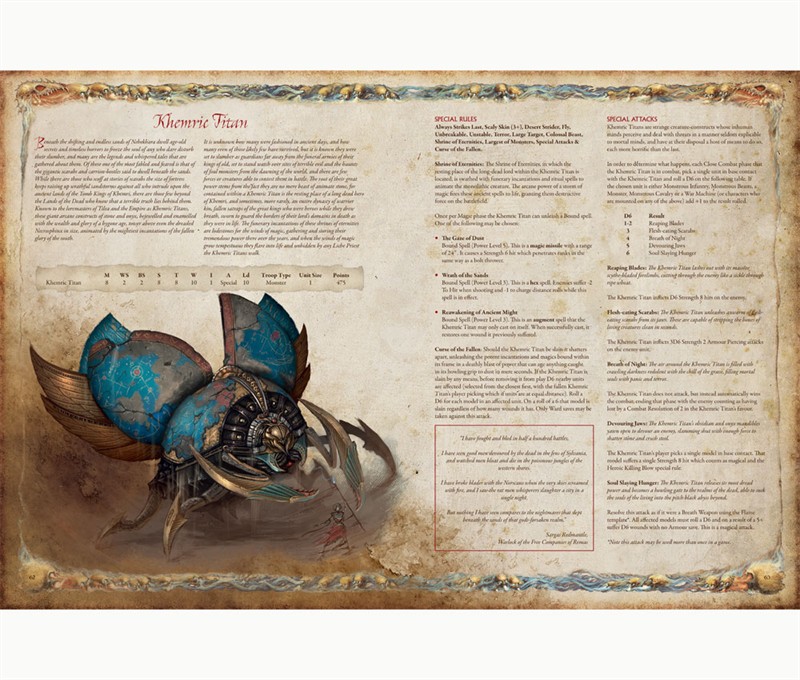 Tactical Dreadnought Armour, or Terminator Armour as it is more usually known, is the most resilient form of personal protection available to the Adeptus Astartes. Originally developed during the closing years of the Great Crusade, and adapted from the heaviest of industrial gear, several types and patterns were developed concurrently.

Of these, the Indomitus pattern is perhaps the most widespread, due to its template being held on key Forge Worlds such as Mars, although Tartaros Pattern Terminator armour is also issued to the Veterans of a Chapter’s 1st Company. Perhaps the most advanced form of Tactical Dreadnought Armour, the Tartaros pattern shares many systems with the MkIV ‘Maximus’ pattern of power armour, and provides greater mobility for its wearer than the Indomitus pattern with no loss in durability or protection.

The Tartaros Pattern Terminators set, models designed by Will Hayes, is a full resin kit that comprises five Terminators, armed with power fists, a power sword, storm bolters, a heavy flamer and enough optional attachments to arm four Space Marines with chainfists.
Please note that these models are not compatible with our range of Terminator Shoulder Pads.

This detailed squad will be available to purchase in limited numbers at the Forge World Open Day on Sunday 1st April, and is also available to pre-order now for despatch from 10th April. 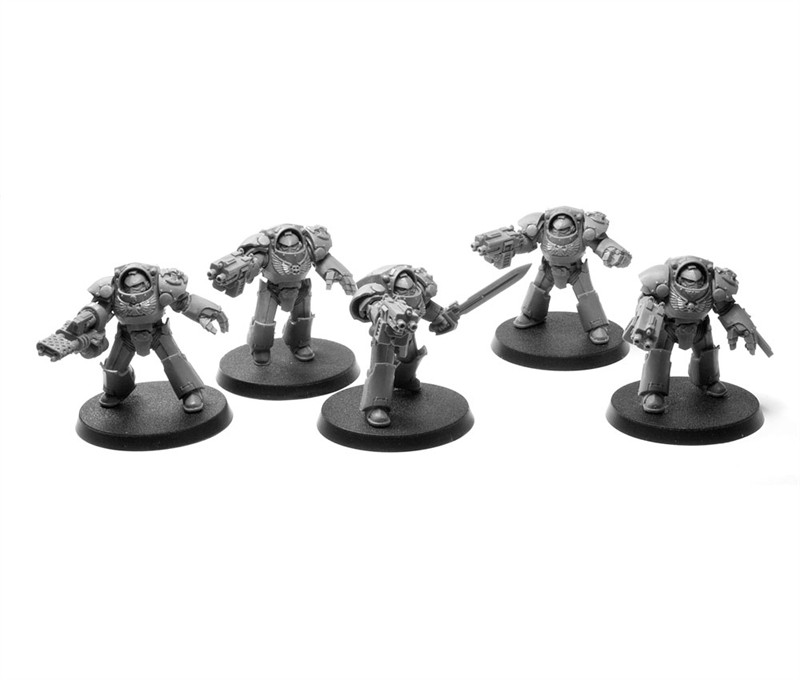 Asterion Moloc and Ivanus Enkomi of the Minotaurs

The name of the bloody-handed and paranoid master of the Minotaurs Chapter, Asterion Moloc, is a byword for slaughter and destruction in the name of the Imperium across a hundred worlds, yet he is also a diligent and disciplined logistician and a master of siege craft. In battle he can most often be found at the head of his 1st Company Terminators, and when not prosecuting a conflict he occupies a brazen throne at the very heart of his flagship, the labyrinthine heavy assault carrier Daedelos Krata.

The gaunt and brooding Reclusiarch Ivanus Enkomi became the eyes and voice of his master during the Badab War; an aloof and distant observer at Carab Culln’s war-councils. A paradox, whose red-irised eyes and crimson-tattooed features speak of some feral origin, yet in whose voice lies a capacity for fierce and stirring oratory, Chaplain Enkomi is a skilled tactical commander, most notably during the Loyalist attack on Shaprias that uncovered the black depths to which the Tyrant of Badab’s treachery had sunk.

Asterion Moloc and Ivanus Enkomi, designed by the talented Simon Egan, are incredibly detailed multi-part resin figures available as a set of two models. The set is available to pre-order now for despatch from the 2nd April, and rules for these special characters can be found in Imperial Armour Volume 10: The Badab War Part 2. 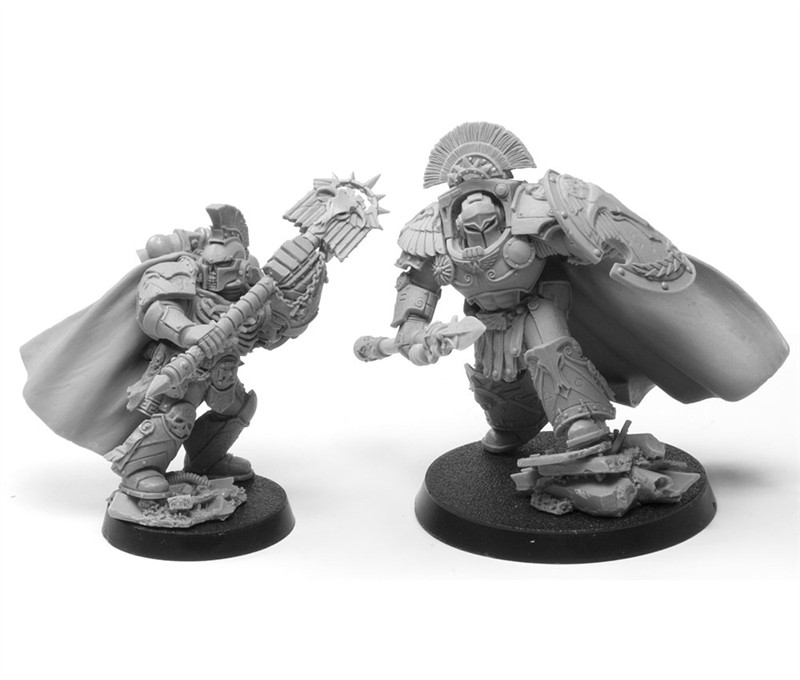 The Rapier Armoured Carrier is an ancient device, one of many such technological relics of the dawning days of Mankind’s stellar empire. A bulky, armoured track unit, which mounts a powerful antomantic reactor, the Rapier is often armed with a powerful quad lascannon known as a laser destroyer. This has become synonymous with the Rapier Armoured Carrier itself, and the Graia Pattern Rapier Laser Destroyer is perhaps the most common design of this potent anti-tank weapon in use.

The Space Marine Rapier Laser Destroyer is often deployed by many Space Marine chapters, especialy those descended from the Imperial Fists and Iron Hands Legions, and is widely used during Boarding Assaults and in the close and deadly confines of Zone Mortalis. Model designed by Mark Bedford and Will Hayes, this multi-part resin kit is supplied with two Space Marine crew in MkIII ‘Iron’ Armour and is available to pre-order now for despatch from the 2nd April. Experimental rules for the Space Marine Rapier Laser Destroyer care available to download from the Forge World website now. 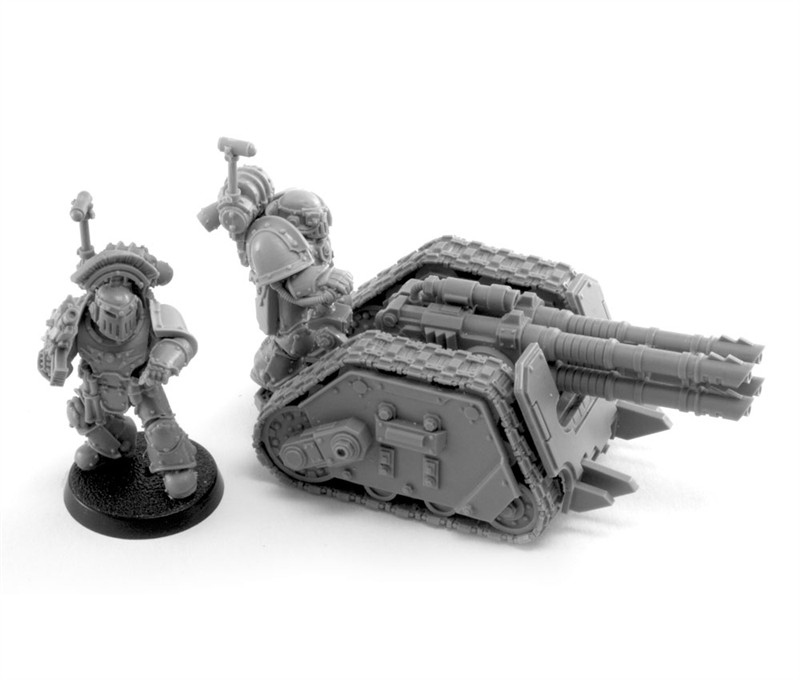 Whether you’re building and painting a centrepiece model for your army or a detailed diorama for display, Imperial Armour Model Masterclass Volume 2 is packed with innovative techniques to help you create stunning models.

Among others, you’ll find construction and painting articles on models such as the Imperial and Chaos Reaver Titans, the Great Brass Scorpion and the Crassus Armoured Assault Transport as well as in-depth construction guides focussed on our display tables such as ‘Encounter at the Balmaeus Ice Mines’, built alongside Imperial Armour Volume 11: The Doom of Mymeara (which you’ll be able to see in all its splendour at the Open Day).

The book also contains detailed galleries of some of our iconic models, including the Vulture Gunship and Keith Robertson’s fantastic Saim-Hann Phantom Titan bust. 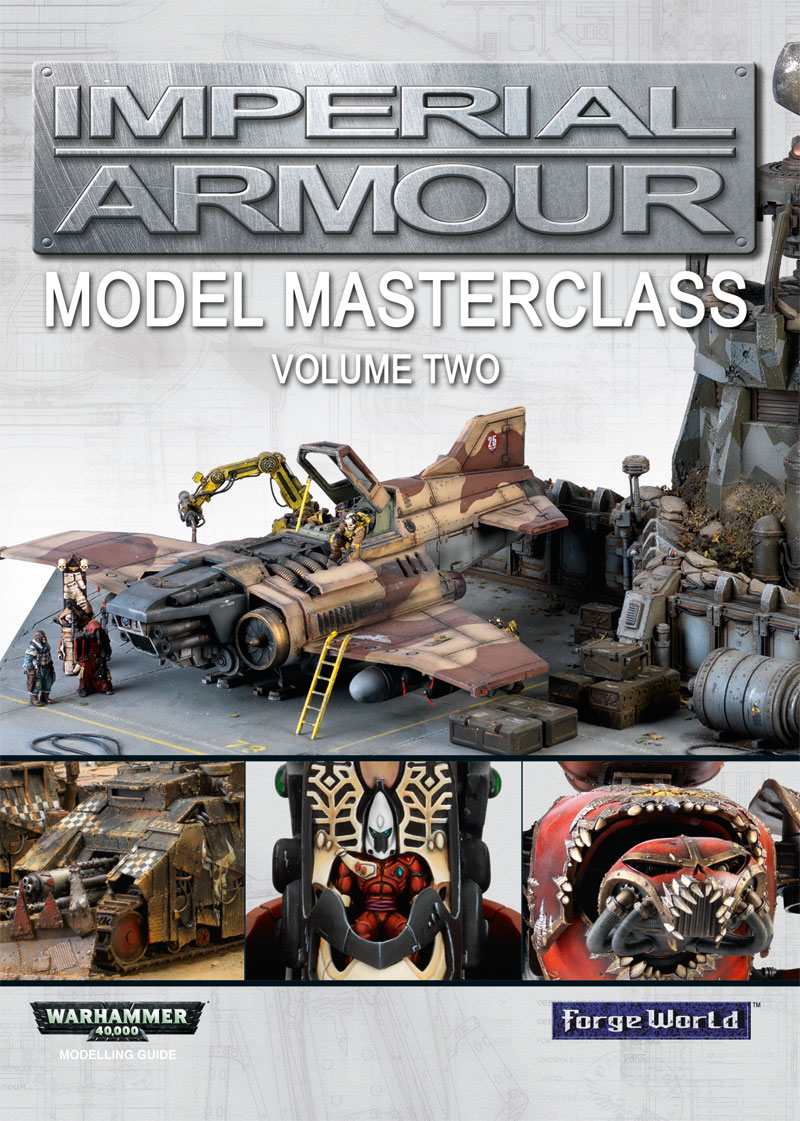 Shit, with all the new paints and Warhammer Empire releases and all the goodies listed above, April will be a glorious month indeed!

Now all I need are blessings bestowed by the Gods of Finance – Mammon, if you are listening, fuck you…