The Grimm Forest Board Game on Kickstarter

The Grim Forest is a new board game by Druid City Games. In it 2 – 4 players need to outwit one another and build 3 houses first to win. It’s currently already been funded on Kickstarter and you can get all the info here. Take a look at the Kickstarter video below:

Can you outwit your friends and build three houses before anyone else? Seek help from legendary fairy tale characters and avoid the cunning creatures that lurk in the forest to become the greatest builder in the land! 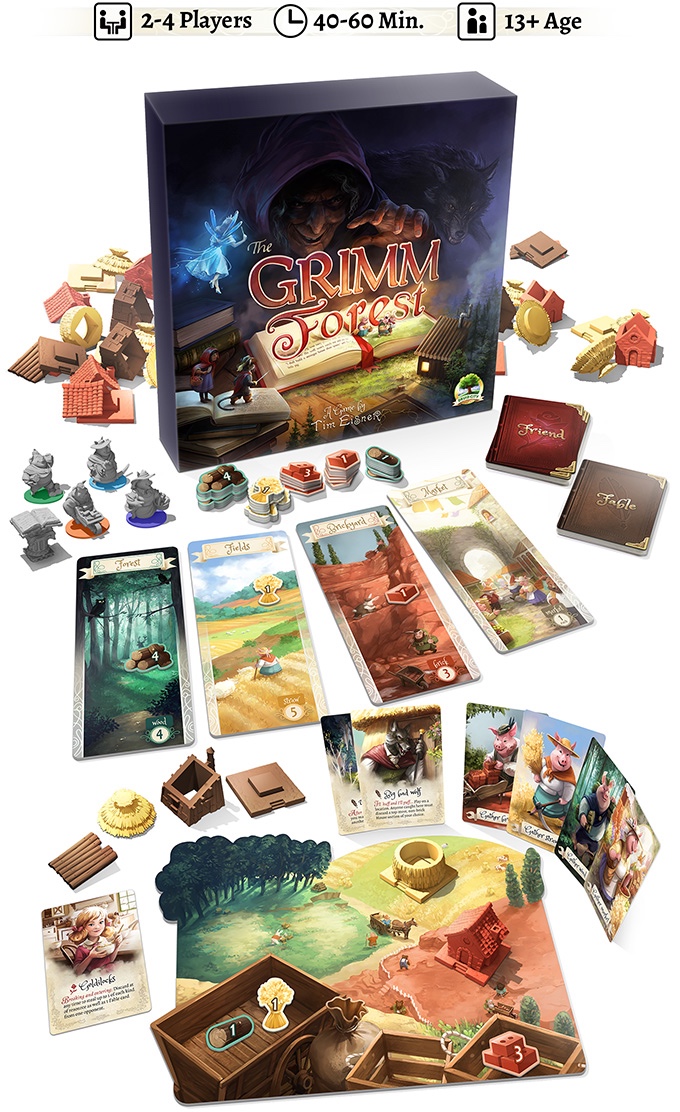 The Grimm Forest Board Game

In The Grimm Forest, each player is a  niece or nephew of one of the 3 Little Pigs and are competing to be the first to build 3 houses of either Straw, Wood or Brick. A rounds has two phases : Gather and Build. The game continues until a player builds 3 houses, any ties as game end is broken by the type of houses built, with the sturdiest (brick) to weakest(straw) helping to determine the winner.

In the Gather Phase, players secretly choose a location to get materials from and are also allowed to play fable card to help their or discourage an opponent’s efforts. If more than one player ends up at the same location, the resources found there are shared. But if you manage to be the only players at a location then you get all the goods.

Once all players has selected their location and cards, they all get revealed and resolves from the first player that round. Then all resources are gathered and the build phase starts. The build phase enables players to spend the resources gathered to build their houses. 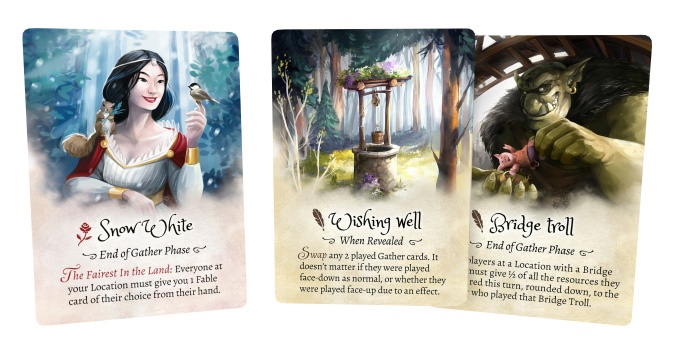