I am speaking to all 4 of my readers. I apologise for not posting in awhile but that is a result of a) exams and b) I have no idea what to write about, help me out! I realise that there isn’t many of readers (you) or people with any sort of interest, but if you do actually want me to write (poorly) please give me some ideas about what you would like to see. Trust me I have alot to say, I just don’t know what you want to hear.

Yay! A tournament, I have been itching for a new tournament they are so fun and with exams I have been pretty busy and unable to get as many games in as im used to. I encourage anyone who has any sort of plastic/metal/resin on a round piece of plastic to participate. I shall be using my Grey Knights once again for that optimal cheese factor even though it didnt work so well for me last time but its cool i will just avoid orks, demons and chaos. The prize is a dreadfleet game, I was pretty excited until I heard that its played with wooden ships on water (not in space) and on square bits of plastic, but Im sure it would be a pretty nice addition to the club. I will see what I can do. On a side note how was the fantasy regionals? I saw the results but some feedback would be pretty cool.

Last time I spoke about the difference between unpleasant and competitive players, this guy is just an ******* (for the protection of little Jack’s innocence).

I dont know what his real name is but he is a pretty well known 40k blogger and player in the states. I just wanted people to see the extreme, its pretty funny. He seems to get support partly from being a decent player but mostly from being extremely inflamatory. After reading around on the internet (instead of studying) I found quite a few tournament reports by him and some of his opponents, its hilarious. When he wins he trash talks his opponents on things which have nothing to do with the game (he dresses poorly, stutters etc) when he loses he either claims that his opponent was cheating or he actually won, his opponent just got lucky. He has even been filmed cheating in one of the biggest tournaments. He mooches off of his fans to send him to tournaments. In games apparently he refuses to explain anything to his opponents and mocks them on personal aspects. He is a tool of note. I know this does not have much relevance but I enjoy following his posts on account of him being just an unemployed guy who thinks he is better than anyone else because of a board game. Hahaha

Transport for  your army is important but people sort of ignore it since the normal stuff you have to buy is crazy expensive. Not completely true with KR multicase. It is a British company that produce foam and cases (a HUGE variety) which is substantially cheaper than the competition (ie battlefoam). I have used their foam before but not the cases although they have gotten great feedback on everything. How their system works sounds rather… crappy but bear with me. The core of the products are their cardboard carry cases with 4 inches of foam trays, cardboard sounds like a horrible idea i know but its actually really really durable and cheap. The idea is that you get the cardboard carry cases for storage as well as a case for the cardboard when you travel with your miniatures. I seriously recommend thinking about using them if you are looking for some kind of stoage/transport system. True it is more for the person who has disposable wealth to throw around and who is perhaps taking the hobby a little to seriously. Im the latter.

This is what I want 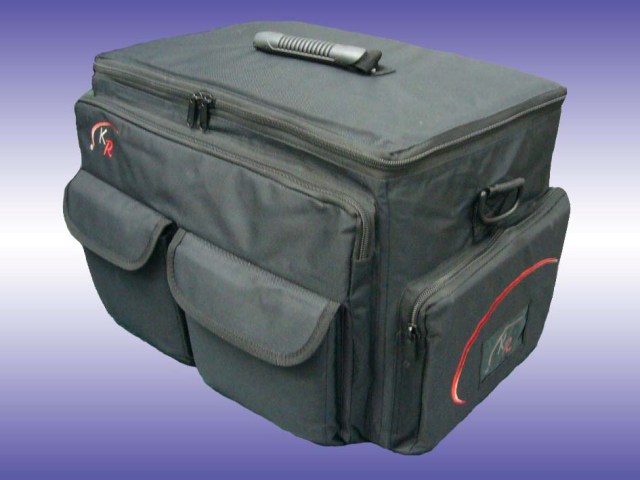 As you can see it has loads of pockets for all those little things you need (rulebook, dice, tape measure, .45 etc). This particular case is the kaiser 2, the 2 indicating that it hold 2 of the cardboard cases which is a considerable amount of miniatures. Their foam is fantastic, its comes in so many variations and if you cant find stock trays which fit your needs you can get the “pick and pluck” foam which allows you to make the spaces, even better is the custom which are custom cut for specific models such as drop pods for example, if even this is not good enough you can design your own trays which they will cut for you! Now I just need to find some of that disposable wealth.

4. Tactic of the week

This is a little risky, I dont want people thinking im an arrogant nerd (see number 2 above). I do not consider myself to be an amaxing player but i do think I know a thing or two, we all do, its time to share. Lets start with something basic – the denied flank

The denied flank is great when your army is smaller, faster or hopelessly outnumbered. For this to work you need your opponents army to be stretched across his side of the board, to do this you either leave him to it and he deploys along his board edge (often the mistake ork players make in my opinion) or you trick him into doing it. You trick you opponent into this deployment (if you deploy first) by deploying a dummy in the centre of your deployment zone, preferably your dummy should either be expendable or fast because its not going to survive long by itself. The rest of your force (deathstar) is either kept in reserve (very risky) or ideally comes on in something like dawn of war. So now your opponent thinking that the threat will come up behind your dummy unit either might consider that spreading his forces along his edge would be a good counter, which it would be if that was what we were going to do. When your force comes in it ALL comes in from a single corner making a death star. Now your whole army can work through your opponent’s piece meal since alot of his force will spend alot of time reploying, time you can use to chew on the closest enemies.

Thanks for reading, remember to send this off to people who would be interested, and let me know what you want to read about. 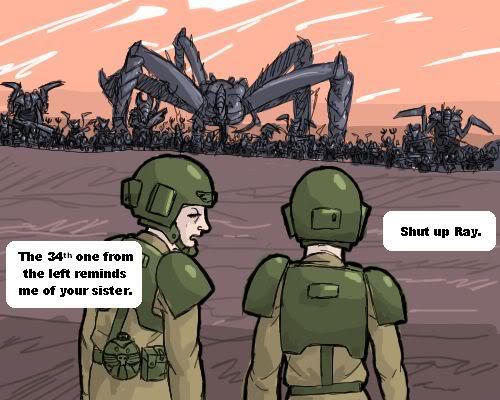 One thought on “Hello again”