Scale75 has just launched their Kickstarter for Busts of the Heroes of the Fallen Frontiers. The campaign has already been funded and there is a free miniature included in all pledges during the the first 24hrs of the campaign. Check out the Kickstarter video below:

The HEROES of Fallen Frontiers Busts by Scale75. A innovative project for collectors, painters and even gamers with desire to paint. 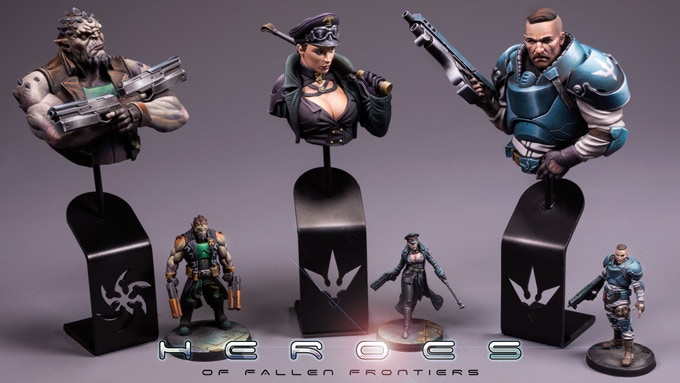 Here’s some more info on the project:

“Not only have we increased the size of the 35-mm figures from the game, we have enhanced their features and added much more detail. Some characters have been redesigned by as much as 80 %, and what is more various figures will be scaled up to a 75-mm large format if we achieve our goals. All our creations are now more striking, much more visually impactful, in a format that will stand out in your display cabinet or beside your Fallen Frontiers factions.

Even though these pieces are new and unique, we have been working on bringing out a completely distinctive line in our catalog called HEROES of FALLEN FRONTIERS, and to finish development and production we need your help. 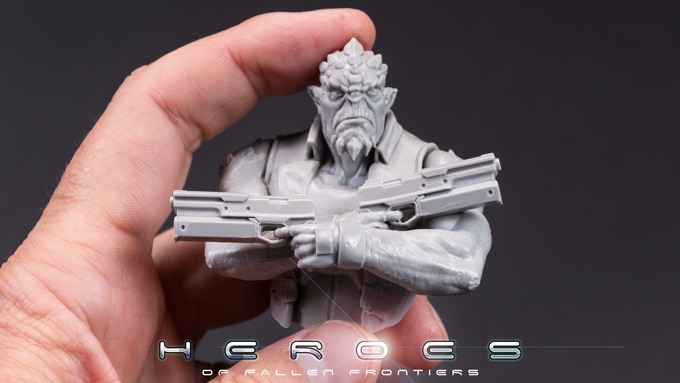 The reproductions have already been fully designed and modelled, all that remains is to finish drawing up the Box Art. We have been working for months to reach a stage where the campaign can be fast, with reasonably short delivery times.”