Forge World has released the latest entry in the Imperial Armour series, Volume Eleven: The Doom of Mymeara.

To ship on Friday, December 16th.

Featuring the servants of the Holy God Emperor – the Imperial Guard and your favourite bestial friends, the Space Wolves vs

the most noble of alien species, the Eldar.

The Imperial ice world of Betalis III is under attack from the combined might of three massive Eldar war hosts. Their motivation for attacking this seemingly insignificant planet is unknown, but General Myndoras Odon of the Cadian 6th Armoured Regiment is intent on bringing about the total destruction of these Eldar invaders. Wielding the might of three Imperial Guard regiments and joined by the savage strength of Bran Redmaw’s Great Company and the colossal power of Titans from the Legio Gryphonicus, the Eldar of Craftworld Mymeara, Craftworld Alaitoc and their Corsair allies may soon regret attacking one of the Emperor’s worlds.
Imperial Armour Volume 11: The Doom of Mymeara provides a detailed account of the Eldar invasion, as well as background and rules for its protagonists, the Eldar of Craftworlds Mymeara and Alaitoc, their Corsair kin and the forces of the Imperium. Also included are profiles for new special characters, machines of war, and a new Eldar Warrior Aspect squad, the Shadow Spectres. This 224-page full colour hardback book, written by Talima Fox, is packed with vehicle and infantry profiles, three Apocalypse datasheets, a campaign section and an Eldar Corsair army list. In addition the book also contains a detailed background and technical section covering the existing Forge World Eldar range.
Orders for this book will be dispatched on Friday the 16th of December. 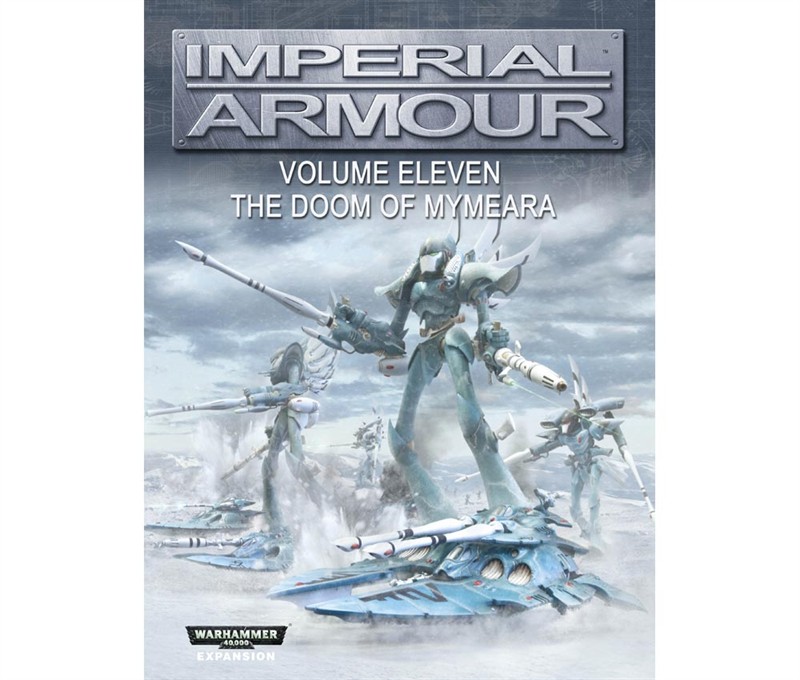 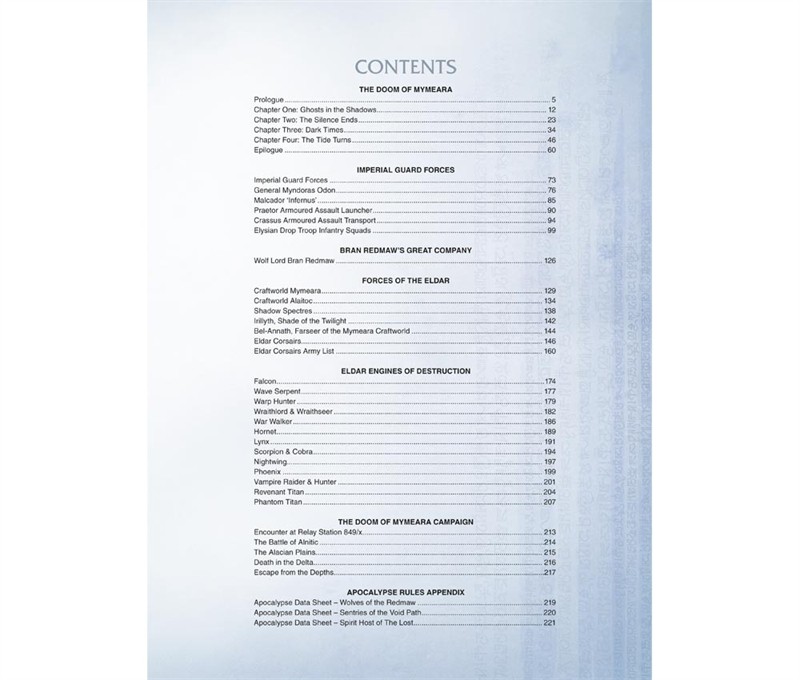 So much for the rumoured models of the  Thunderwolf Cavalry…lol, WTF!!!