Corvus Belli has launched their first Kickstarter project – Inifnity Defiance. It’s a Dungeon Crawler set in the Infinity Universe and looks to be a great entry point for new players into the Infinity universe. All the miniature will also be usable in the full Infinity game, making it a great way for veterans to get some more miniatures at a great price.

So what is Defiance?

“In Infinity Defiance, up to four players control a commando unit of four elite soldiers in the Infinity Universe. Through several missions, the Characters will gain new skills and access to the best equipment and armament, until they reach the final mission – when the fate of the Human Sphere will be in their hands.

Each mission is a survival challenge that’s played on a modular board.”

The miniatures will be of the same high quaility metal sculpts as those used for Infinity The Game, and as such all the new miniatures will be usable in the tabletop skirmish game. It’s a great way to start your Combined Army force as you’ll see below 😉 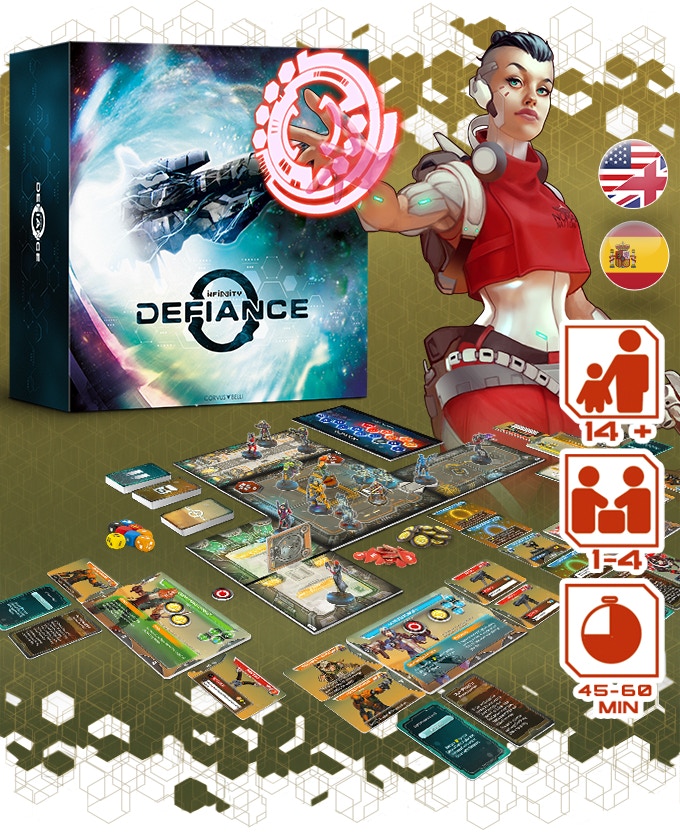 The core pledge gets you the game with all it’s board, tokens and 12 metal miniatures for 100 Euros.

The collector’s pledge adds another 21 miniatures at 160 Euros.

And then the Deluxe pledge as a scenery set at 180 Euros. You can pledge here and have a further look at all the project has to offer.

The project funded in about 14 minutes and now stretch goals are being unlocked adding even more value to the projects. If you ever wanted to get into Infinity then I highly recommend you check this one out.