Meet the Heroes of Vermintide!

All the heroes/classes for Warhammer: Vermintide has now been revealed. There will be 5 to choose from when the game launches, the Witch Hunter, Bright Wizard, Dwarven Ranger, Empire Soldier and Waywatcher. Check them and their weapon options out below. If you would like to know more about the game then visit our Vermintide page. 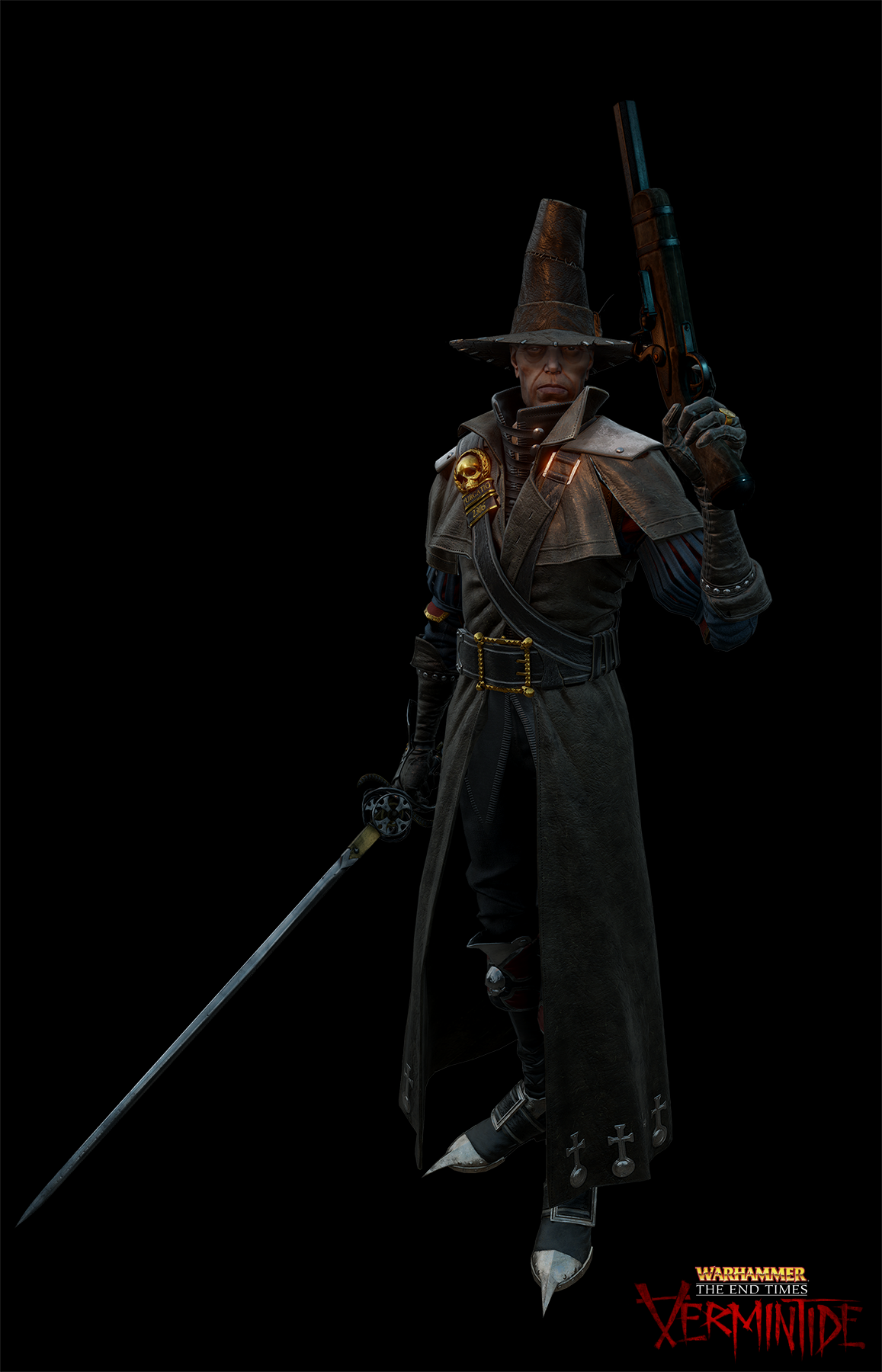 Meet Victor Saltzpyre, a Witch Hunter hell bent on rooting out heresy in the empire. He is a member of the Order of the Silver Hammer, which specializes in dealing with the followers of the Dark Gods. For the most part Which Hunters employ fast and light weapons with which they bring down any foolish enough to stand in their way. 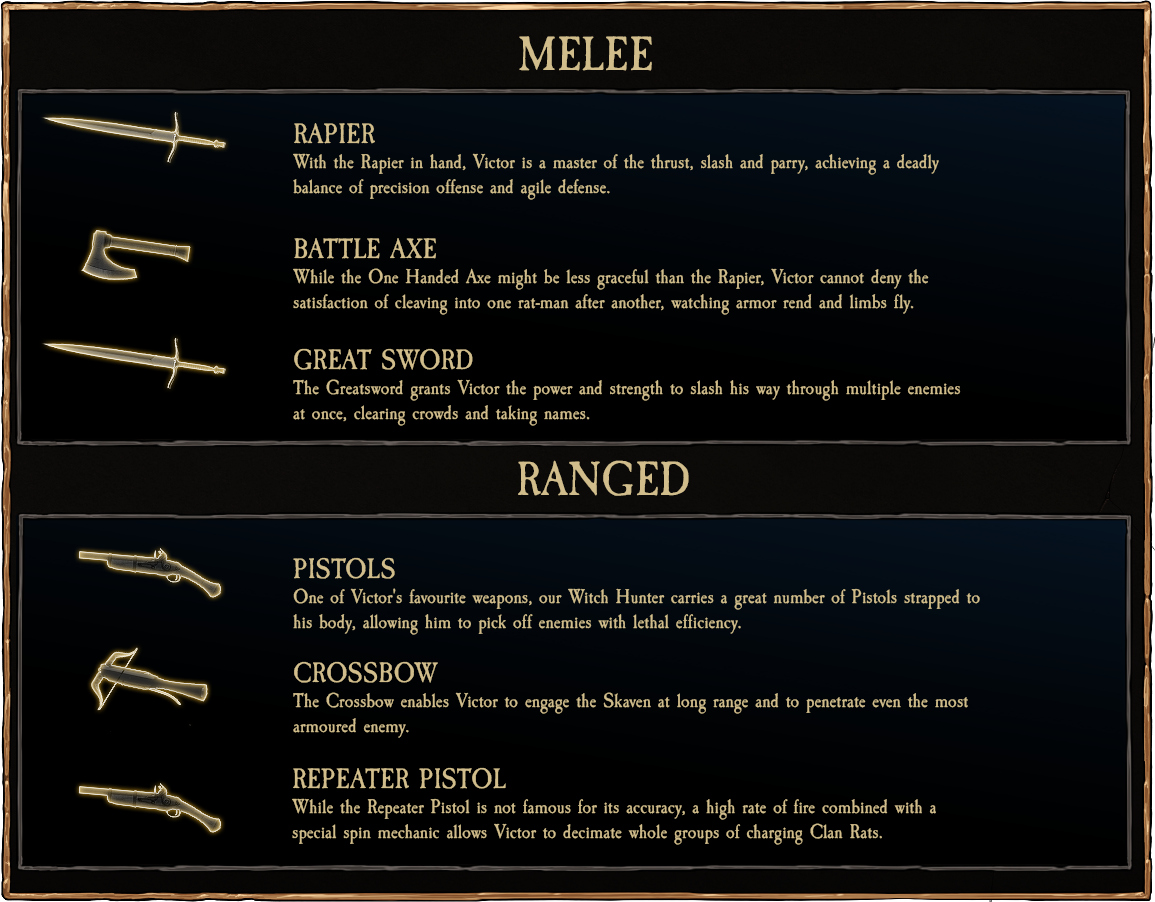 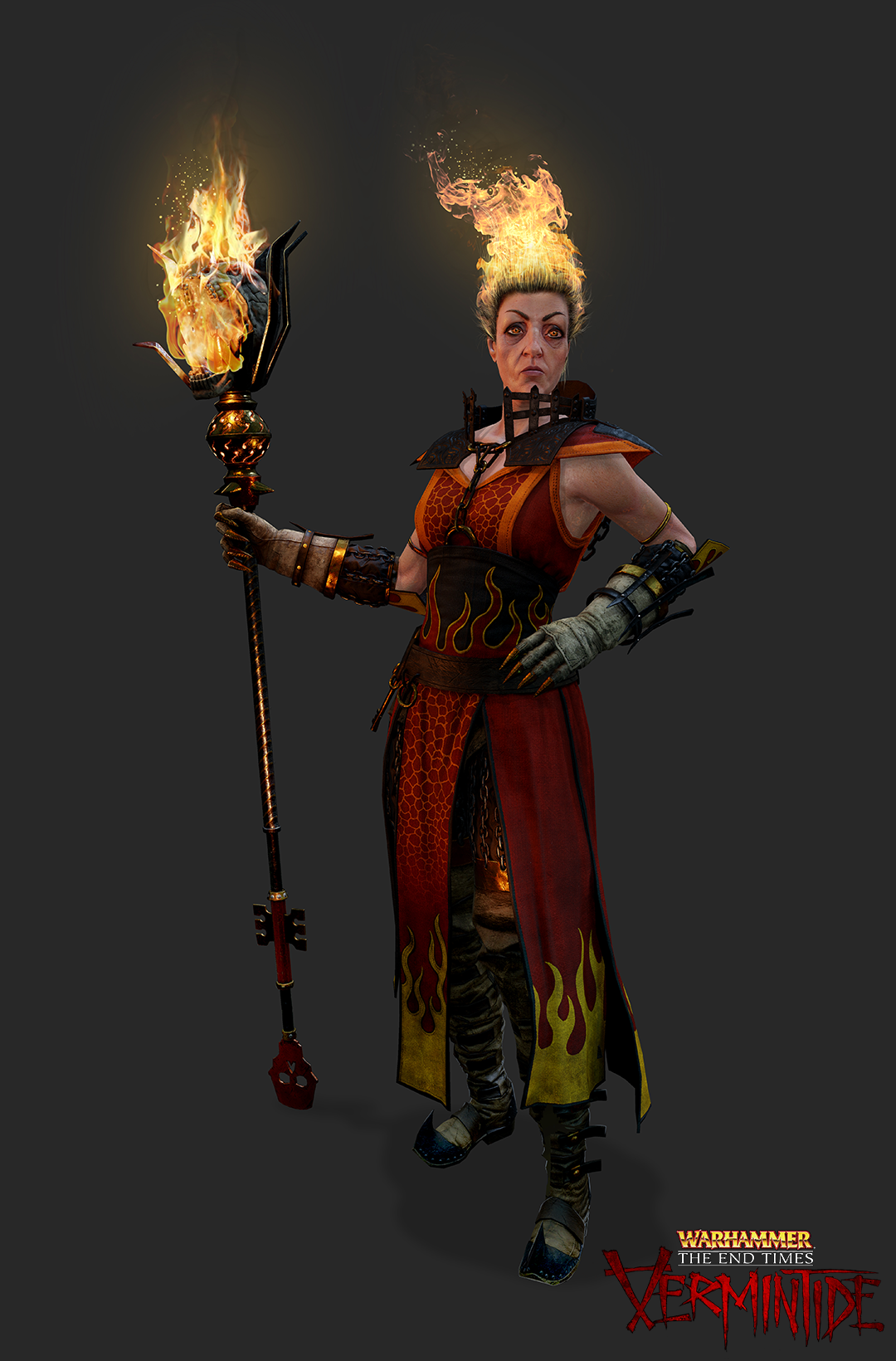 Sienna Fuegonasus is a Bright Wizard addicted to the rush of spell casting. She learned her trade in Altdorf and now roams the land in search of opportunities to test herself. Being a wizard she always has a staff in hand. She has a selection of staves to choose from, each granting her a different ability. The winds of magic are quite fickle and if she uses too much magic her flames will turn on her. 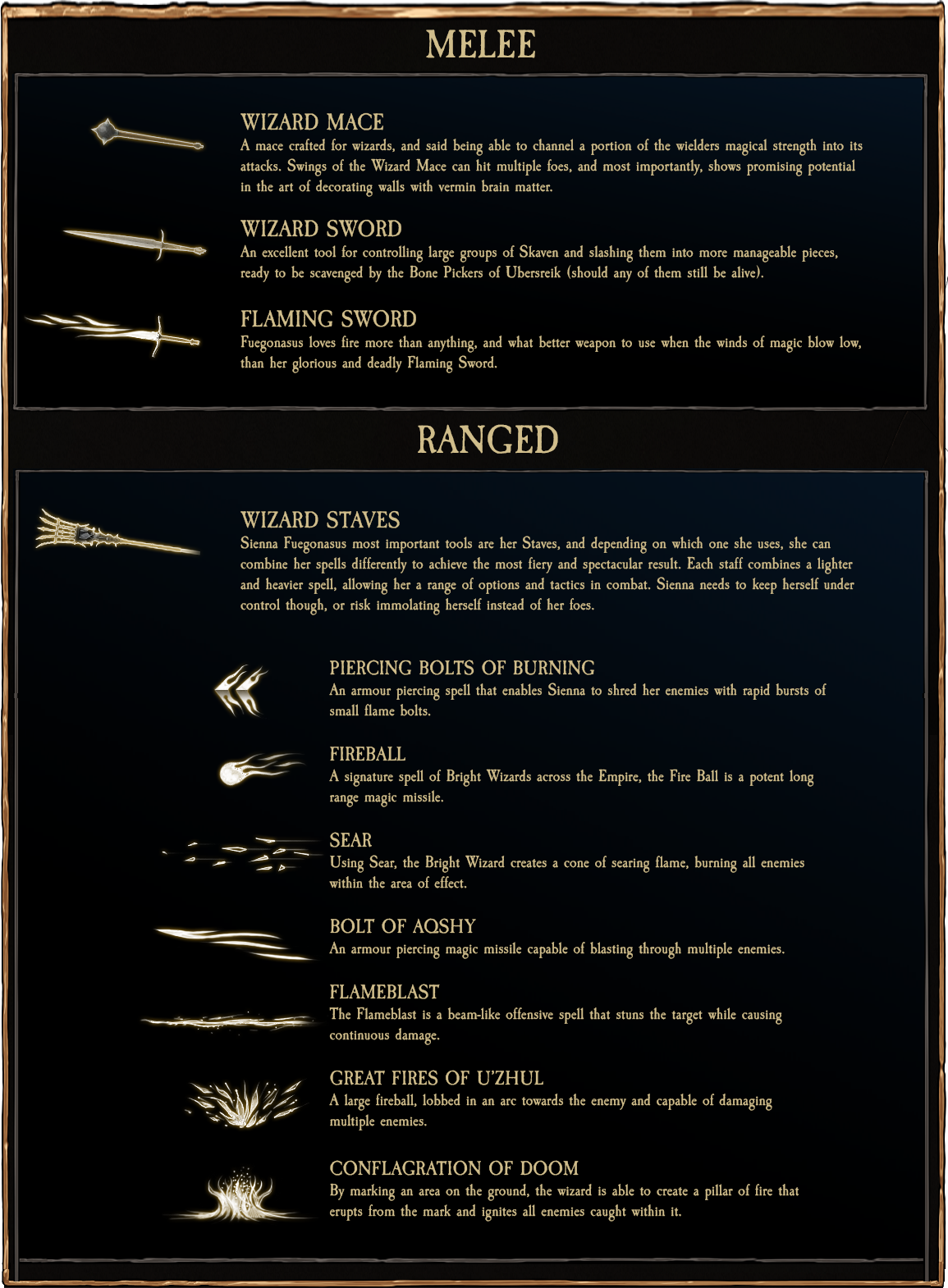 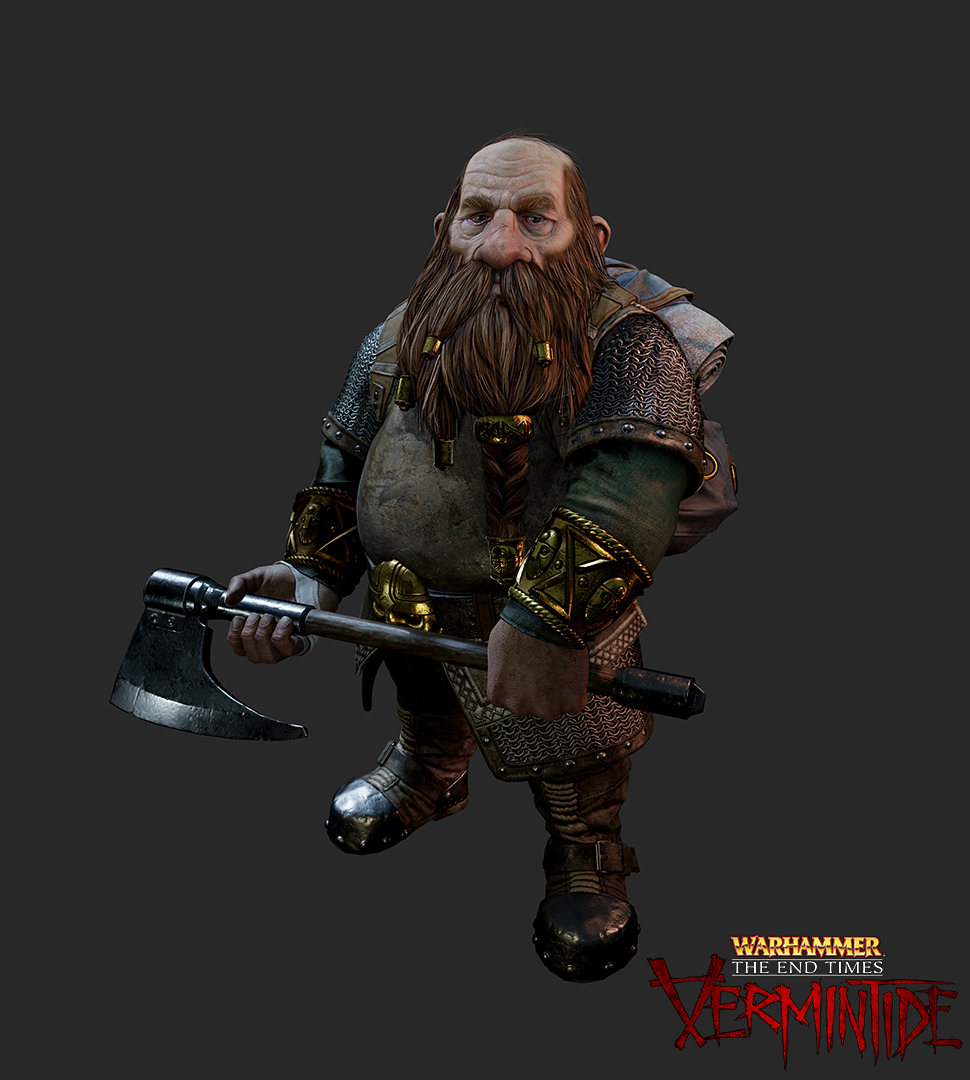 The ferocius Dwarf Ranger, Bardin Goreksson loves charging into battle.  And after a hard fought battle he will be heard roaring and laughing at the nearest pub. The dwarf ranger favours his axe and hammer but he has a few tricks up his sleeve. 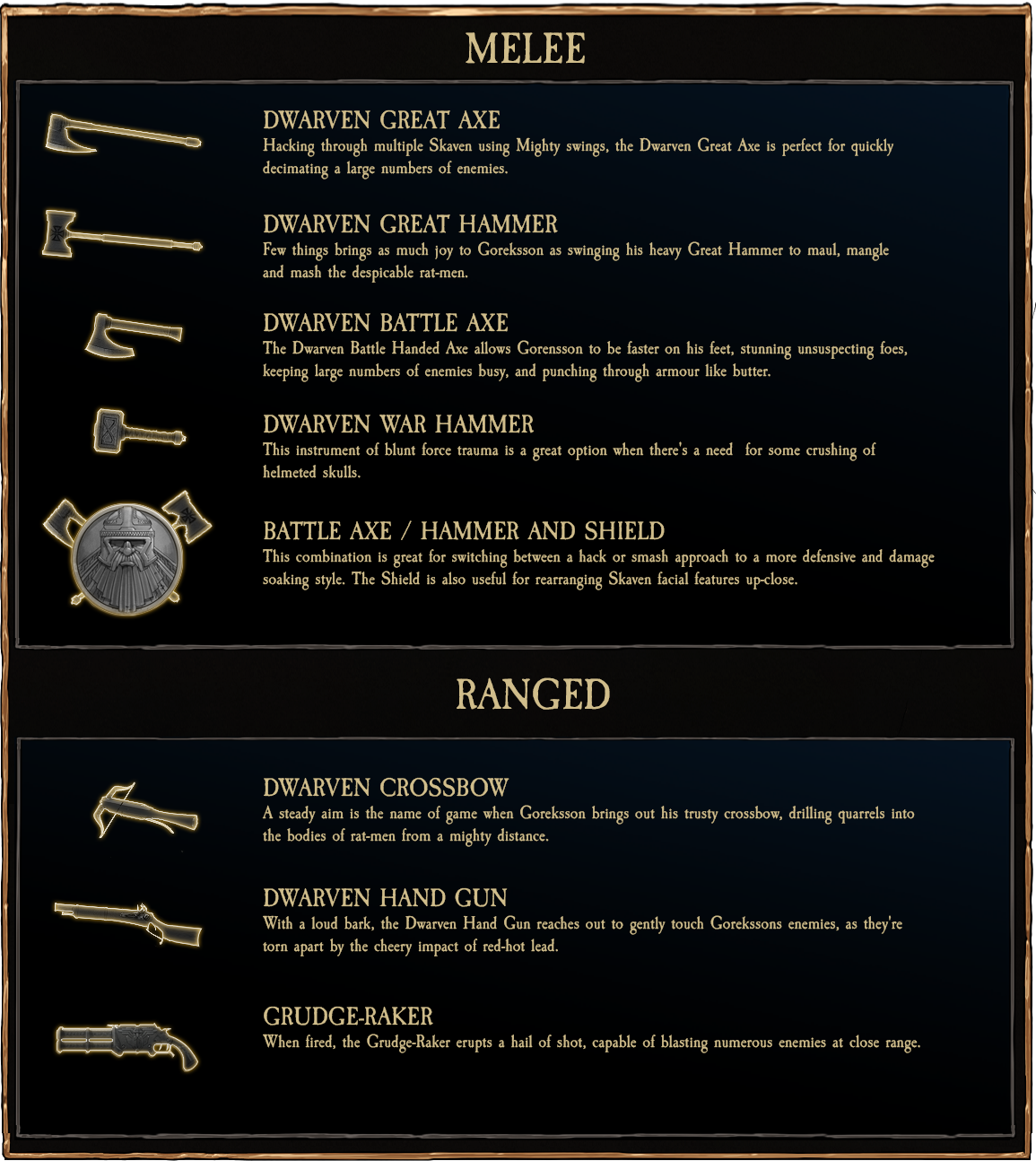 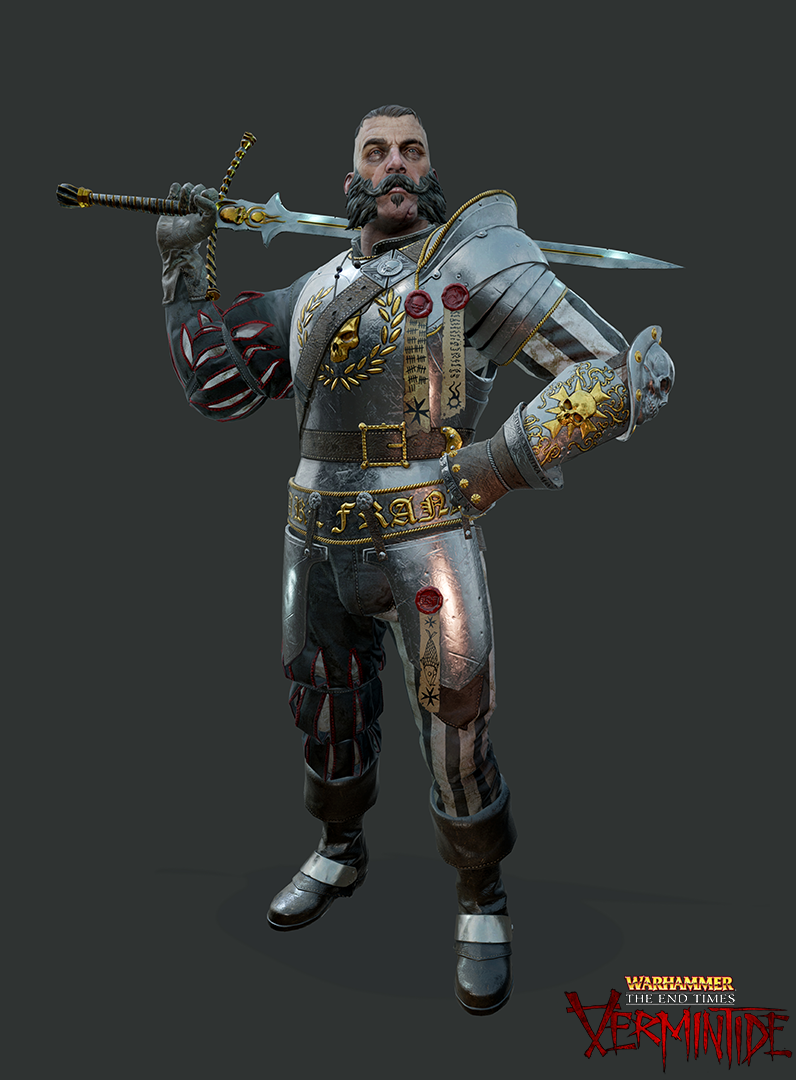 Markus Kruber is a war weary Empire Soldier. He is the sole survivor of his regiment which met its end after clashing with a Necromancer in battle. Markus is a highly skilled with the blade and lives to right his wrongs of the past. 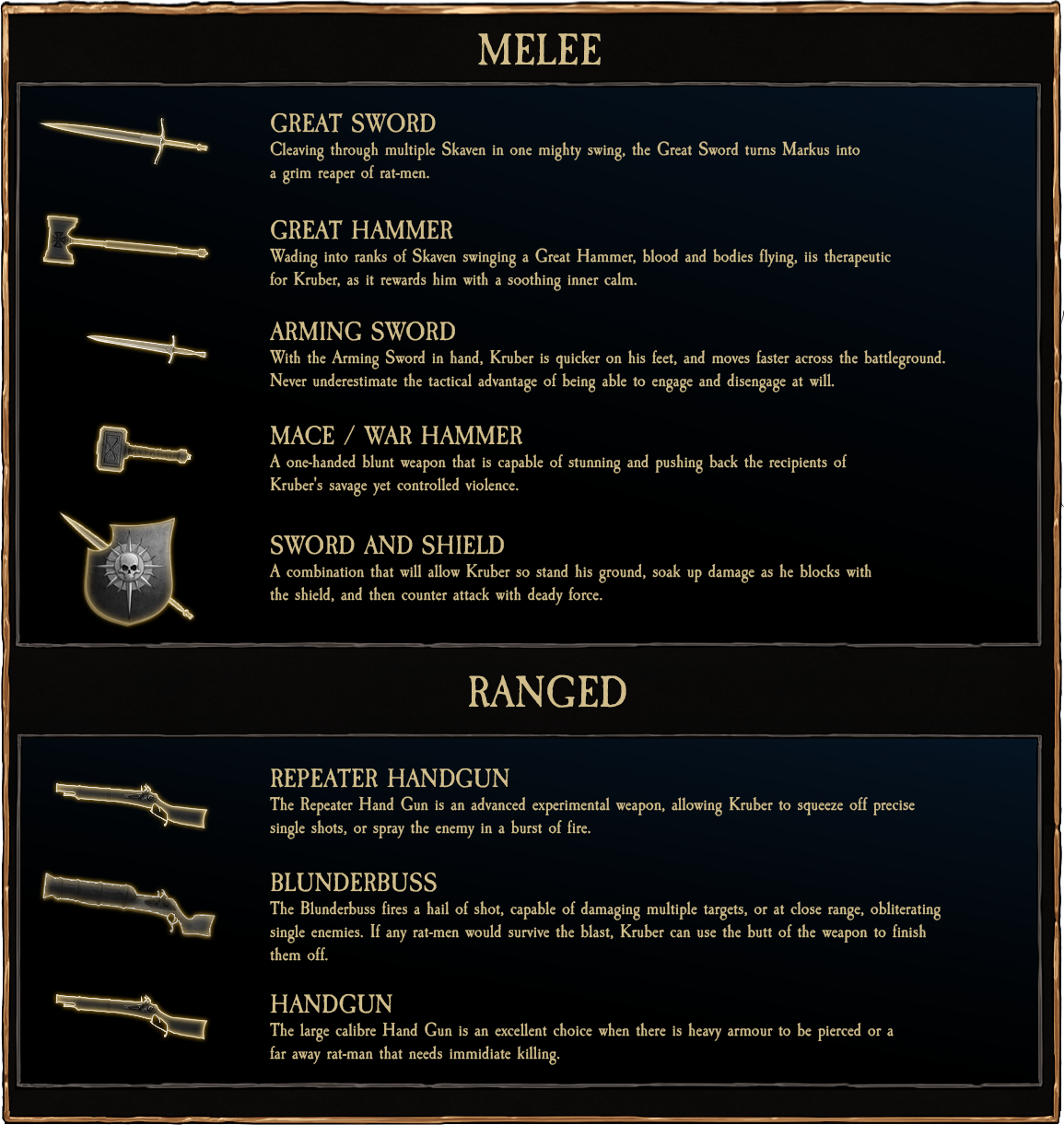 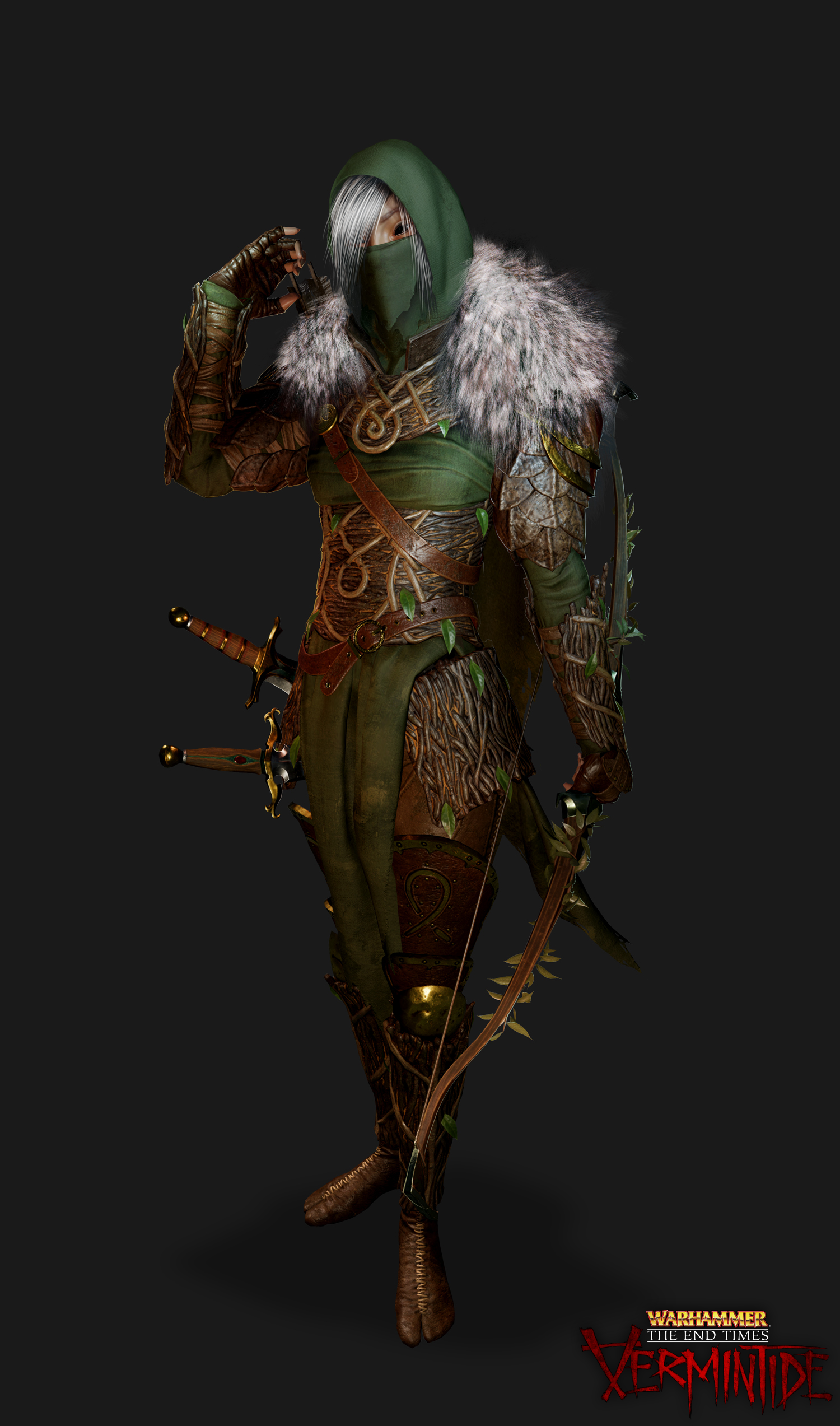 Kerillian, the Waywatcher is a former guardian of the ancient Elven home of Athel Loren. Kerillian has no love for the human race and often relies on sarcasm to make a point. As is to be expect the Waywatcher prefers to engage their enemy from a far and mostly relies on a bow and arrow. Different types of arrows empower her with different abilities. If an enemy should get to close then she will use her double daggers to swiftly end its existence. 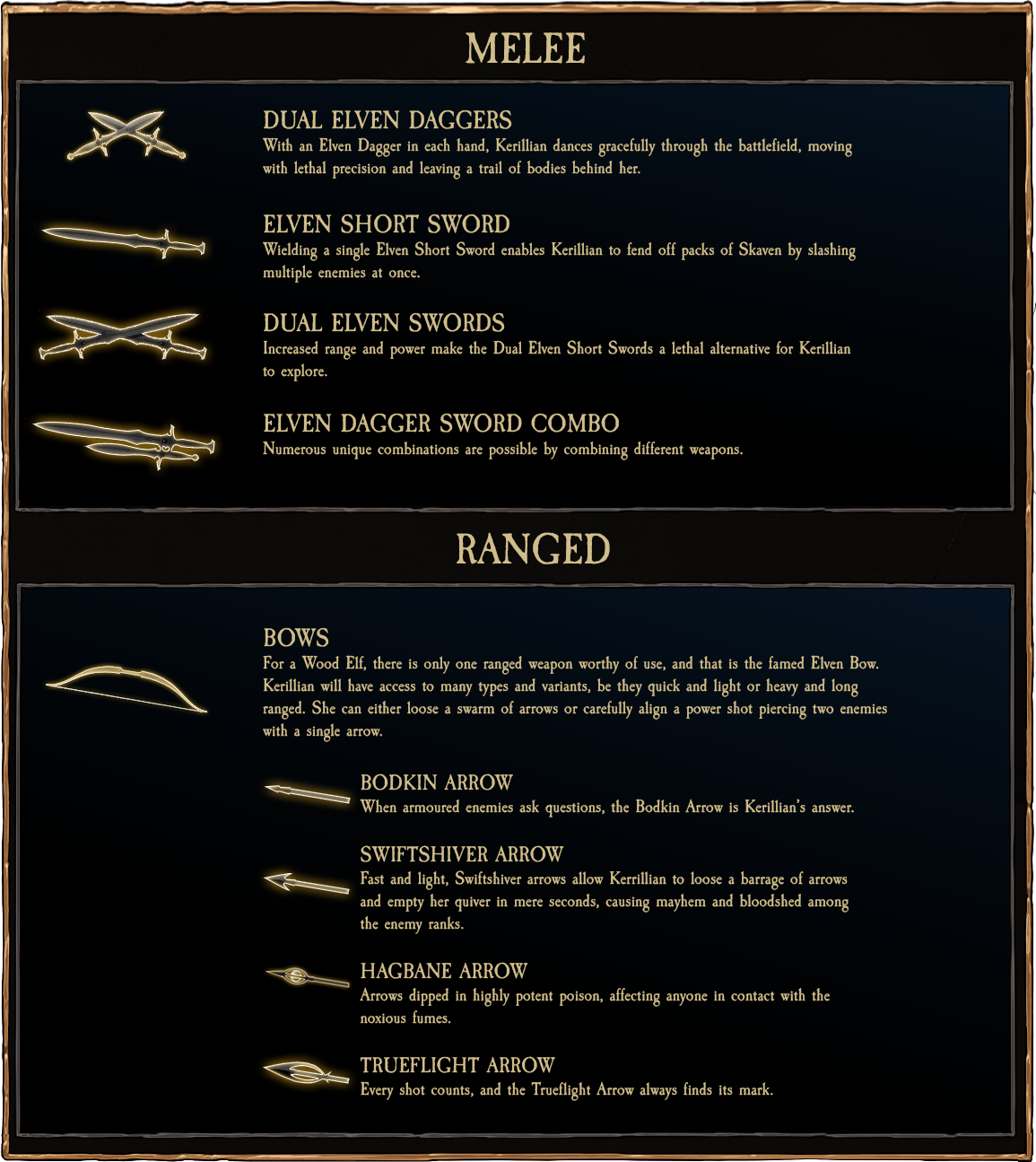 All the classes have Melee and Range options at their disposal, making it possible for you to play your class as you want. I would imagine that the Bright Wizard and Waywatcher would still perform the best when its comes to range combat. I for one can’t wait to try them all out, although I generally settle for meeting my foes up close and personal at the end of a blade. 😉

One thought on “Meet the Heroes of Vermintide!”