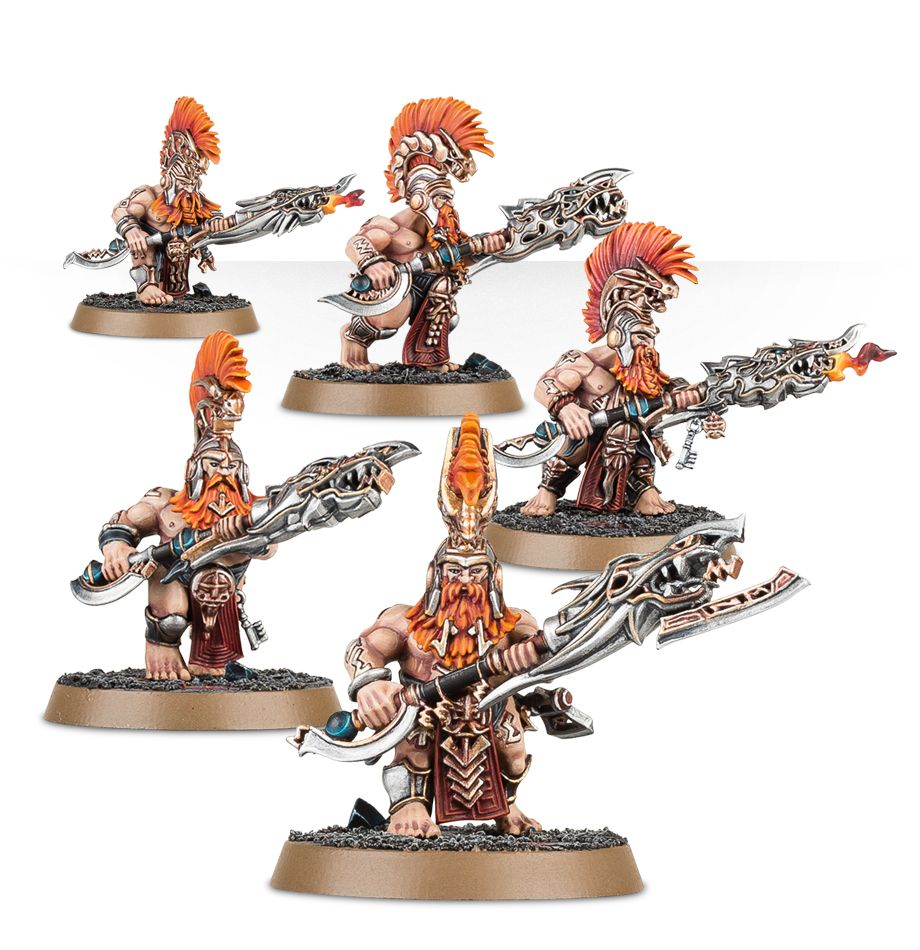 The Auric Hearthguard are the protectors of the ur-gold recovered by the Fyreslayers. The kit makes five Auric Hearthguard with magmapikes and fyresteel throwing axes. Once again ur-gold runes are visible on the skin and they wear ornate drake helms. One Karl can be assembled with a unique magmapike and head option.

The kit costs £25 and can be ordered here.  You can download the warscroll here. Their magmapikes can shoot molten rockbolts which can slow any model that it doesn’t kill as the rock once again cools and encase its target.  I quite like the look of the magmapikes and it’s not too hard to imagine it spewing flaming rocks. More images below. 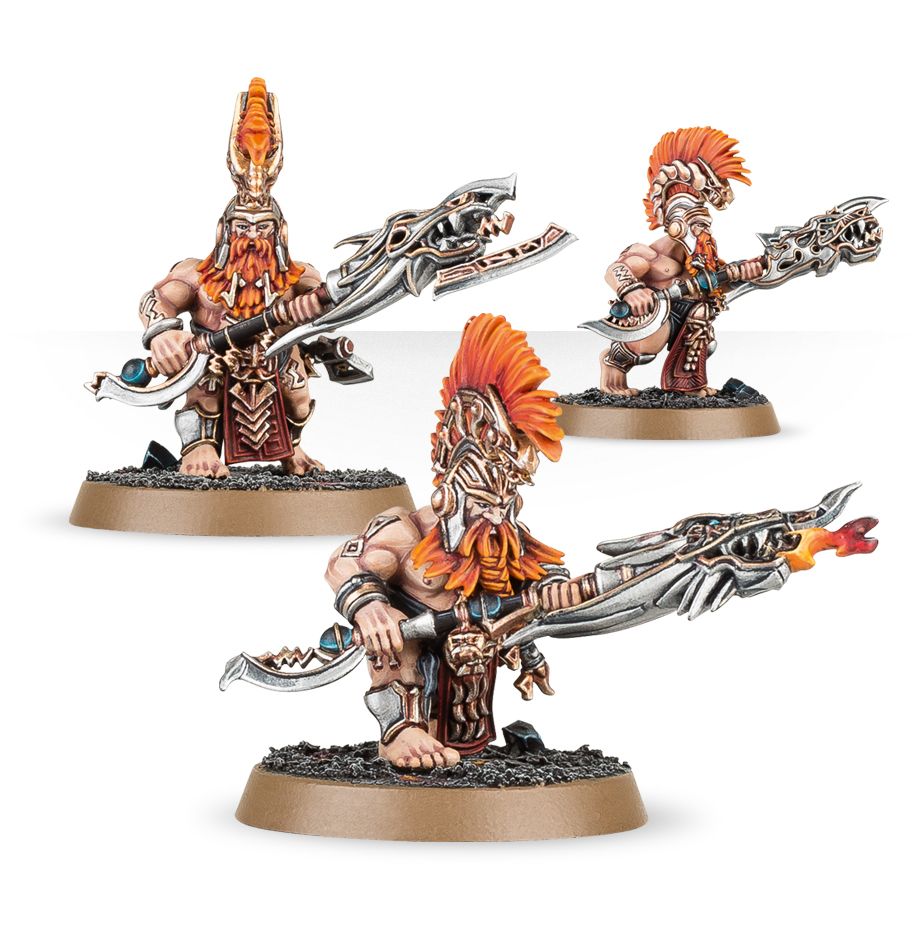 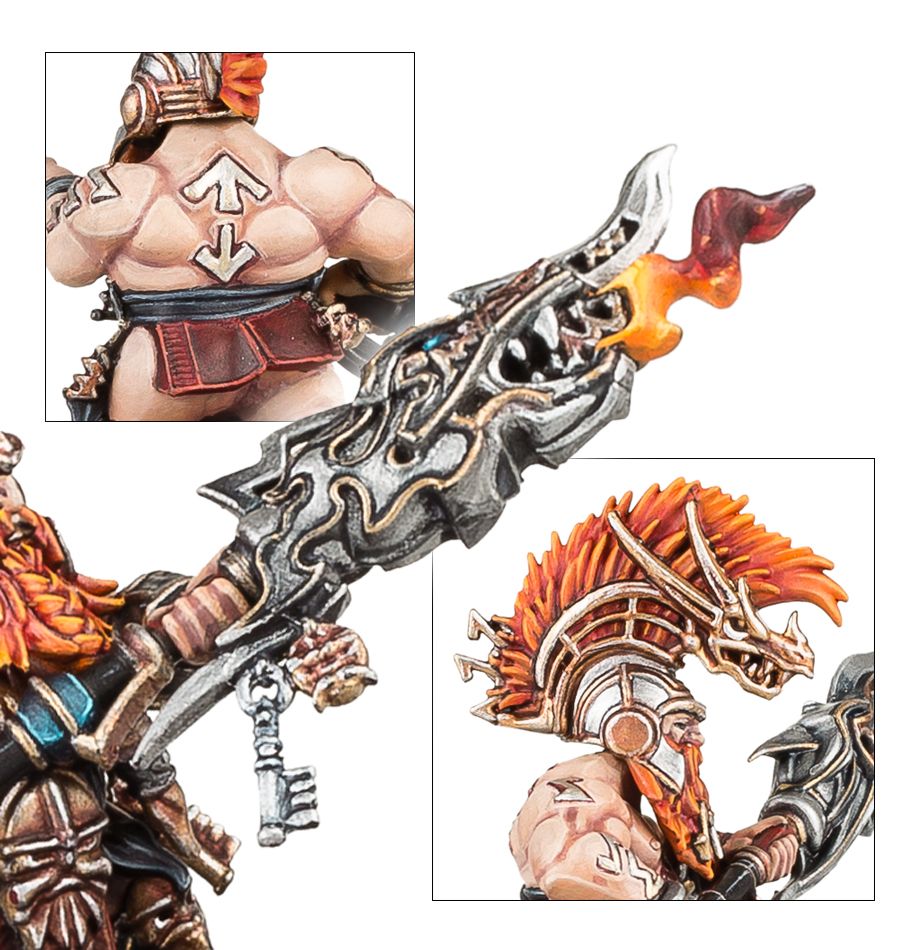 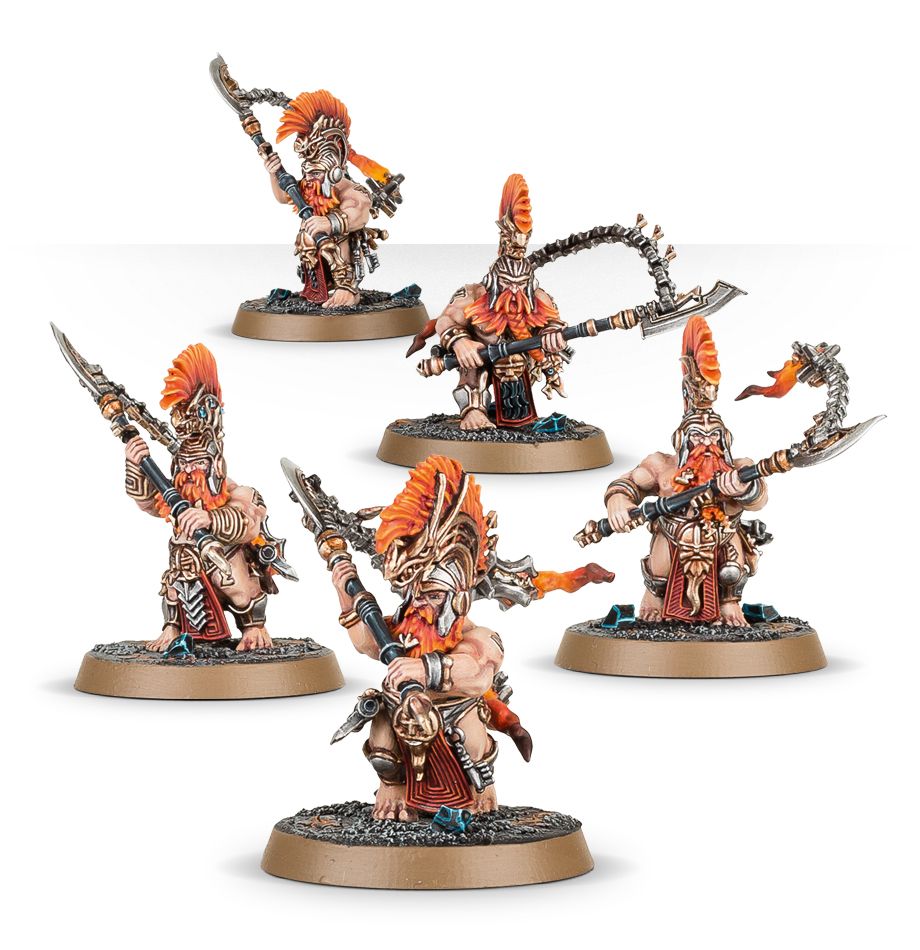 The Hearthguard Berzekers are the protectors of the Runefather and his sons and always heed the battle call of the Fyreslayers. The kit makes five Hearthguard Berzerkers with weapon options for double-handed berzerker broadaxes, fyresteel throwing axes and double-handed flamestrike poleaxes. One model can be a Karl, with a special crest and modified axe.

The kit costs £25 and can be ordered here. You can download the warscroll here. The flamestrike poleaxes are able to inflict mortal wounds and are sure to strike fear into the hearts your enemies. More images below. 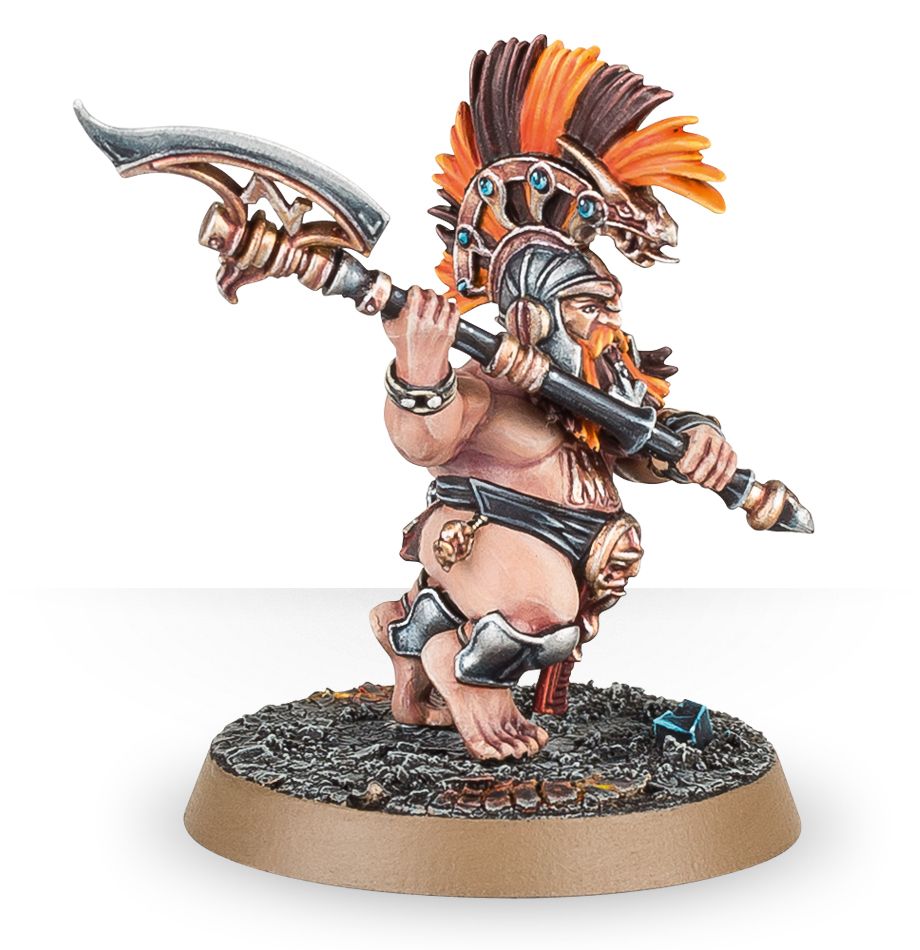 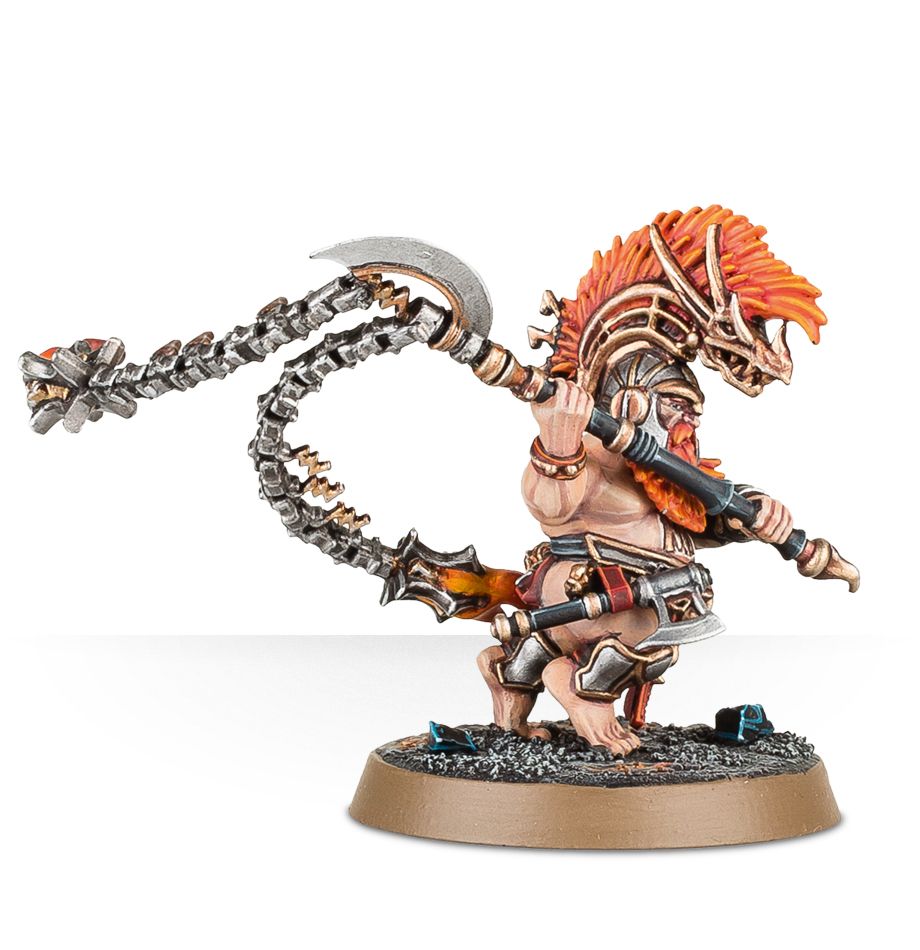 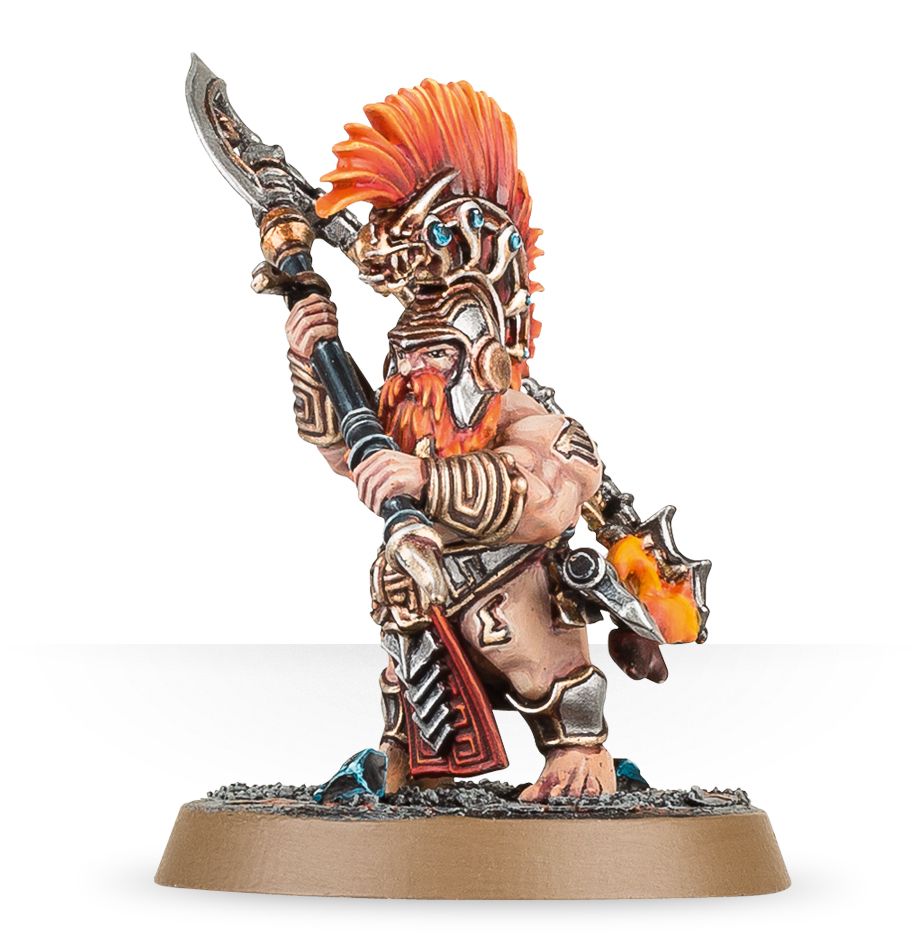 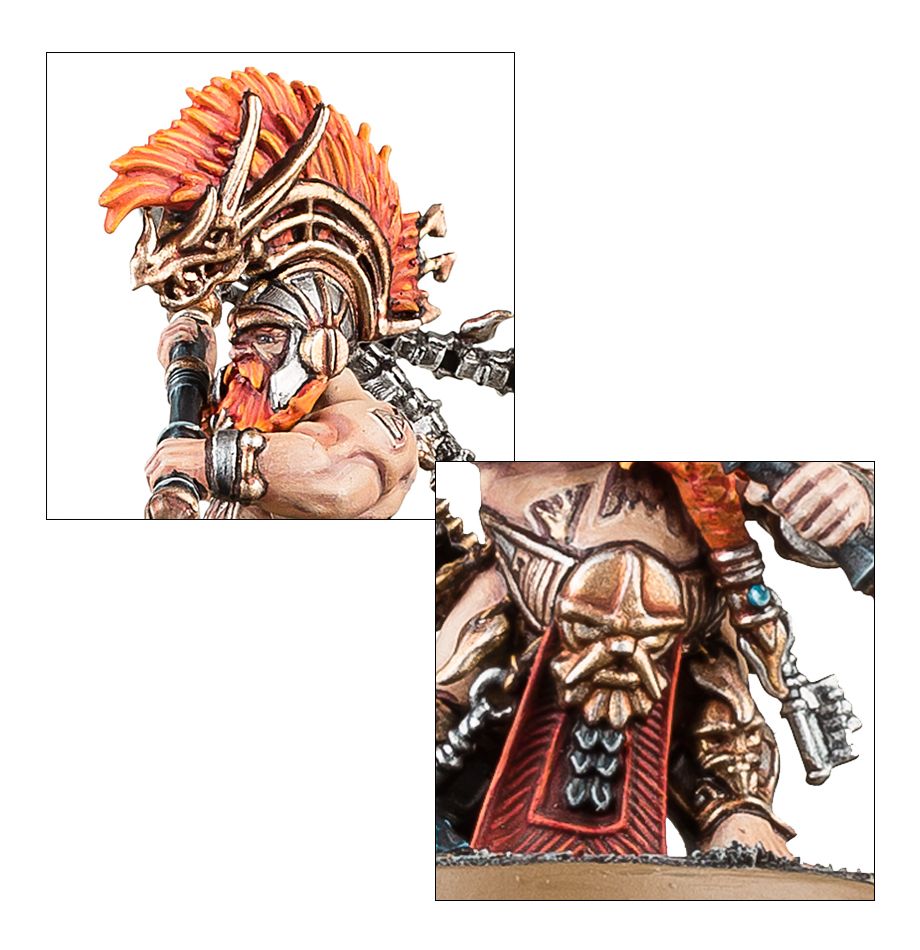