We continue our look at the new Deathwatch miniature range with this post. This time it’s all about the vehicles including the awesome Corvus Blackstar flyer.  We might as well start with the brand new release, the Corvus Blackstar. Check the Deathwatch vehicles out below. 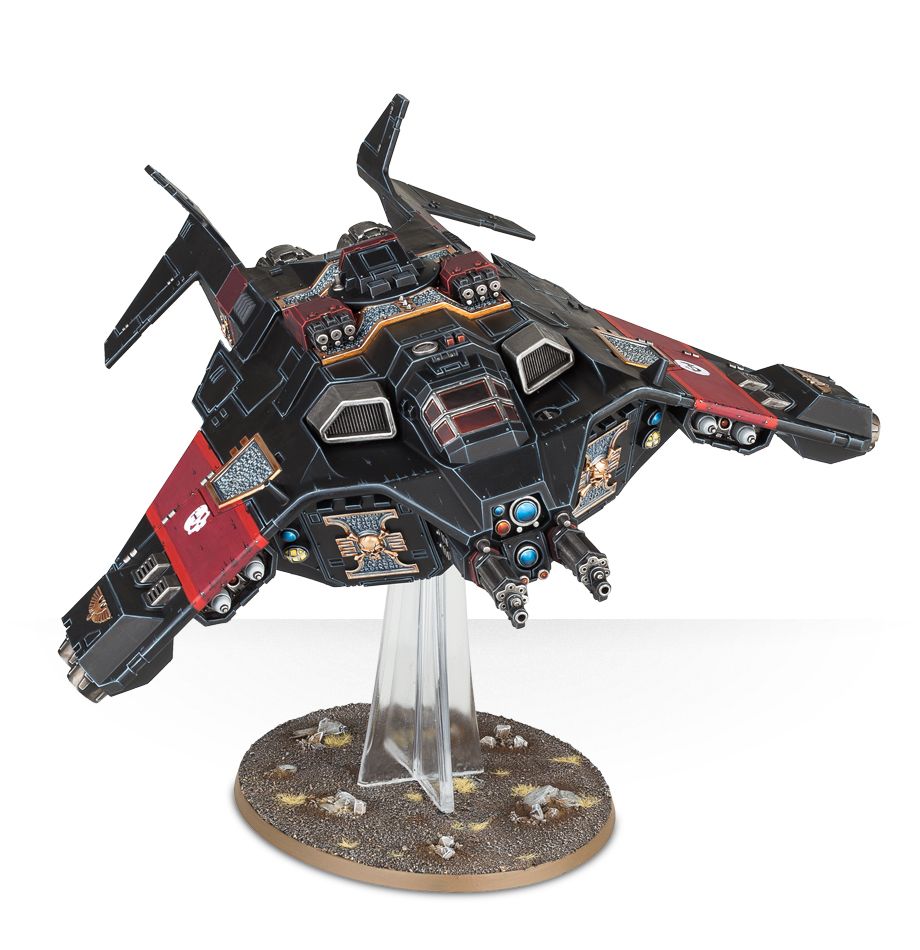 The Corvus Blackstar has been optimised for alien hunting and can be armed with heavy weapons and equally dangerous Killteam payload.

The plastic kit makes a Corvus Blackstar which comes with a bunch of weapon options. Choose between a with a twin-linked assault cannon or twin-linked lascannons, stormstrike missiles or a twin-linked Blackstar rocket launcher. It also has an anti-air ballistics suite and is protected by ceramite plating. A Citadel 120x92mm Oval Base with flyer stem is included. The kit costs £40 and can be ordered here. I quite like this model, it just kinda oozes coolness. More images below: 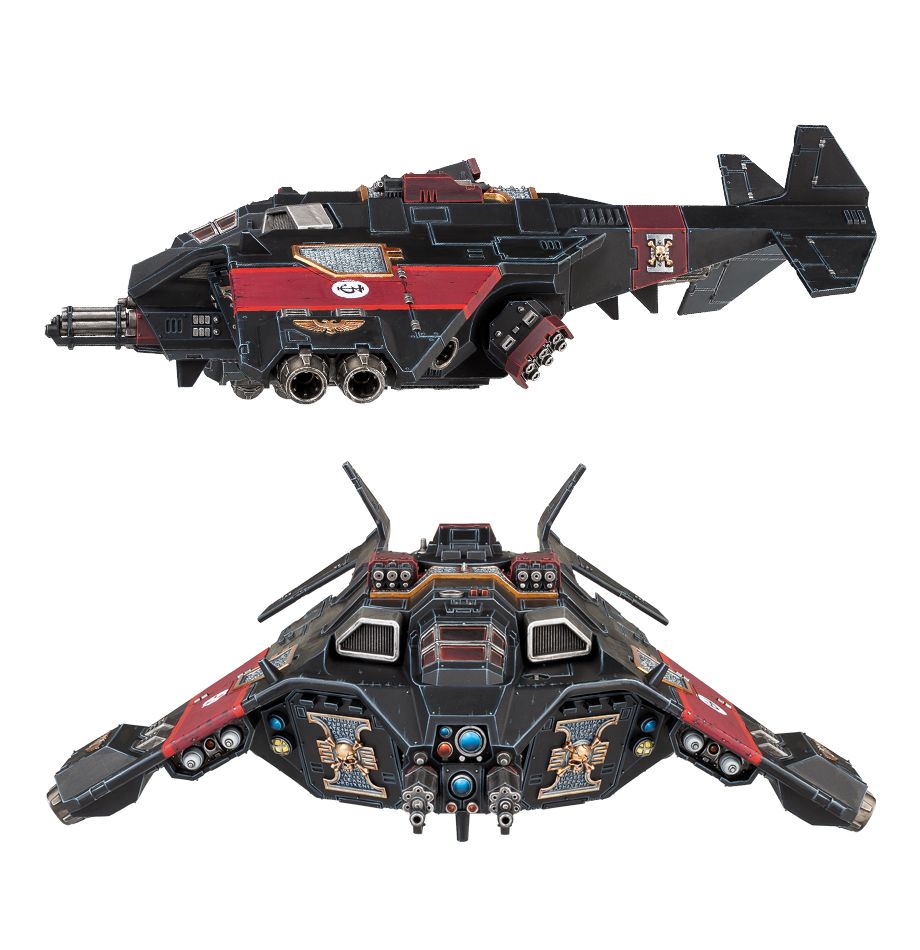 Corvus Blackstar Side and Front View 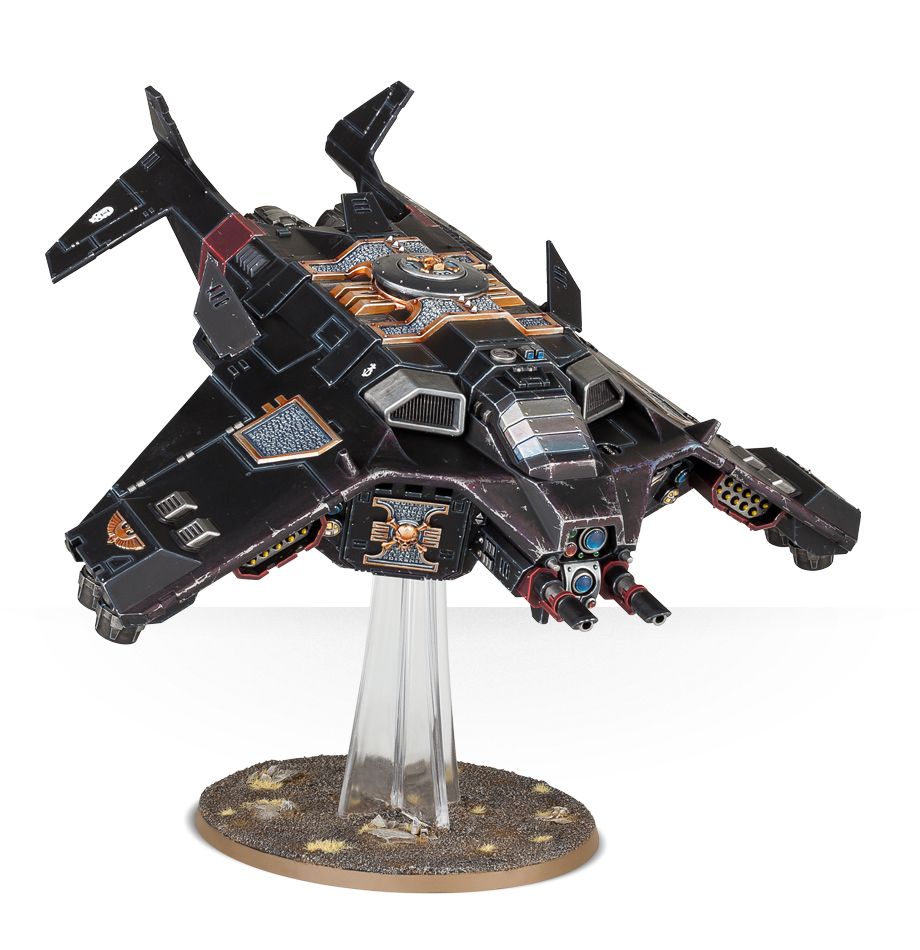 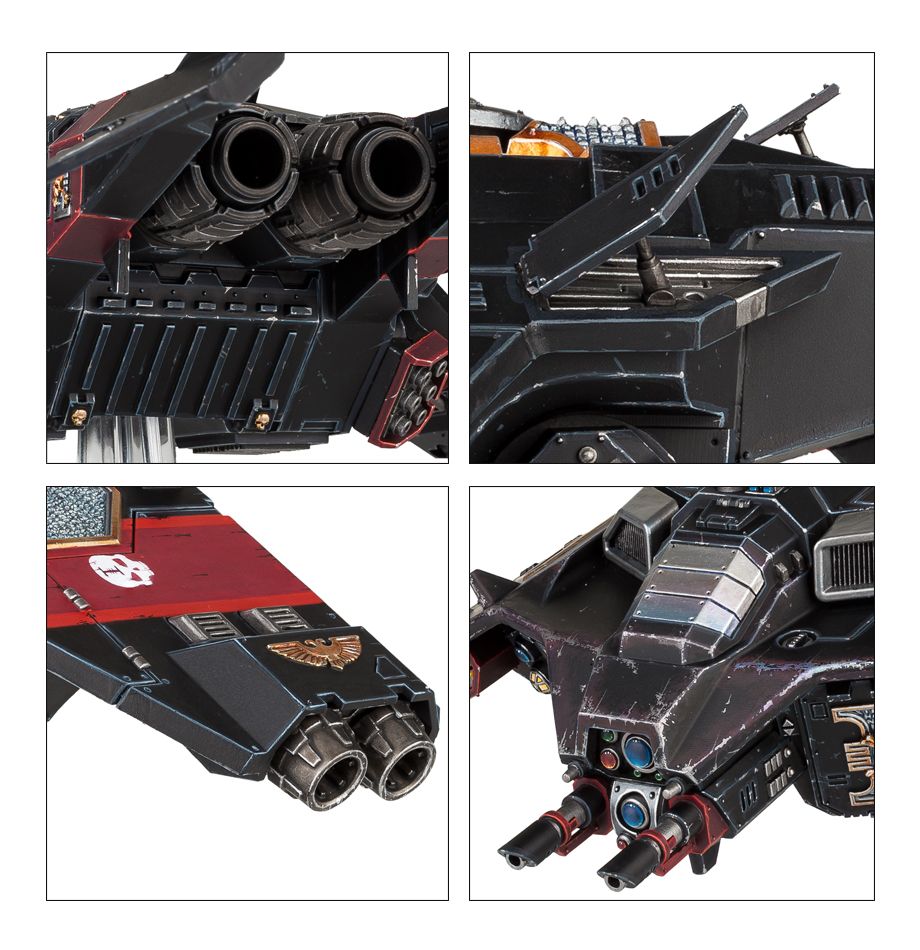 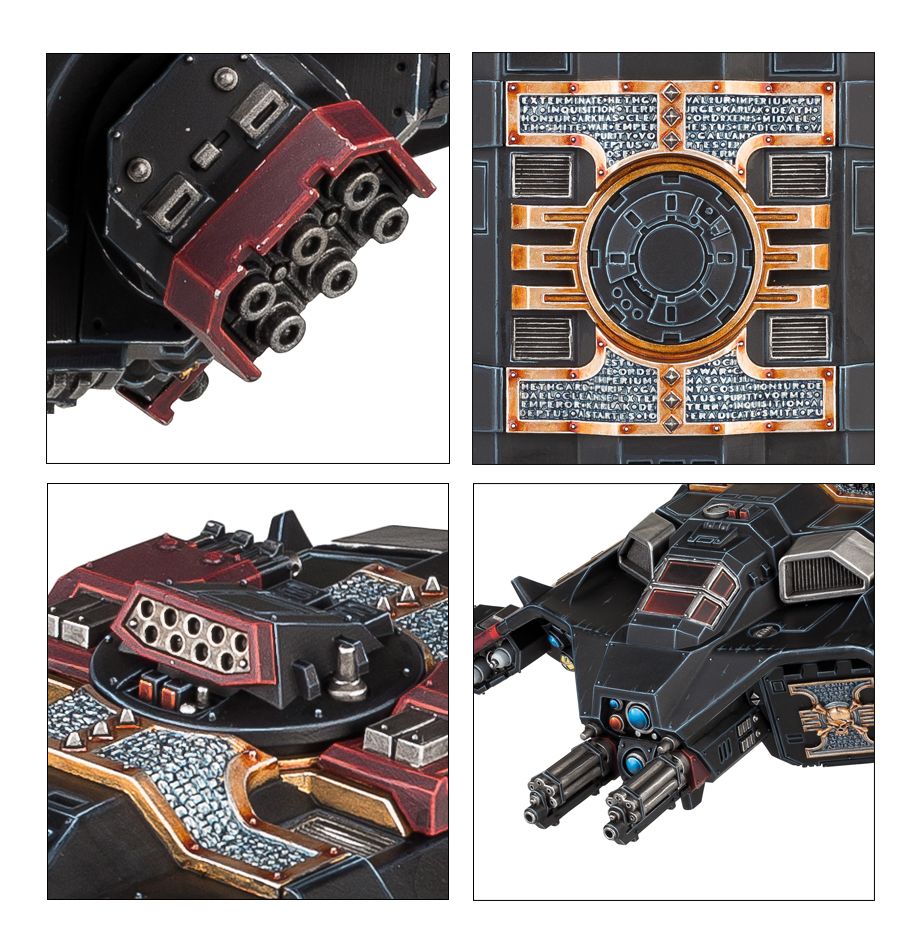 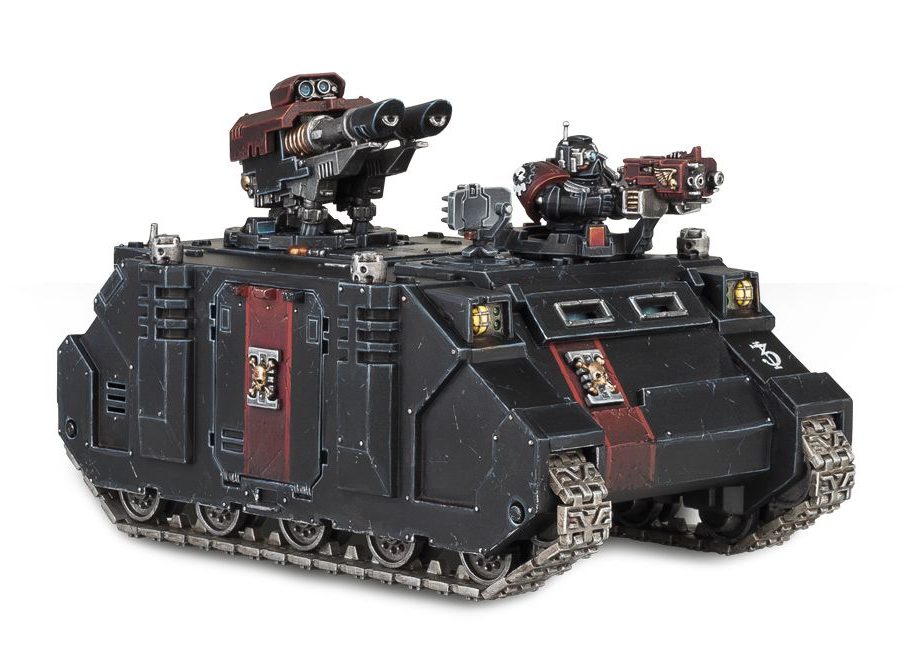 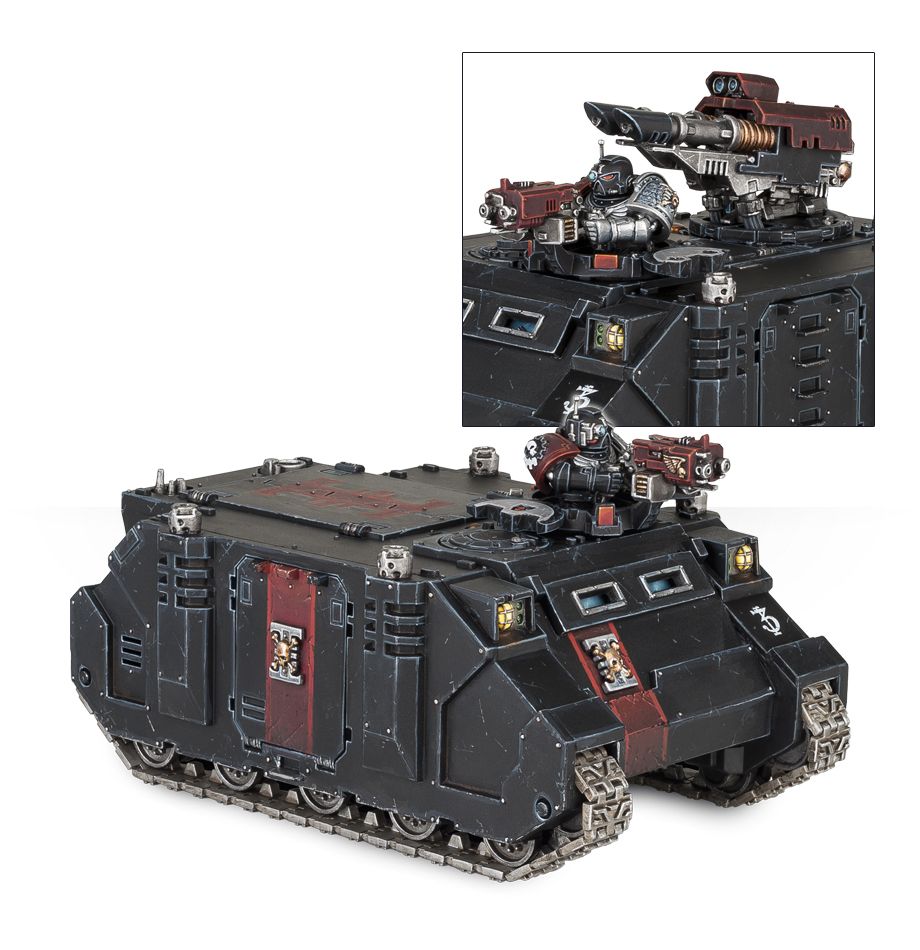 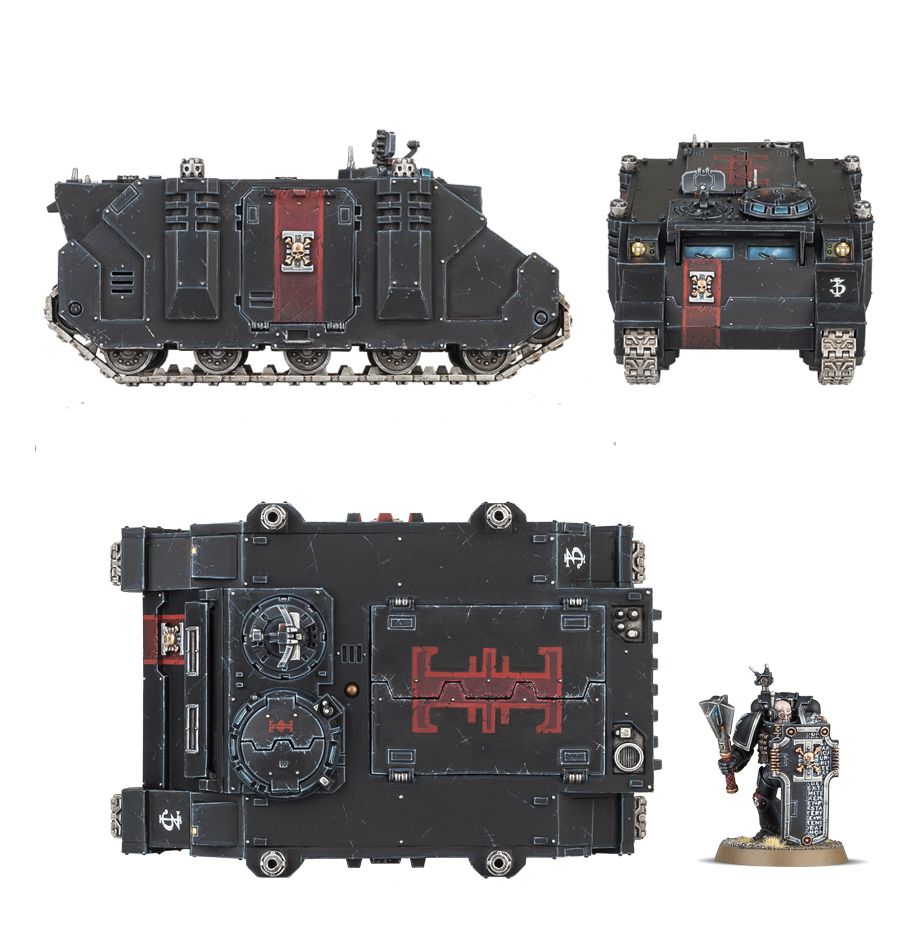 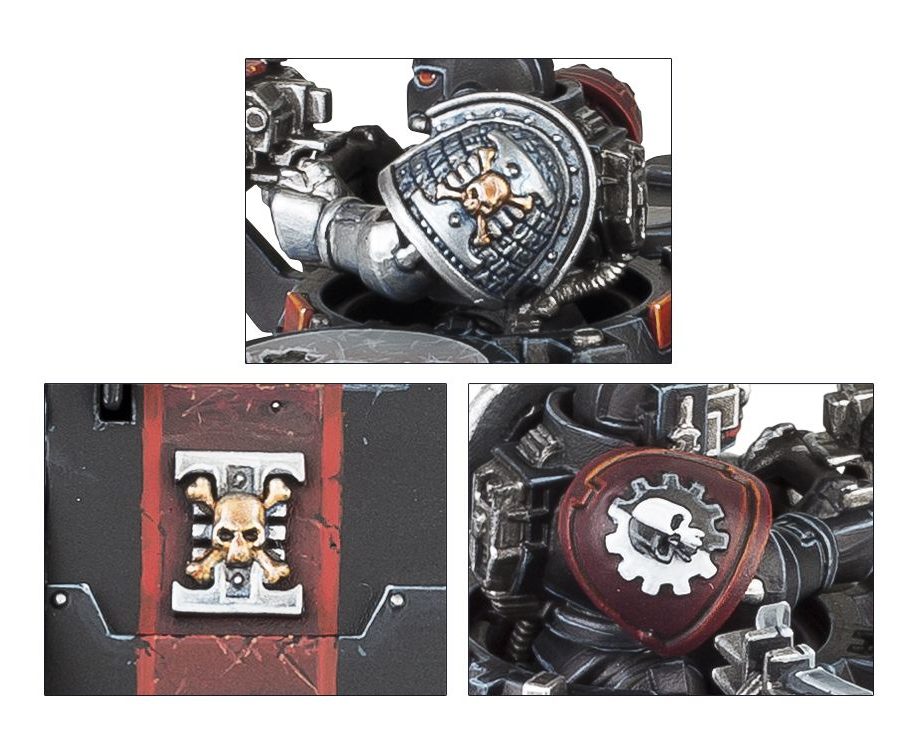 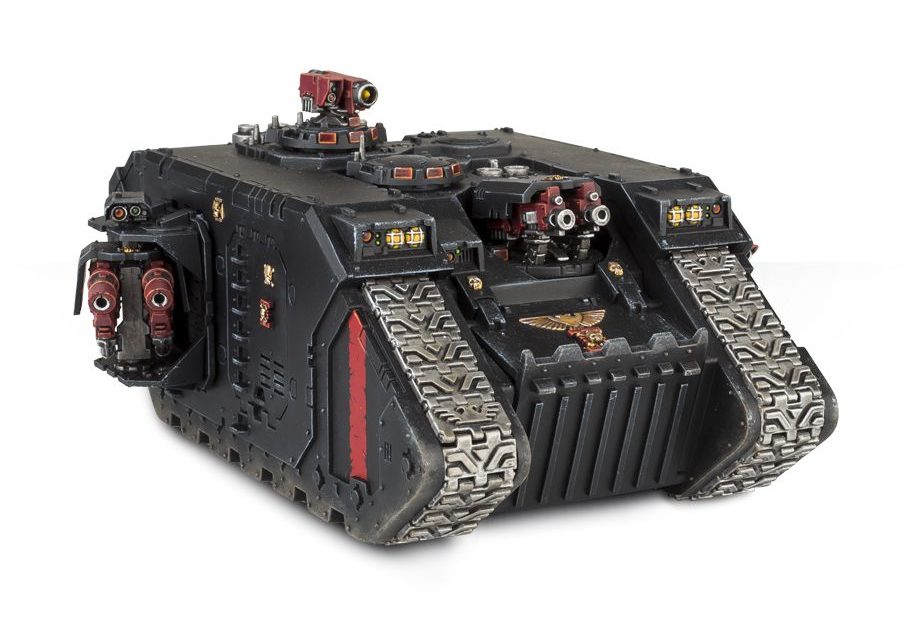 The Deathwatch also has access to the Land Raider Redeemer and Crusader variants and use them to purge the Xenos threat. 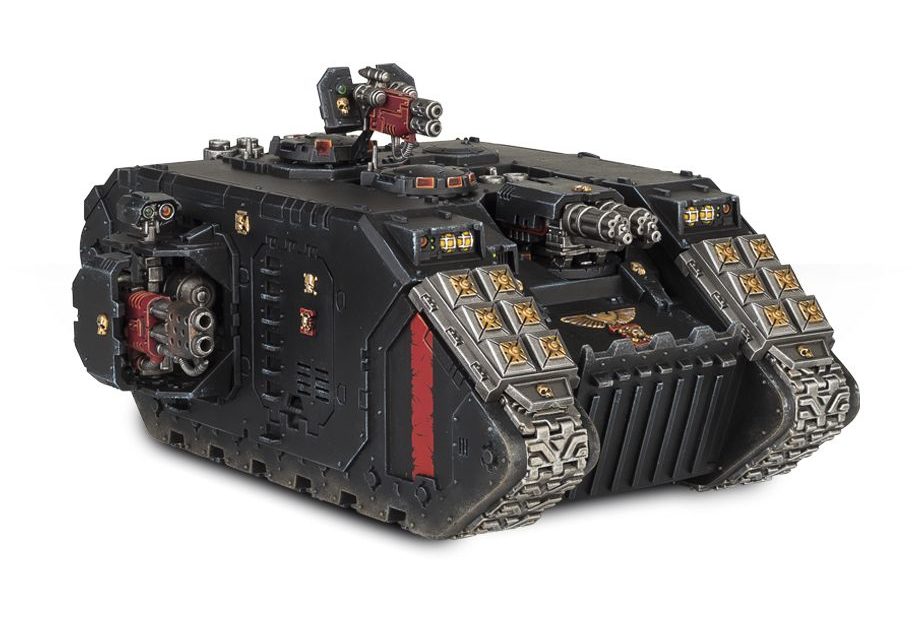 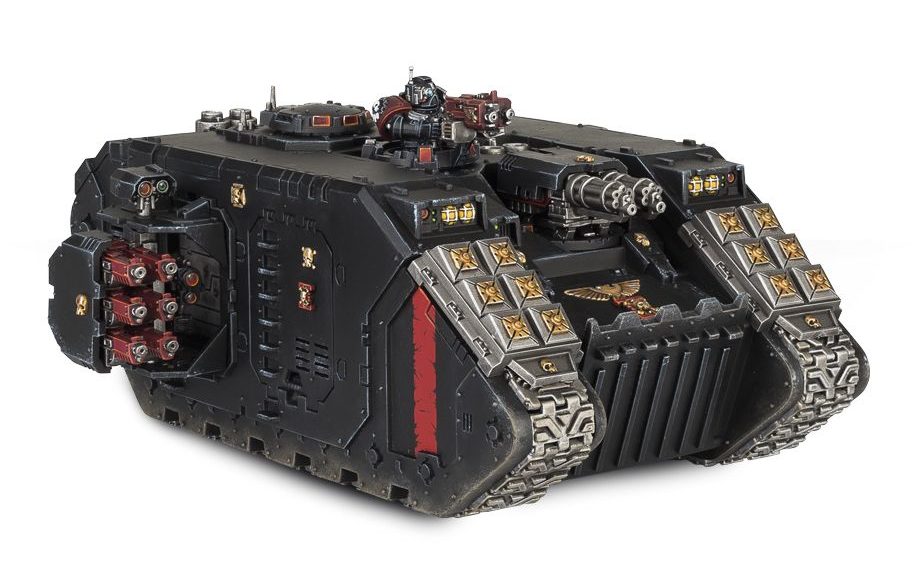 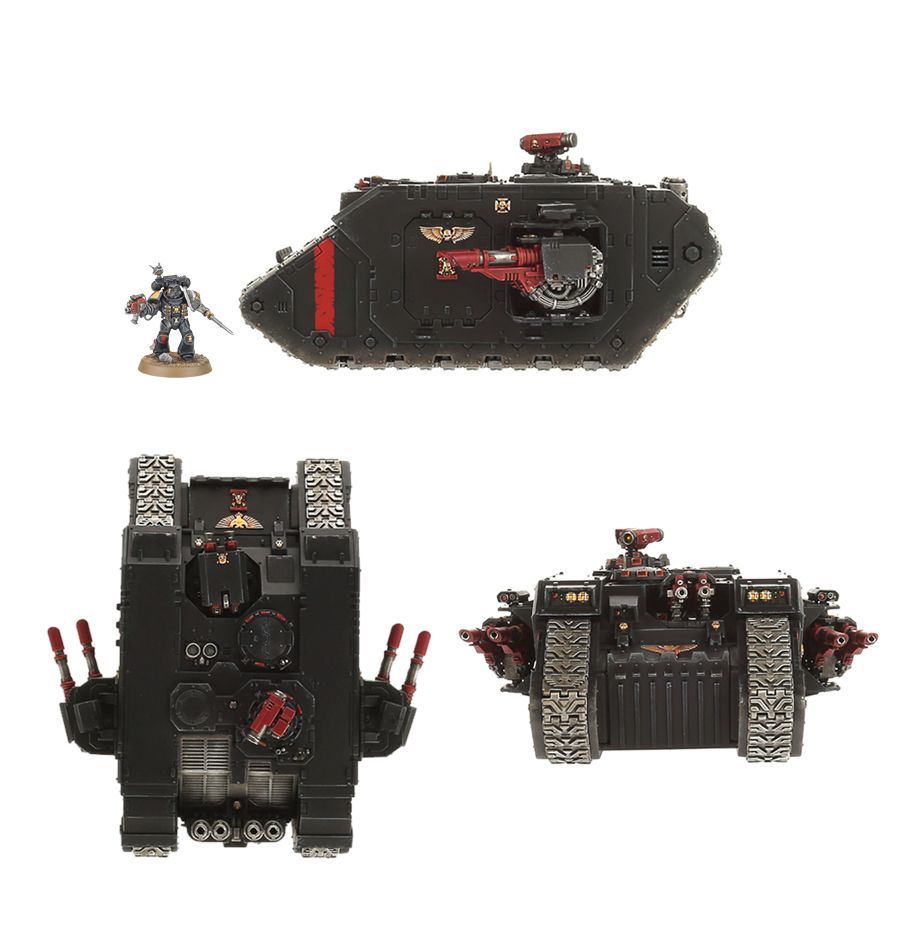 Much like other chapters’ Dreadnoughts, the Deathwatch’s are also filled with hundred years worth of knowledge and are often consulted by Kill Teams before battles. The Venerable Dreadnoughts can often be found on the front lines laying waste to the Xenos foe. 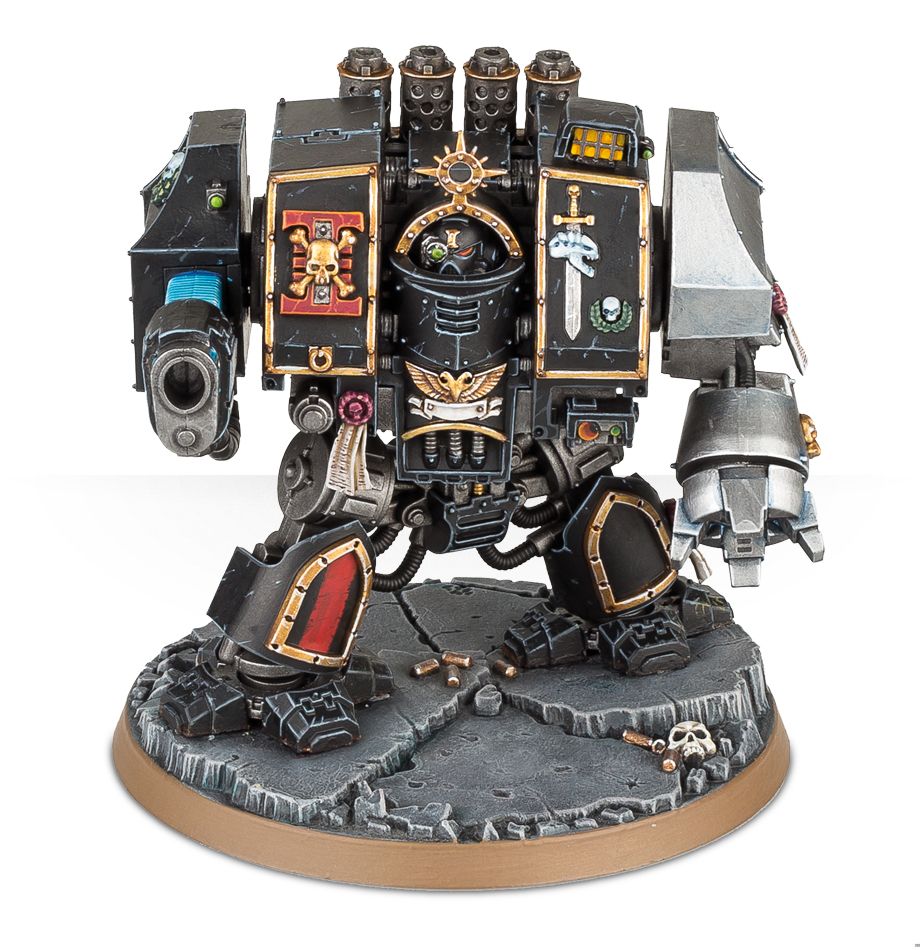 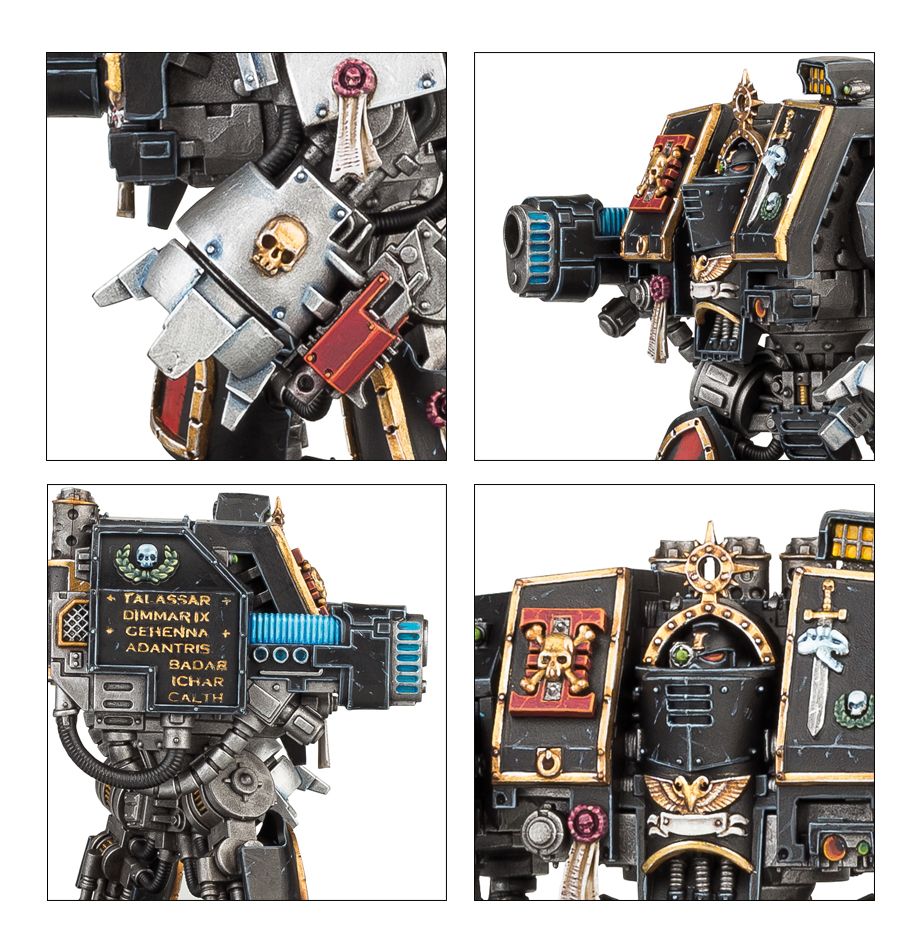