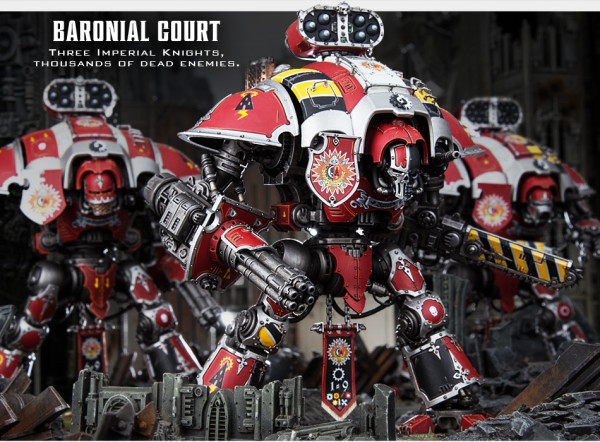 The new kit brings with it, new face plates, icons and a huge amount of new weapon options. A new chest pintle Meltagun, reaper chainsword, thunderstrike gauntlet, a gatling cannon assembly (with heavy flamer), thermal cannon and the scary rapid-fire battle cannon. Plus three new carapace options – rocket pods, missile pods and an anti-air twin Icarus cannon. So much goodness 🙂 There are also a couple of bundles up on the webstore for those with a bundle of cash to spare – The Baronial Court, which is 3 of the new kits and the Exalted Court of House Terrynse. The Exalted court contains 5 Knights and a rule set exclusive to this deal. Take a look at the new variants below.

Armed with an avenger gatling cannon and Reaper chainsword the Warden takes a balanced approach to the battlefield. 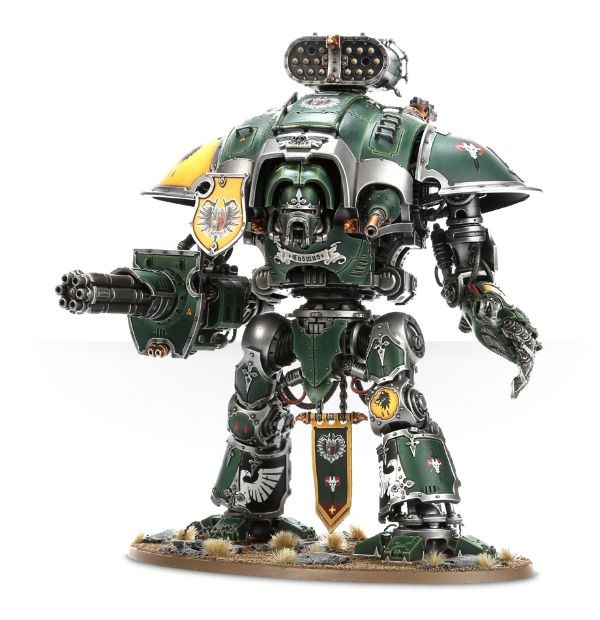 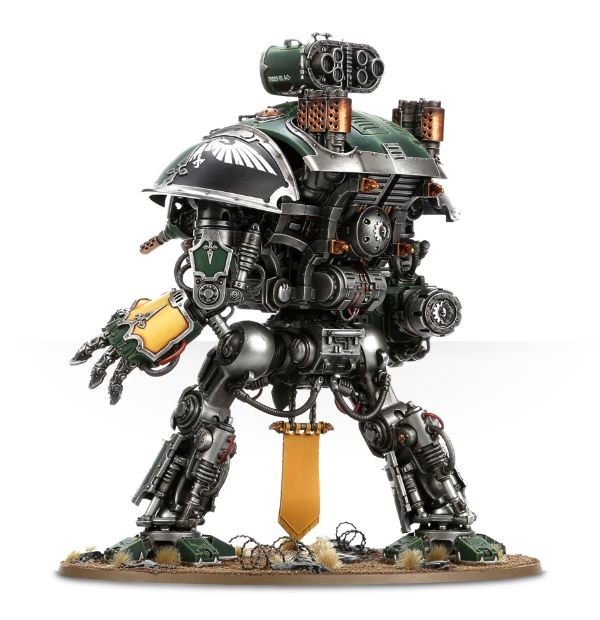 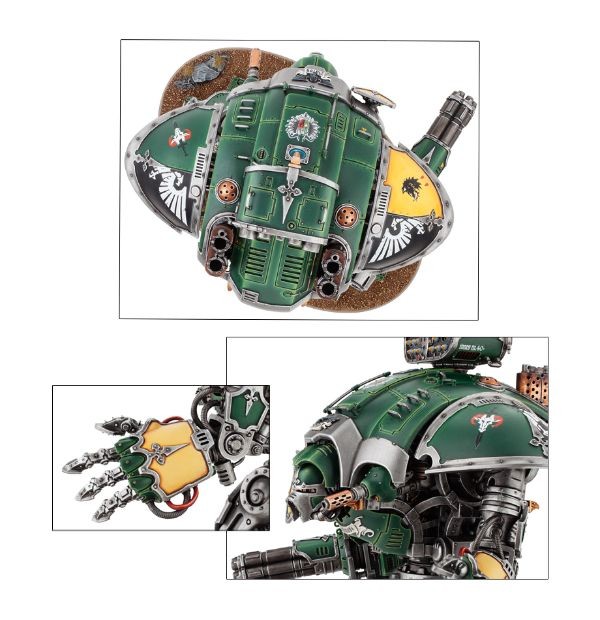 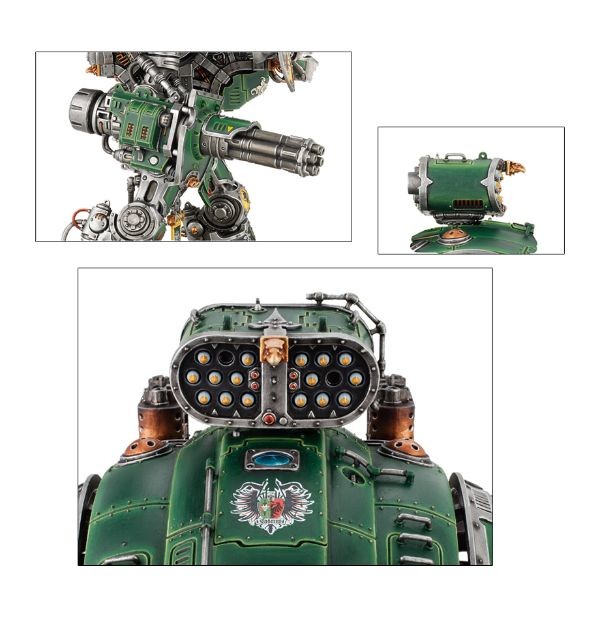 This Knight focuses on close-range weapons with the reaper chainsword and thunderstrike gauntlet.

This one is all about shooting with the avenger gatling cannon, heavy stubber, and a thermal cannon. 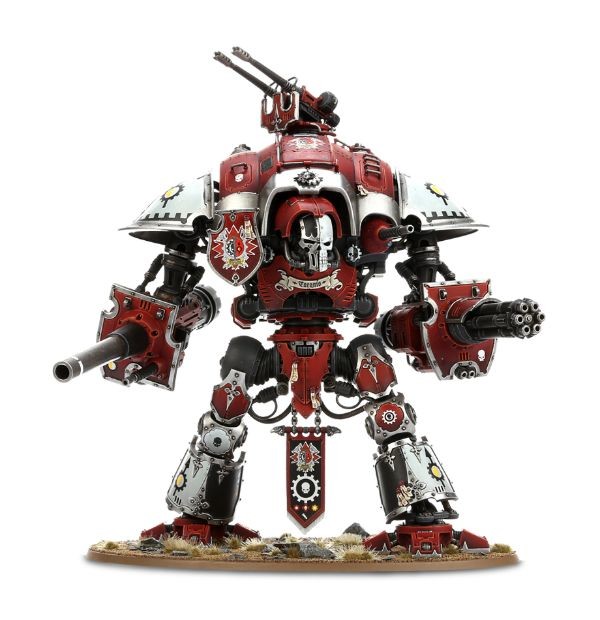 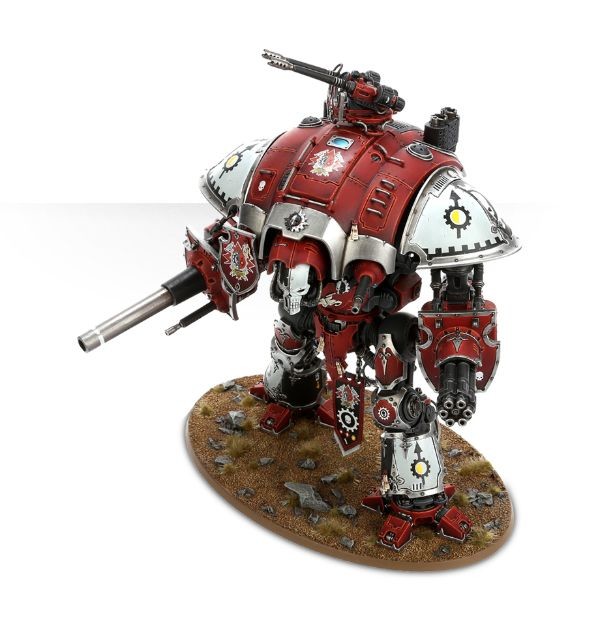 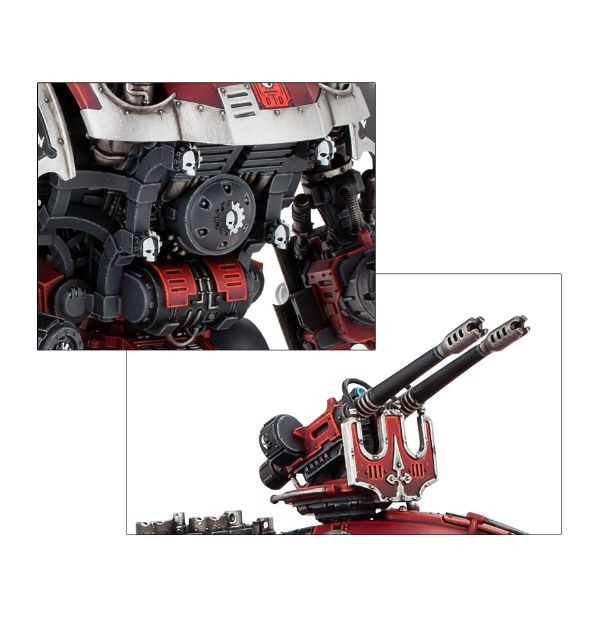 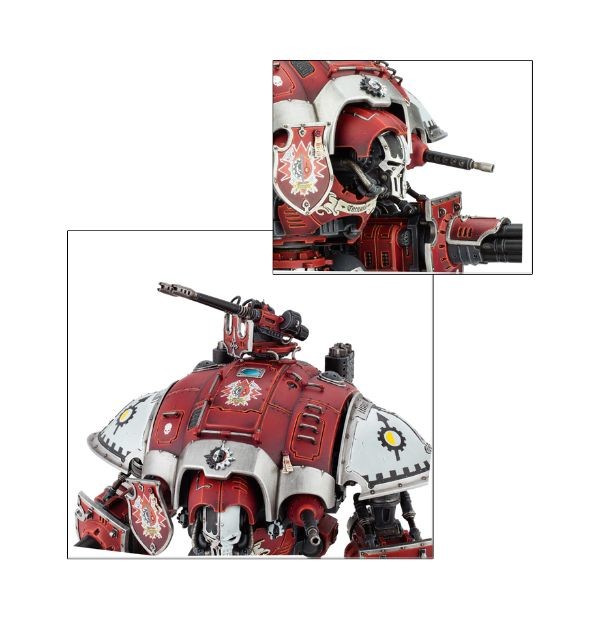 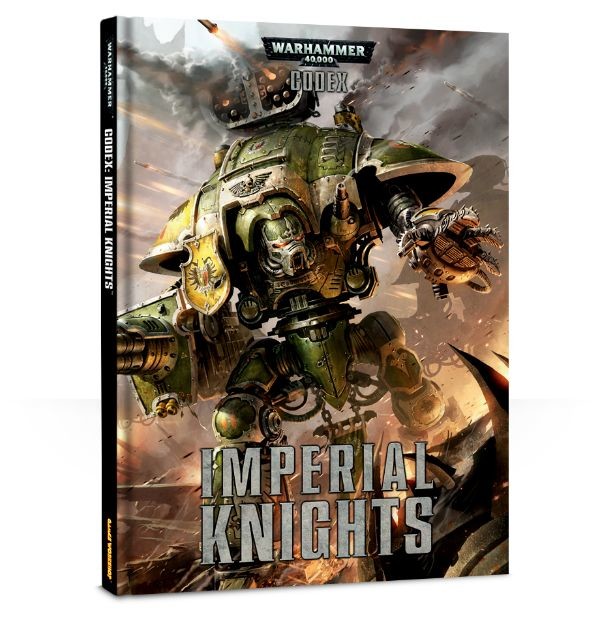 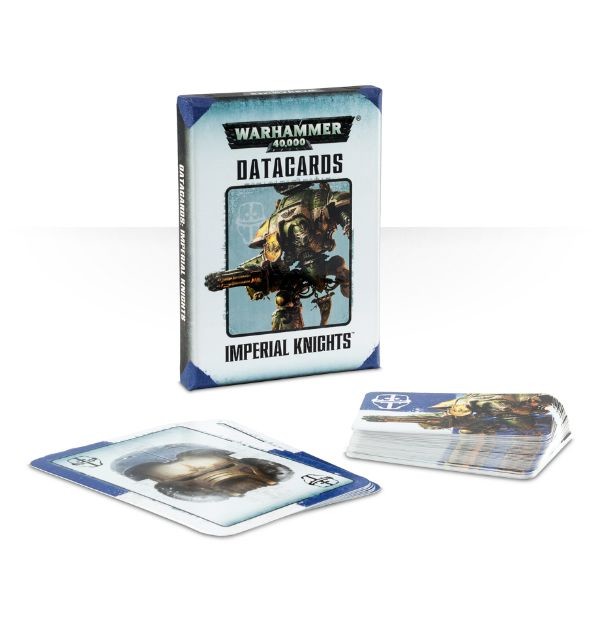 This Imperial Knight Assembly and Painting tutorial is also well worth checking out.