Part of the Ironjawz release includes a couple of new units.  Check out the Gore-Gruntas and Brutes! I covered the Hero releases in the post. This post looks at the two new units, you can check out all the new hero miniatures for the Ironjawz here. 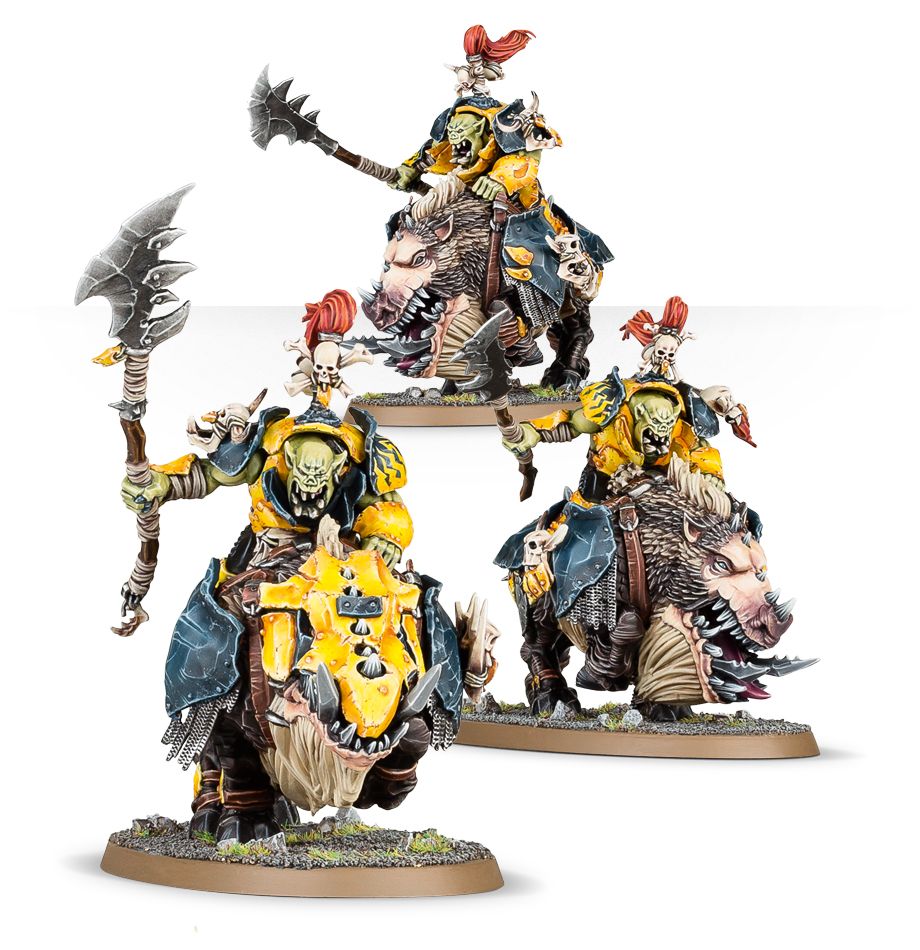 These beasts eat anything – including iron. The orruks use the undigested iron(called pig-iron) to make weapons and armour. Orruks ride these fierce beasts into battle and chuckle every time an unfortunate foe ends up eaten by the Gruntaz.

The kit makes three orruk Gore-gruntas. The orruks can be armed with pig-iron choppas or  jagged gore-hackas. Options are included for a Gore-grunta boss with a unique head, weapon and grunta options. These come one 75x42mm Oval bases. The kit costs £48 and can be ordered here. You can download the warscroll here. More images below: 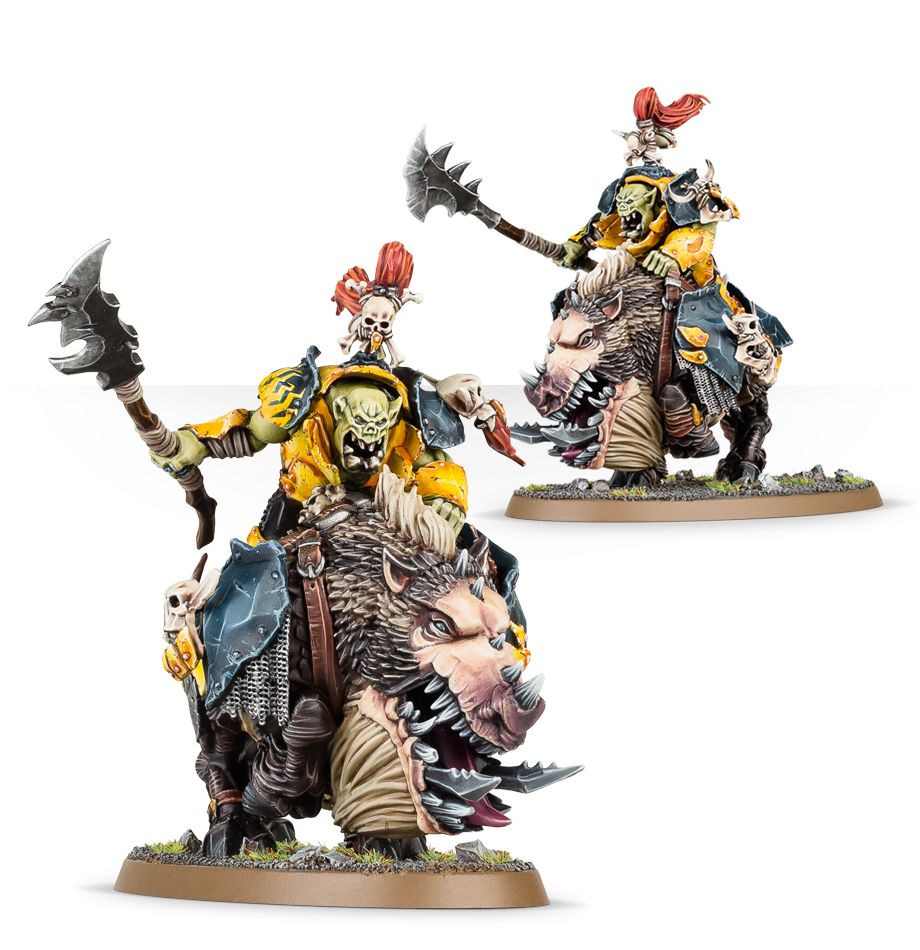 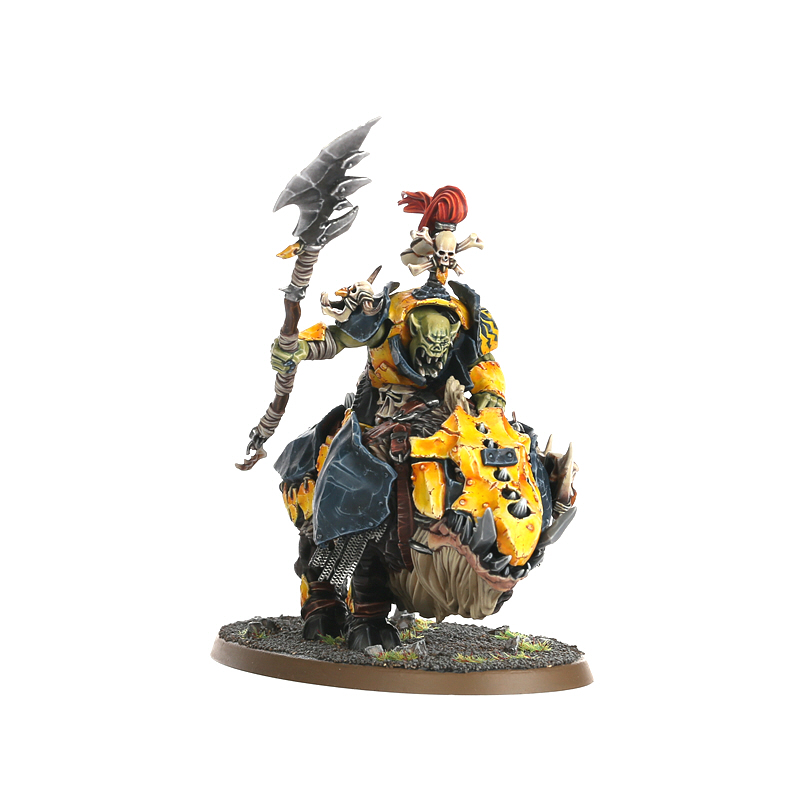 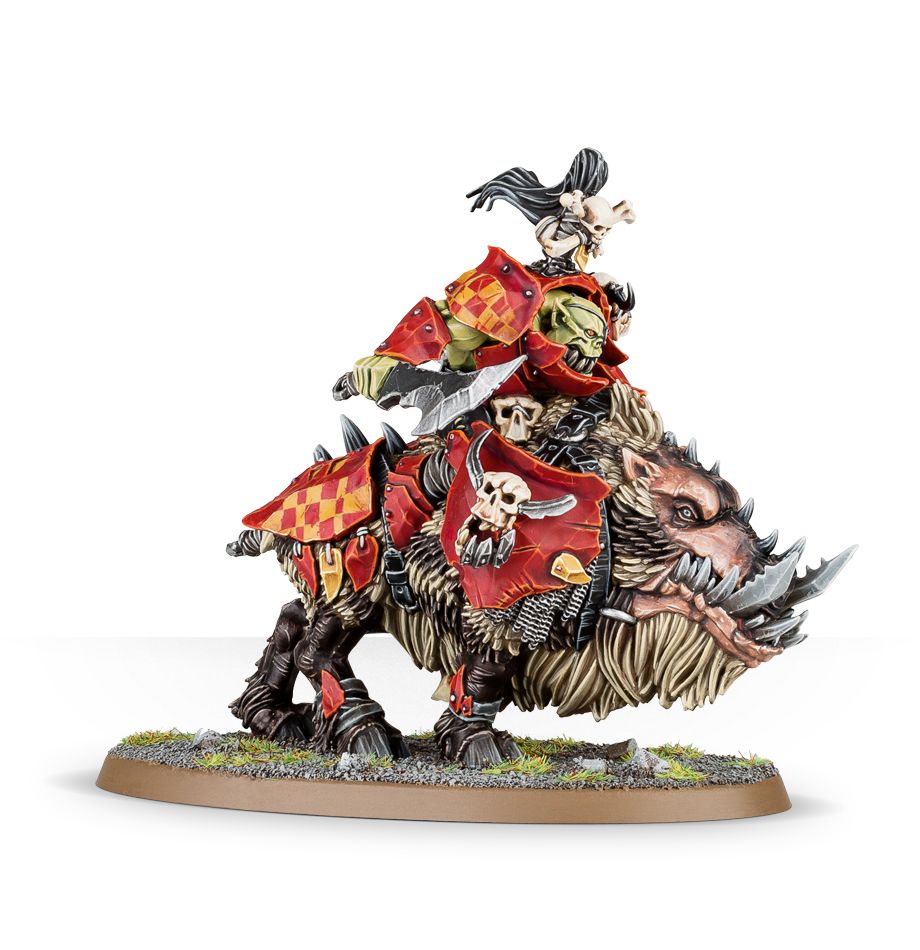 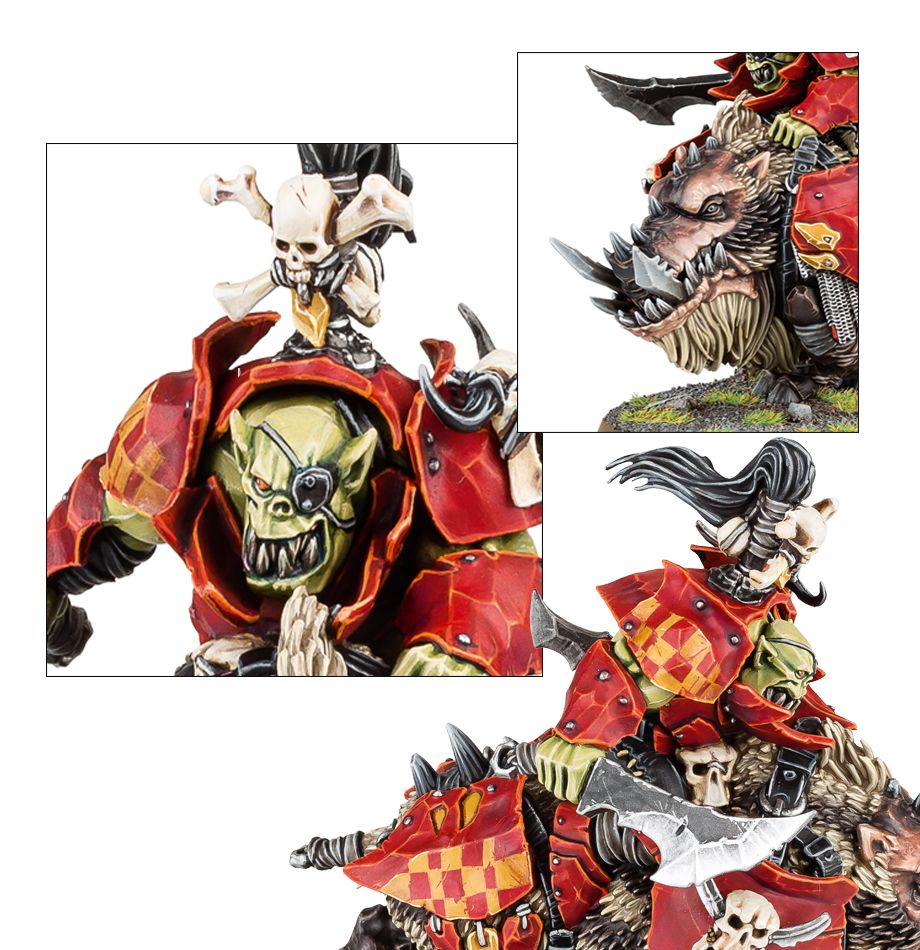 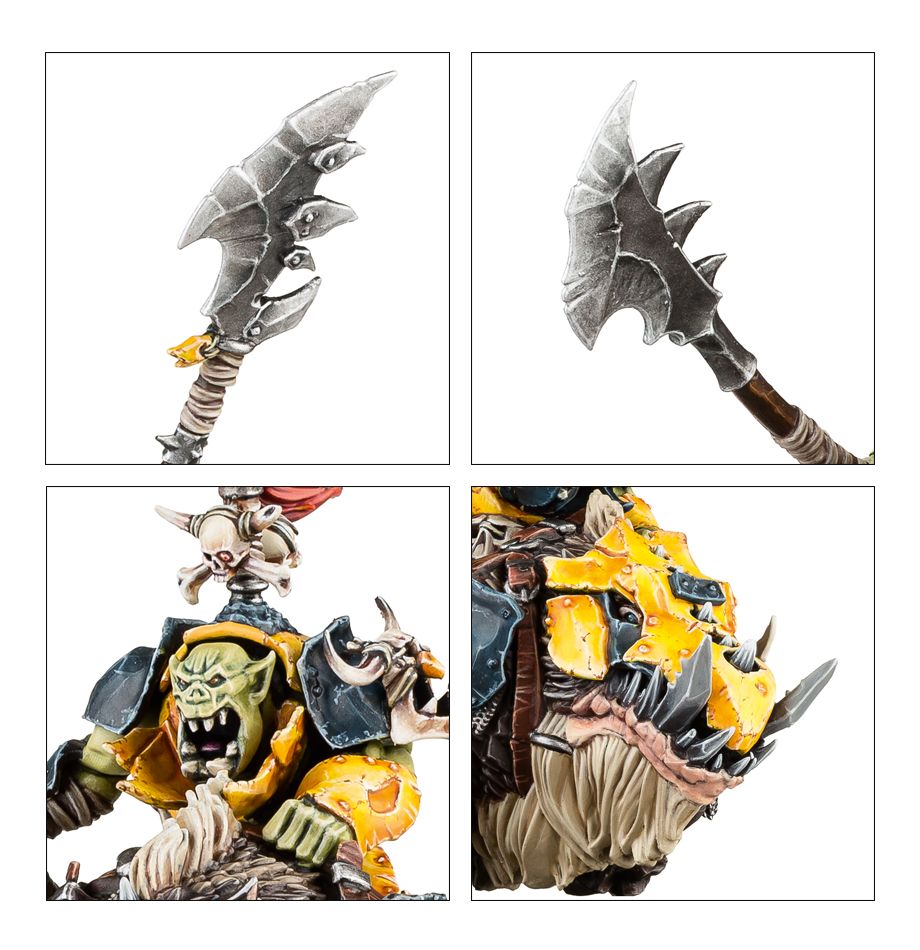 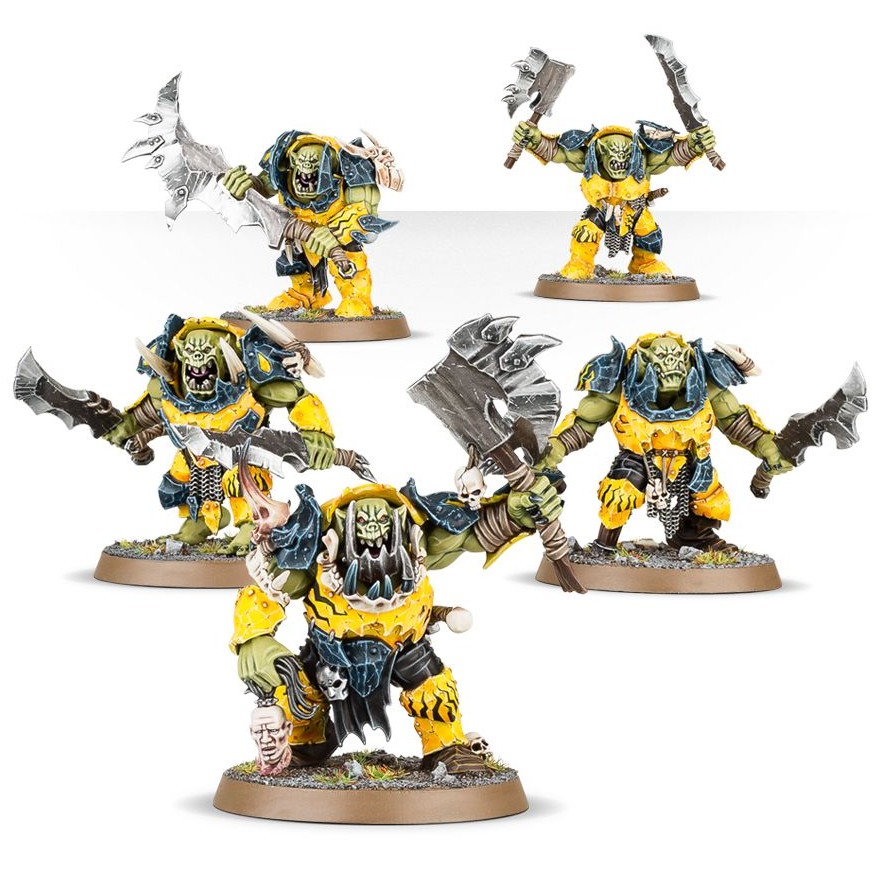 These are the biggest orruks clad in heacy armour. They seek out any enemy or object that is has the audacity to be bigger than them.

This kit makes five orruk Brutes. They are covered in trophies of war, and have metal or bone jaws. The  Brutes can be armed with two choppas, or a double-handed jagged gore-hacka. The kit also includes a gore-choppa, and options for a Brute Boss. The Boss can be armed with either a boss choppa or a boss klaw and brute smasha. These come on 40mm Round bases.  The kit costs £30 and can be ordered here. You can download the Warscroll here. These would also work well for Nobz in Mega armour for 40k, with a bit of conversion. More images below. 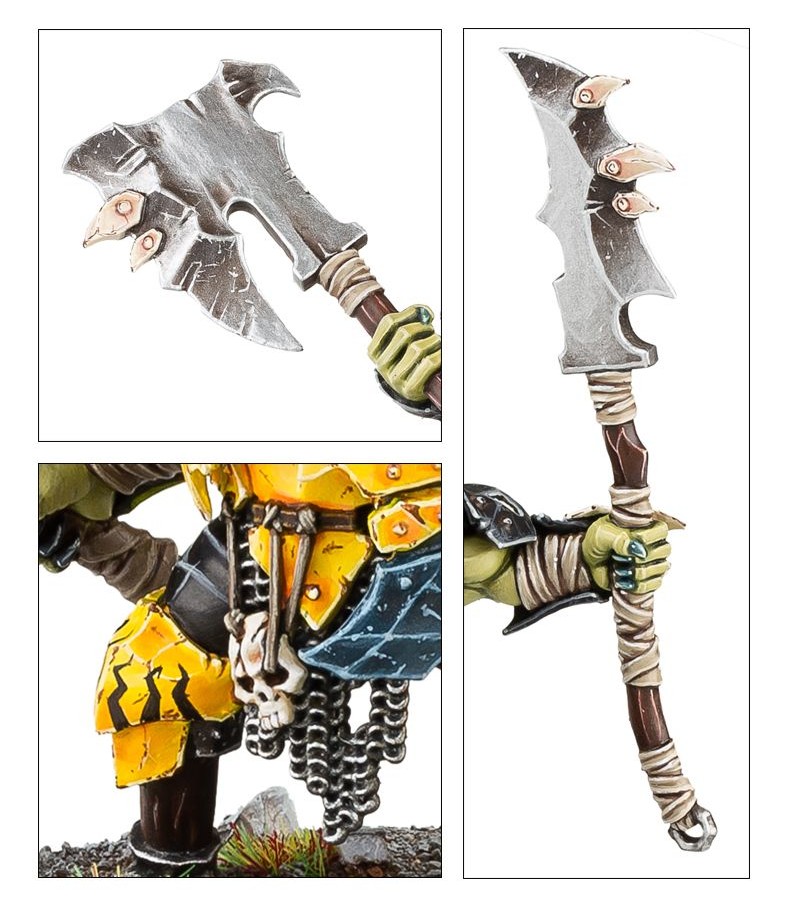 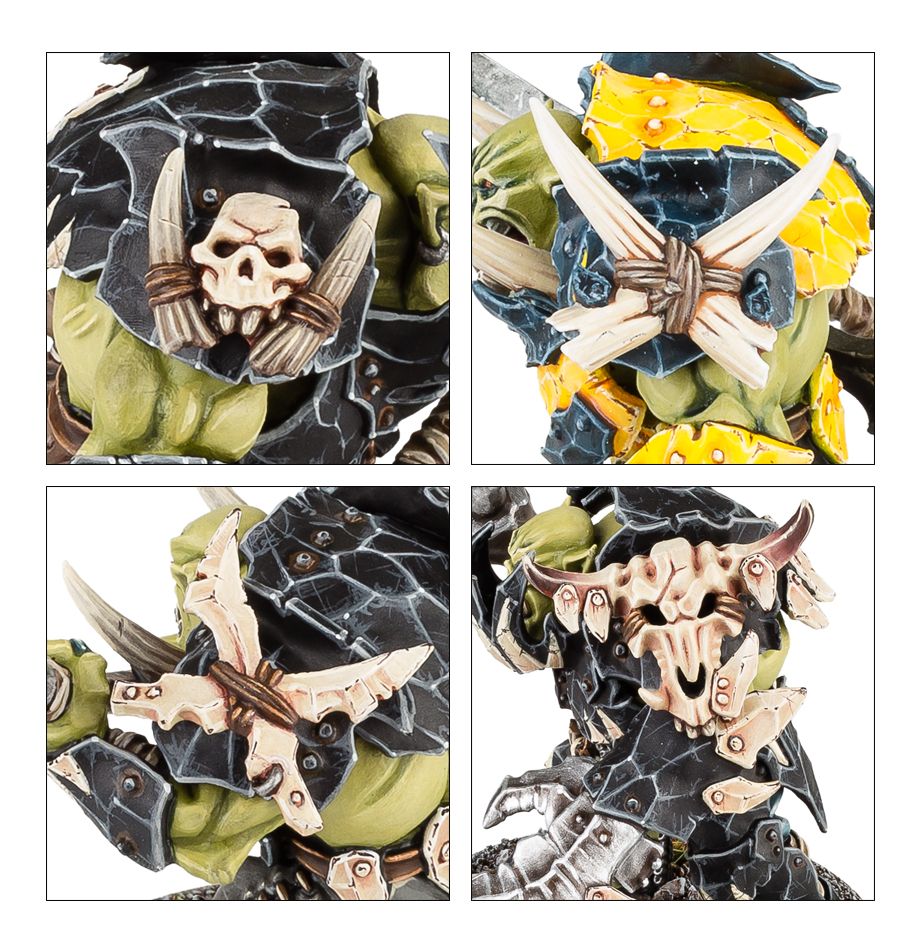 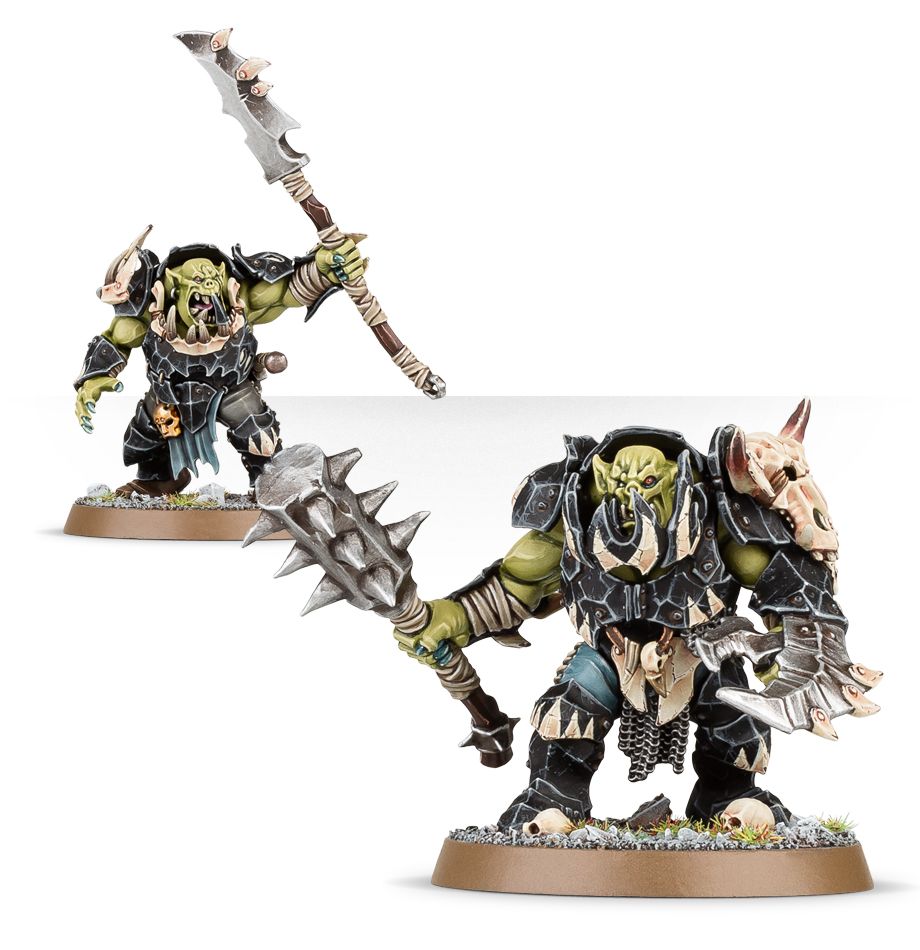 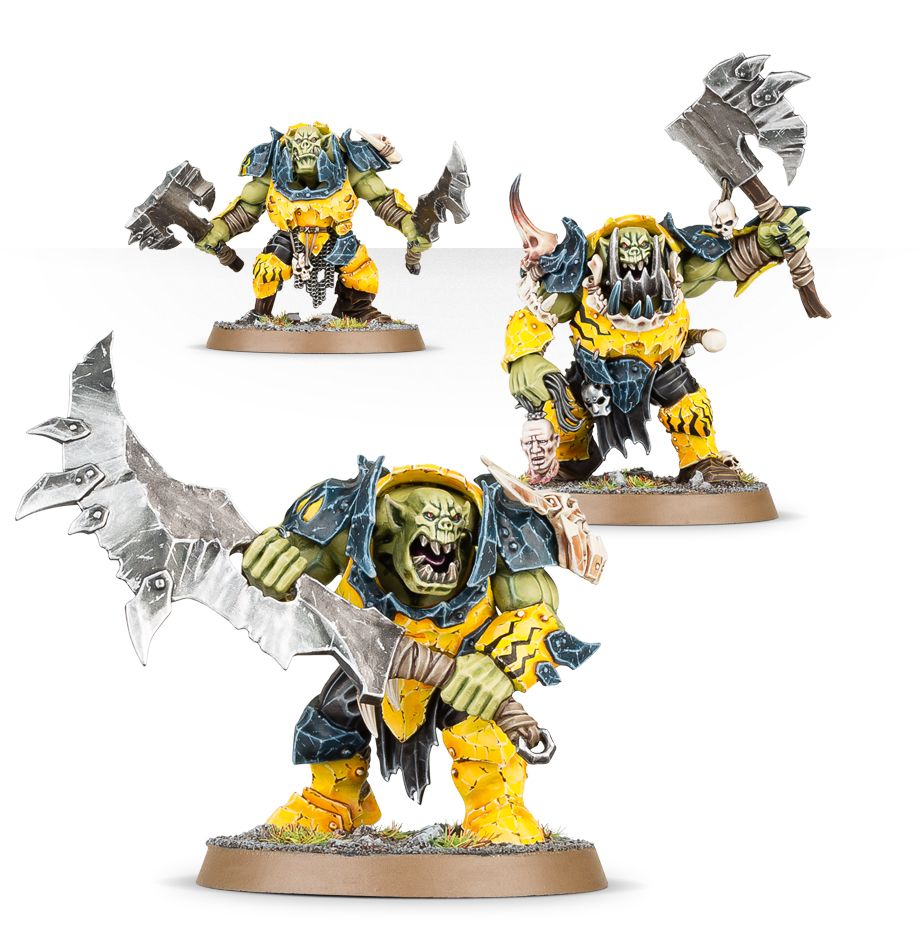 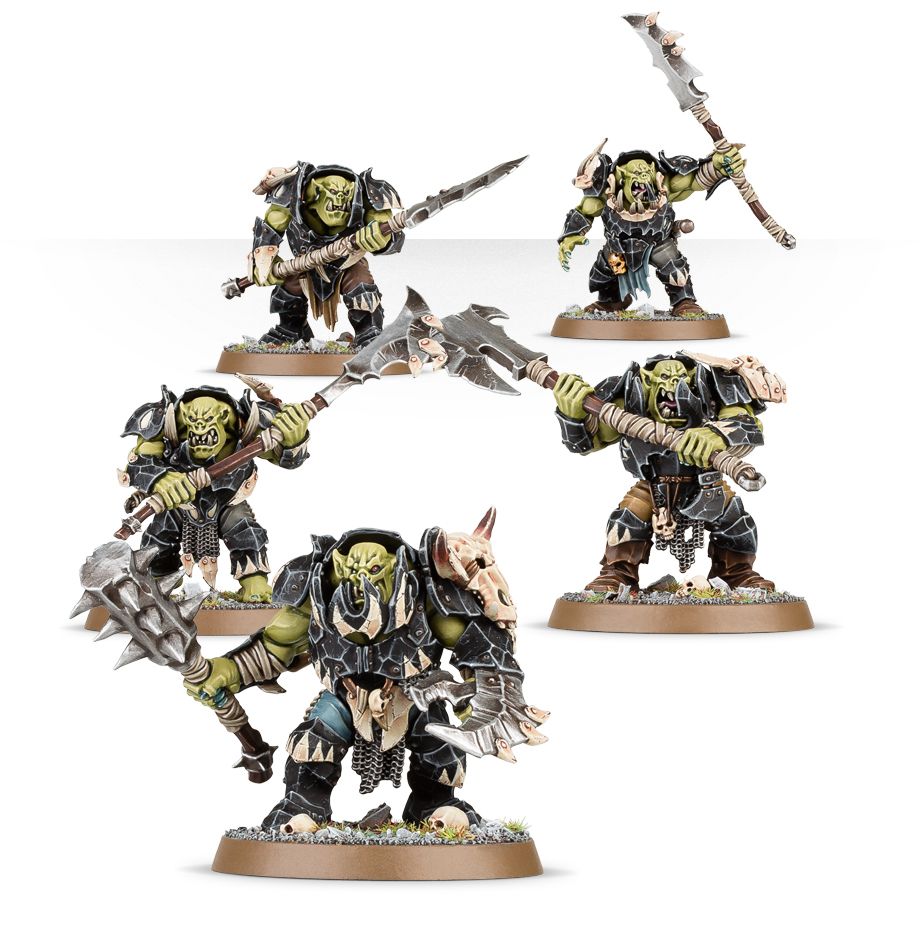 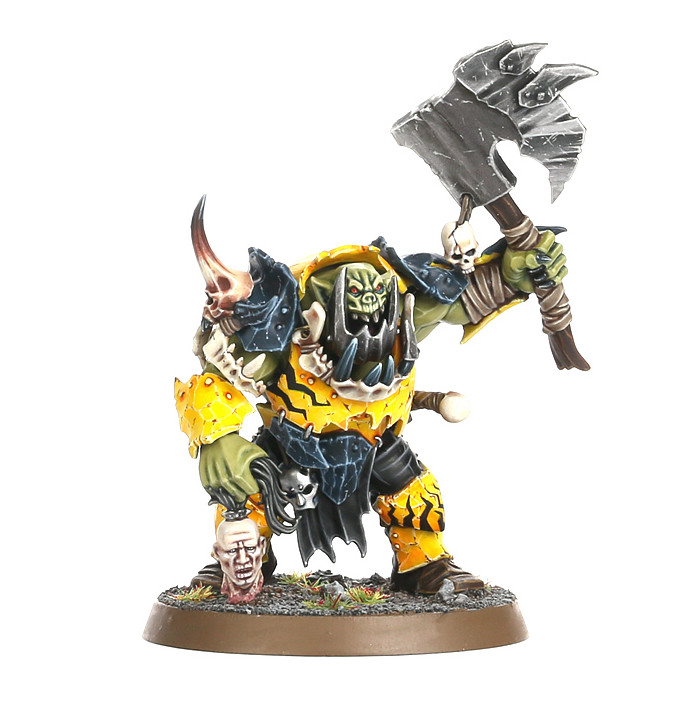 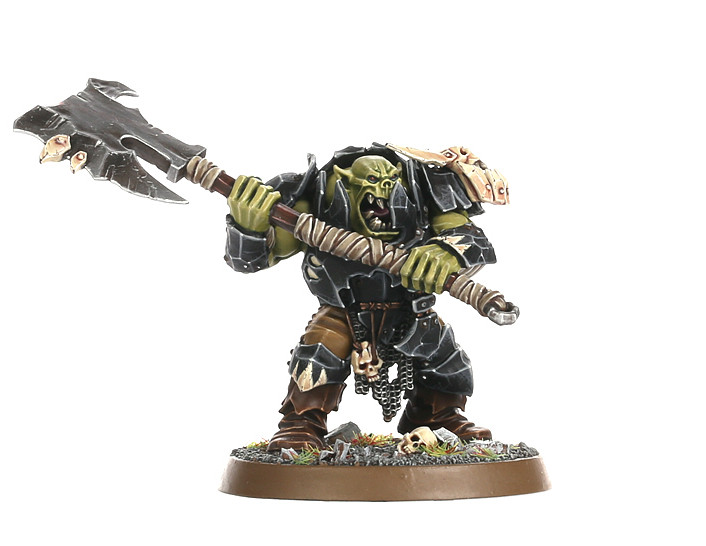 Here is a nifty video on painting the brutes from GW.