Shuffle Heroes is a new Kickstarter project by CBG (Czech Board Games). It’s a fast-paced card game for 2 players with a new deck deconstruction mechanic. The setting for the games is a sort of steampunk meets Lovecraft world. 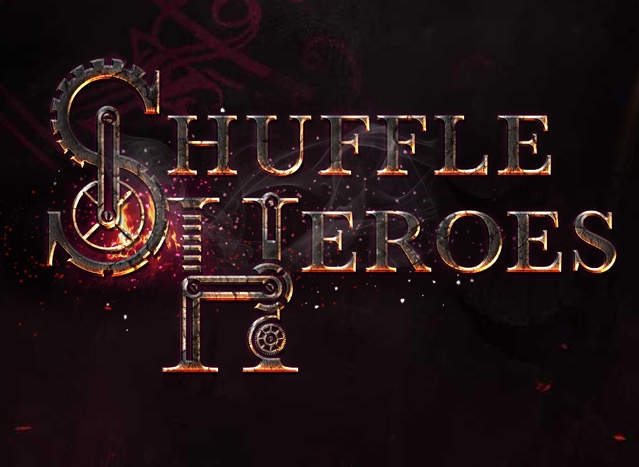 Check out the Kickstarter video below:

The game has 6 heroes, each with their own set of cards and abilities. In each game you and your opponent chooses one here each and then shuffle their cards together to form your draw deck. You then either have to kill your opponent’s hero or destroy 15 of his cards to win.

The gameplay looks to be fairly straight-forward. You have 3 options on your turn. Play a card, activate your hero or restock your hand. There are options for chaining effects as you play, keeping your choices interesting.  Now on to deck deconstruction. As you play the game you can destroy your opponent’s card which heavily influences your opponent’s card drawing options in the following turns. In effect you have to choose whether attacking your opponent or destroying some of his cards first is the better option. I like this twist as your tactics will have to be adjusted as you and your opponent’s cards are destroyed.

The game will set you back 15 euros and you can pledge here. If you like the steampunk meets Lovecraft feel of the game then you should definitely check it out.

Here’s a couple of images showing the two heroes that has been revealed so far. 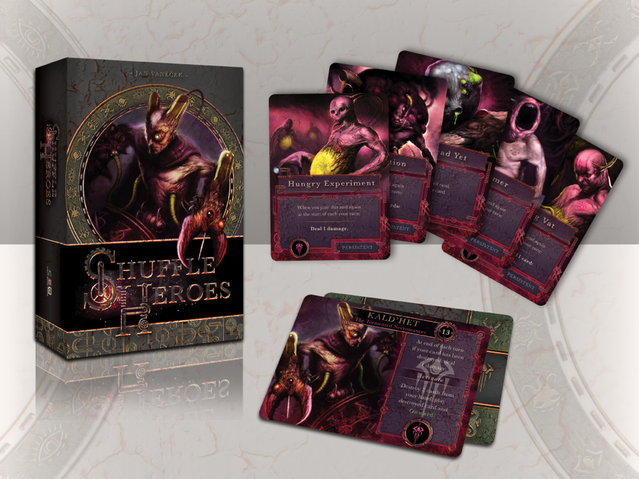 This a Czech review with English subtitles, but it does step you through the rules nicely.