This week sees the release of three Space Wolves heroes. Two new kits in the form of the Iron Priest and Ulrik the Slayer and a re-release of Wolf Lord Krom aka Krom Dragongaze from the Sanctus Reach Stormclaw Box Set. You can also check out the new Start Collecting! Space Wolves box Set if you’re interested in starting or expanding your Space Wolves army. 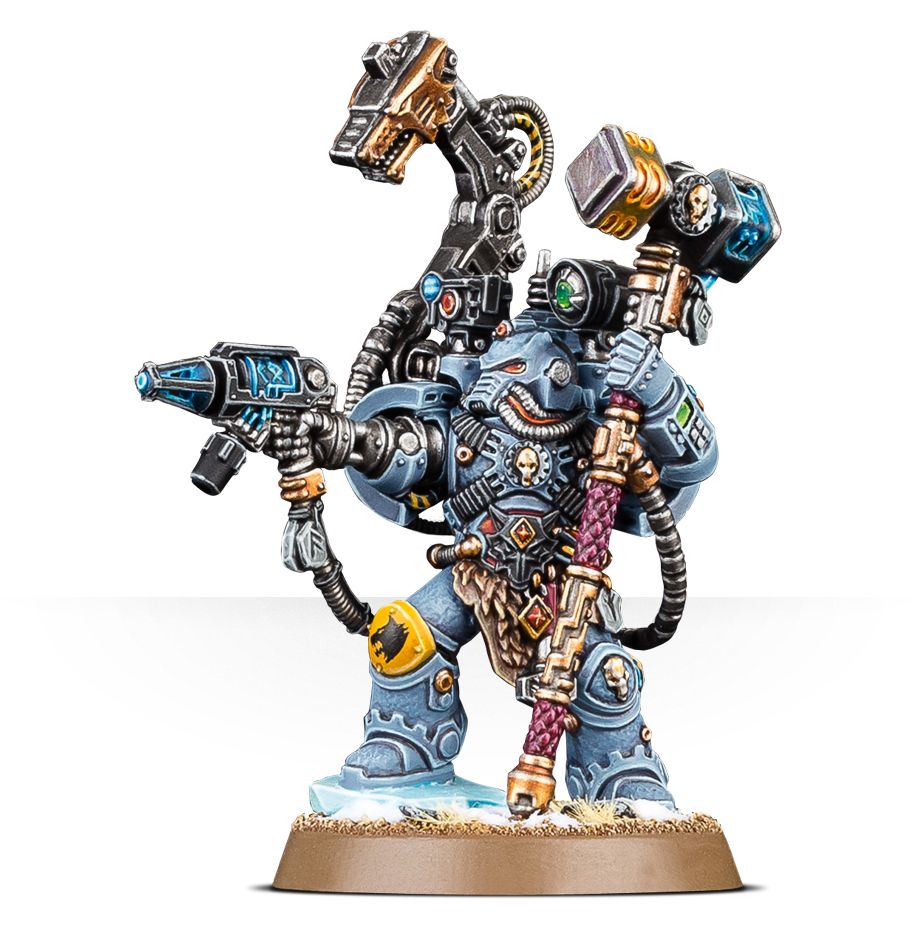 The Iron Priest leads all the war machines of the fang and molds them into a destructive force on the battlefield.

The Iron Priest can be armed with a helfrost pistol and tempest hammer and has a servo arm.  It comes with 32mm Round base. The kit costs £18.50 and can be ordered from GW here.  The model is covered in details and I like the firing pose. More images below. 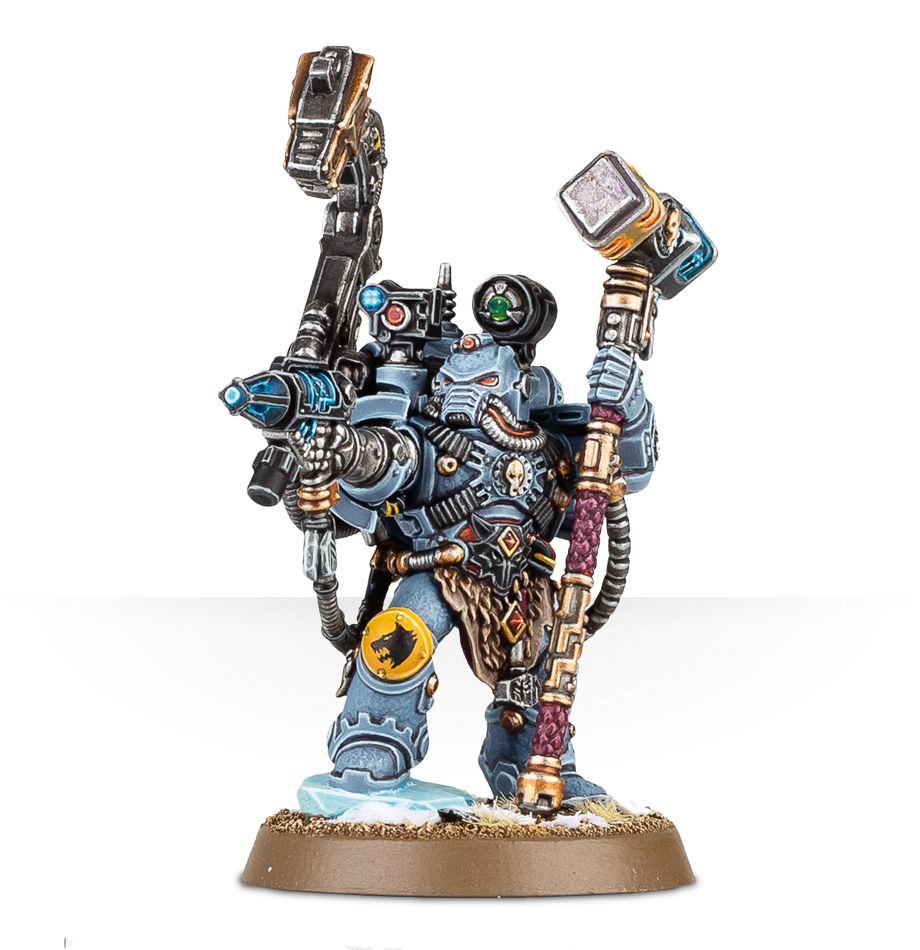 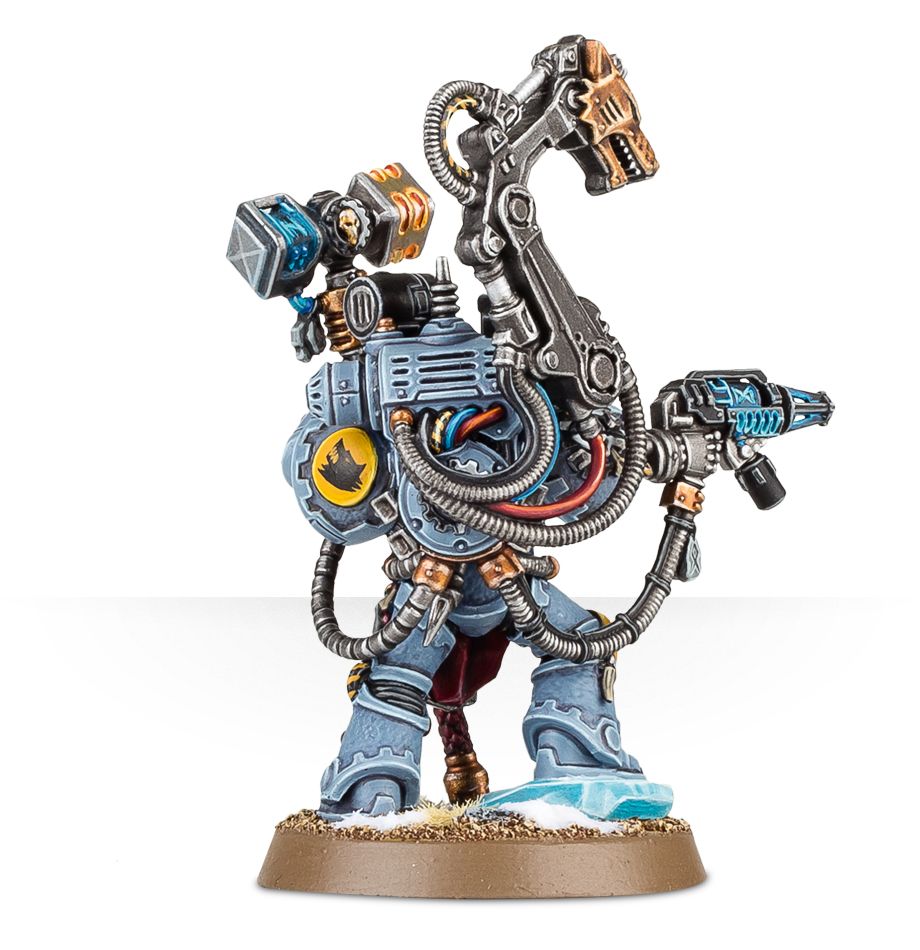 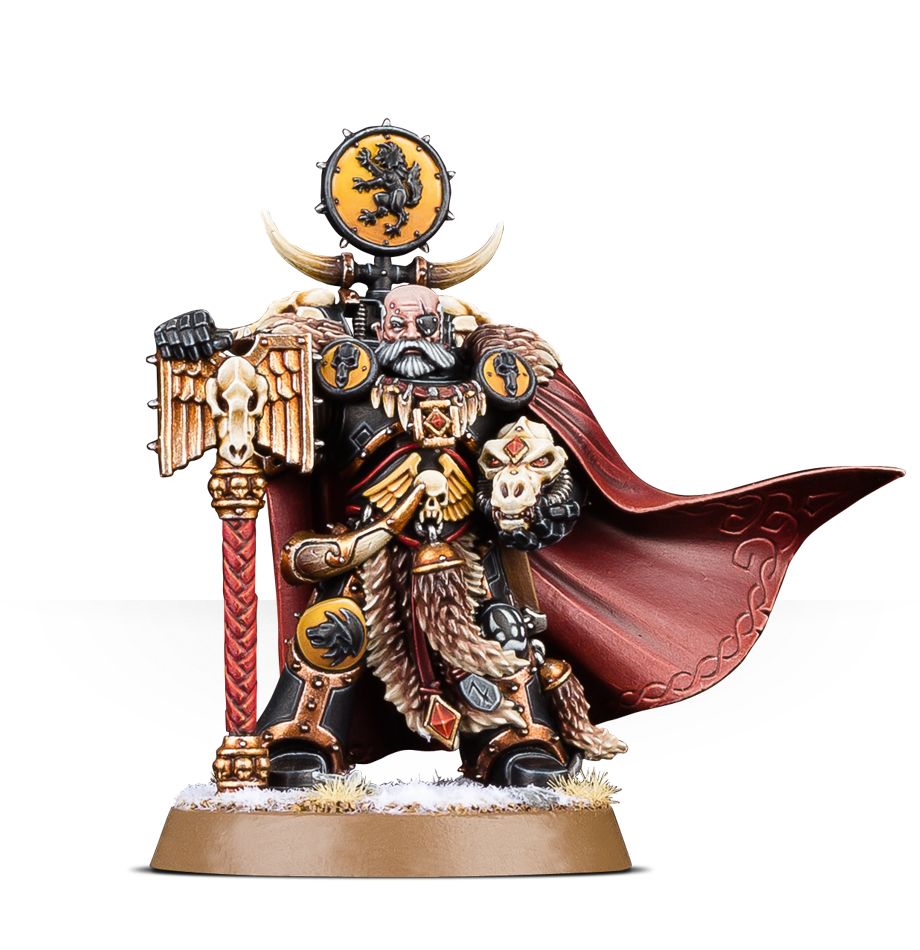 Ulrik the Slayer is a legend among the Space Wolves and there are very few at the Fang who has lived as long as him. He has overseen many campaigns and commands the trust of all his brethren.

Ulrik the Slayer wields his crozius arcanum and bears the iconic Wolf Helm of Russ. A 32mm Round base is included. The kit costs £18.50 and can be ordered here. I love the old school pose of this miniature. So much detail has been captured and I don’t think any Wolves player can complain about this re-sculpt. More images below. 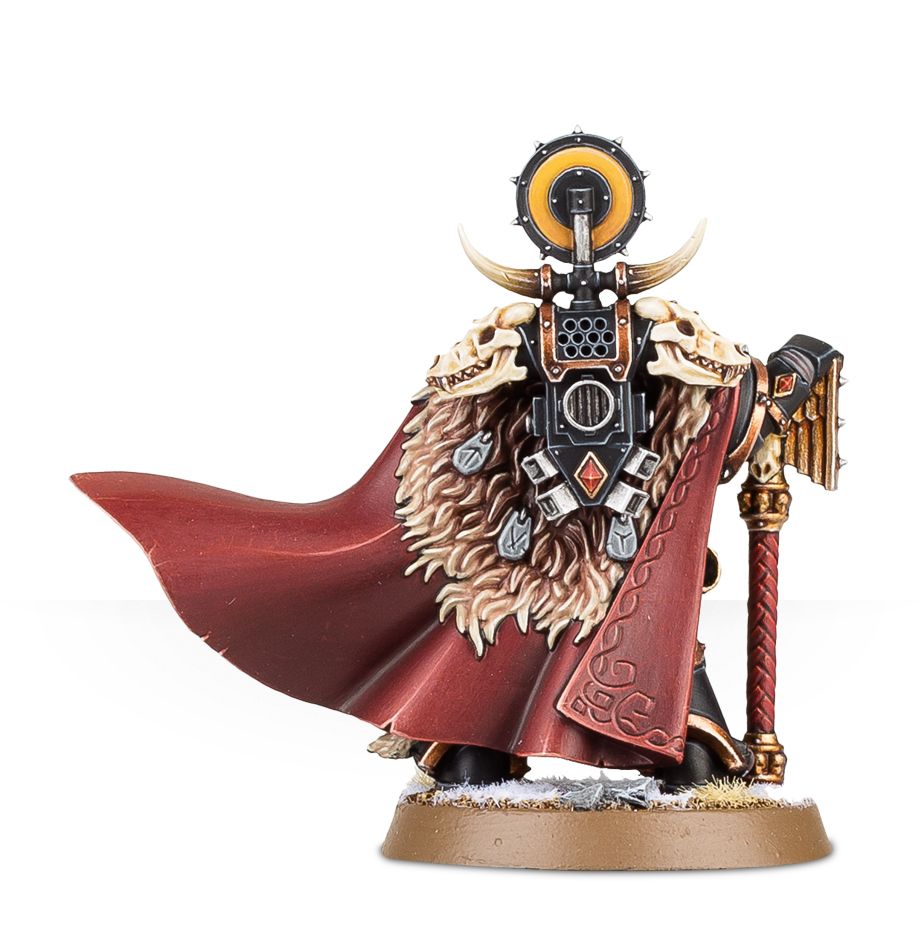 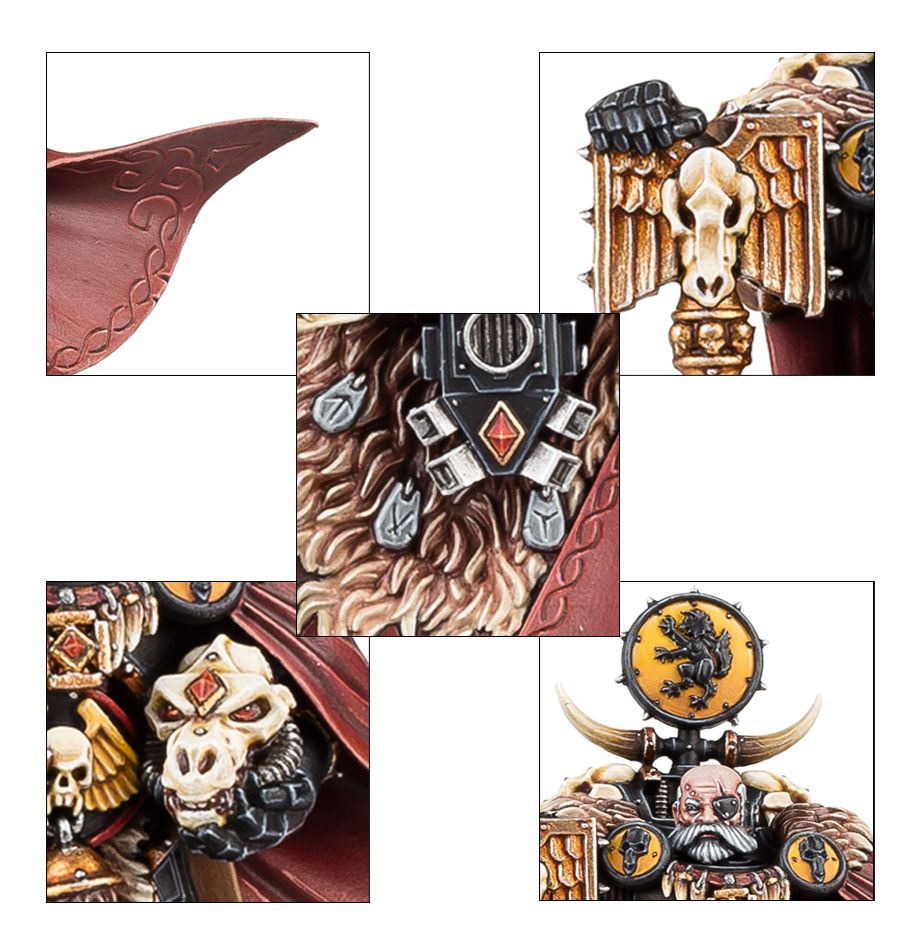 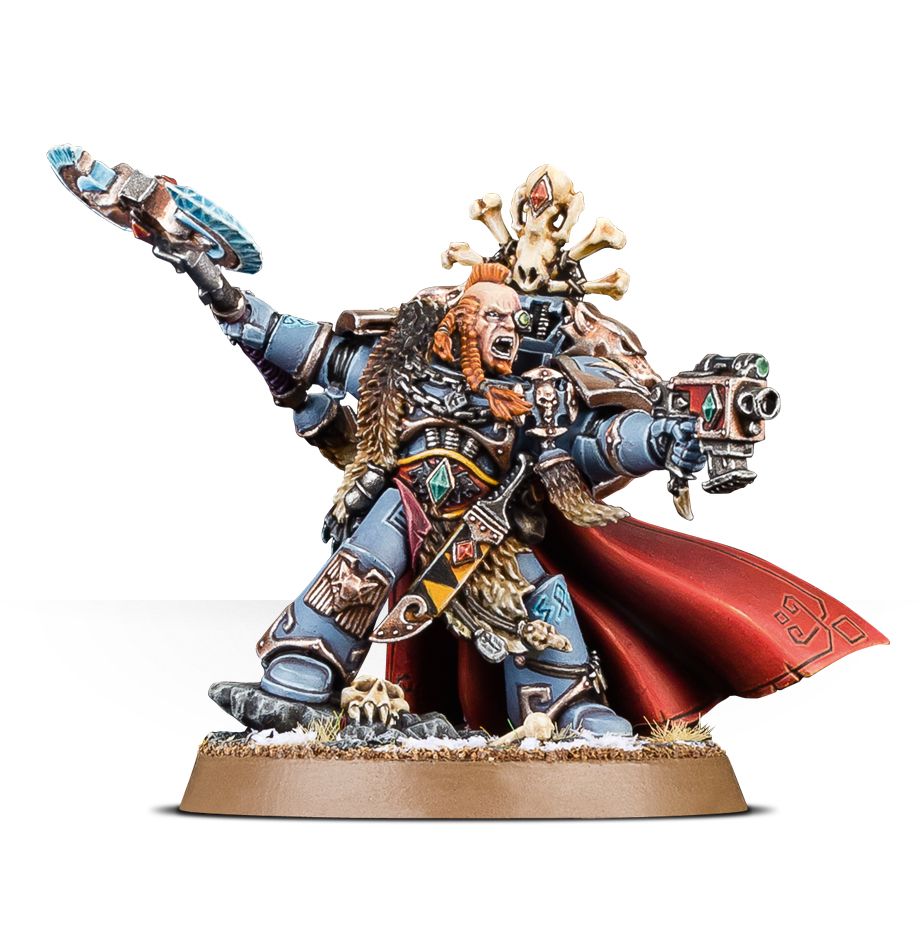 Wolf Lord Krom lives to prove himself in battle. He is able to discern the weaknesses of his foe with a quick glance and then jumps in to finish them off.

Wolf Lord Krom wields a frost axe and bolt pistol and comes on a 40mm Round base. The kit costs £18.50 and can be ordered here. I’m glad to see that Krom got his own release and will no be available to everyone. More images below. 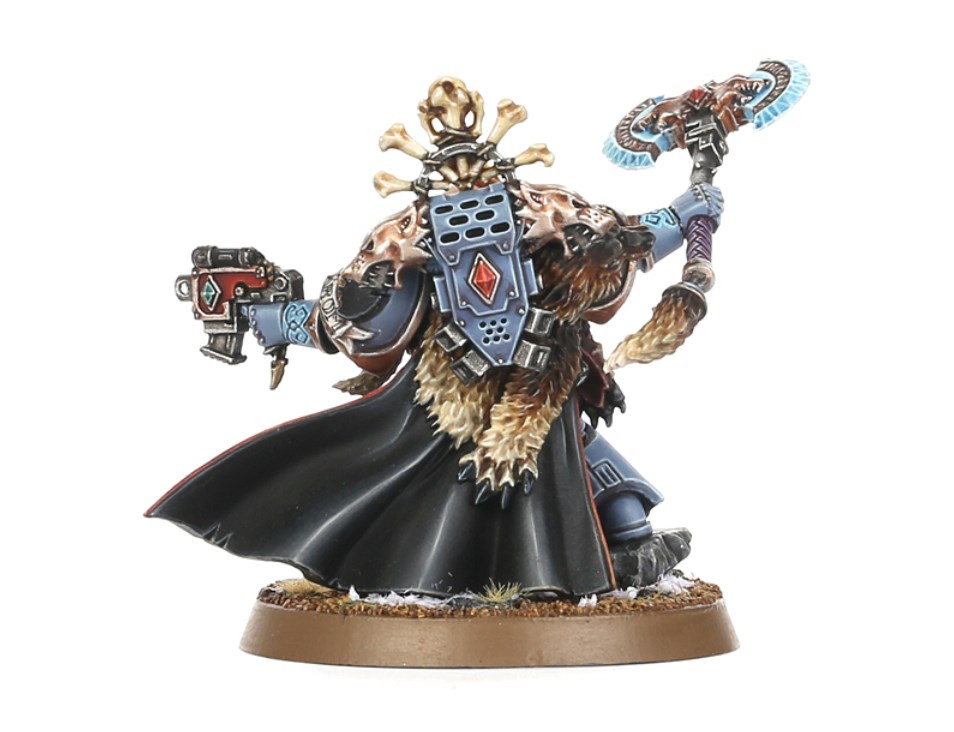 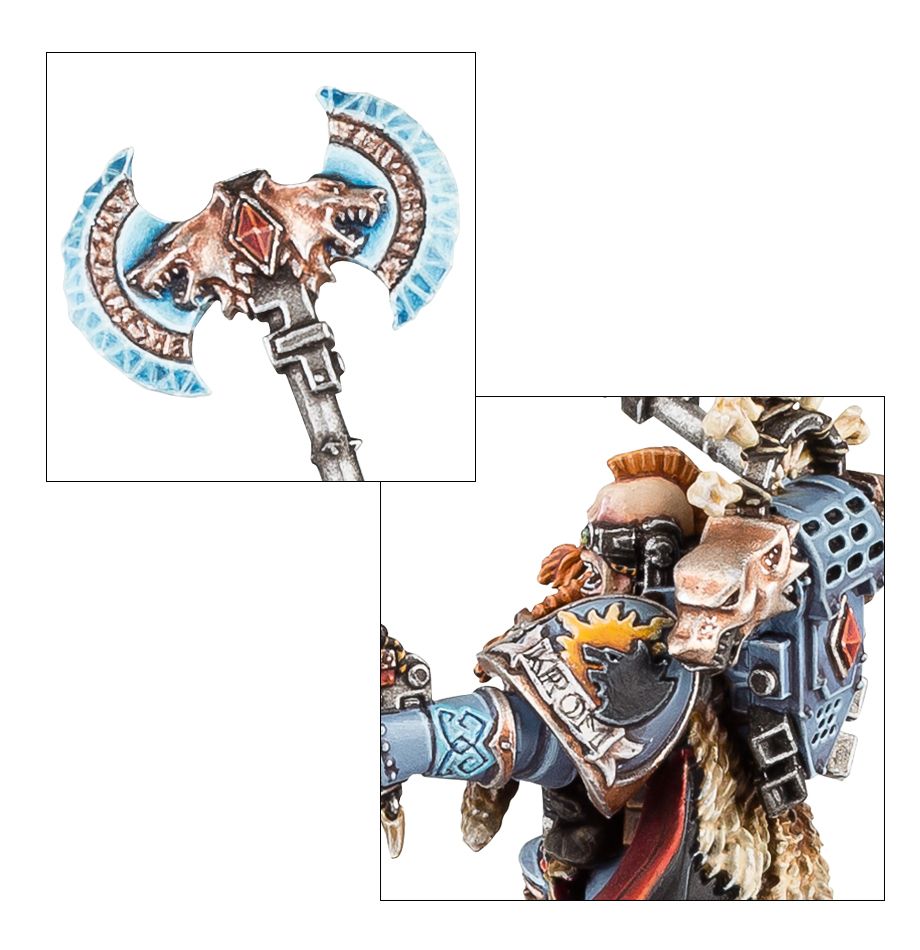