The Shadow Of The Syracusia

As the great Dindrenzi Invasion Armadas blasted their way into the Tarxon system, scattered amongst their number was a class of ship that was initially unrecognised by Terran scanners. However, within weeks it would become one of the most feared ships in the Dindrenzi fleet.

Despite its impressive size and fearsome appearance, the ship that would earn this reputation was no mere battleship. Whilst the greatest warship may clear the void of enemy presence, it can never win the war – that can only be achieved by taking the battle to the surface of the enemy’s worlds themselves. 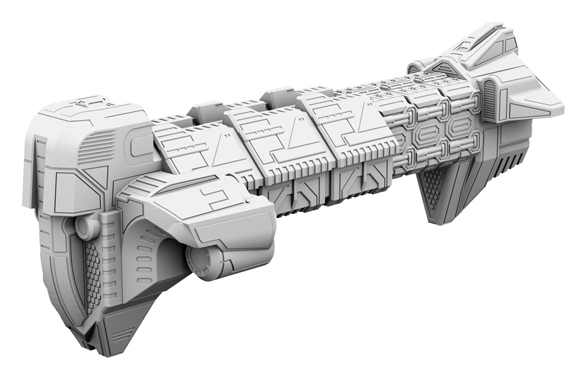