More goodness coming from the soon to be released “Marauders of the Rift”.

The ruthless Vylia’sal Syndicate has dominated the volatile and wild region of space known as the Rift for more than fifty years. Once it was simply another player in the turbulent underworld of the lawless area. But through guile, patience and merciless violence, it grew in size and power to such an extent that it is now the closest thing the Rift has to an actual government.

The Way Station model we have created is highly modular and will continually evolve as a model as new pieces are released. As you can see from the renders provided in this article, you can represent Serendipity Heights as a small or gigantic entity. Watch out for new blog entries that specifically focus on the Way Station model, how all the different parts will be packaged and sold. For now enjoy the renders which show you how the various parts can be assembled to create a simple space platform or how hundreds of parts can assemble an entire city in space. 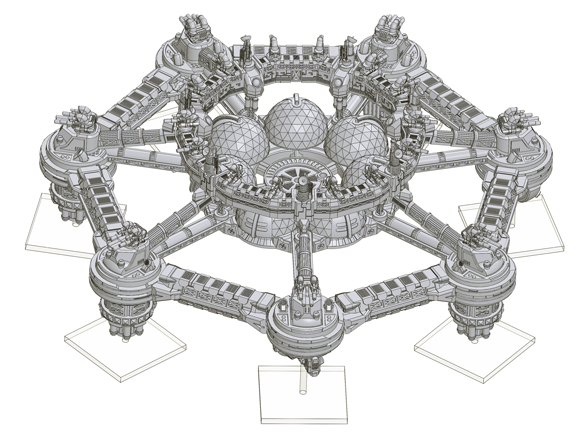 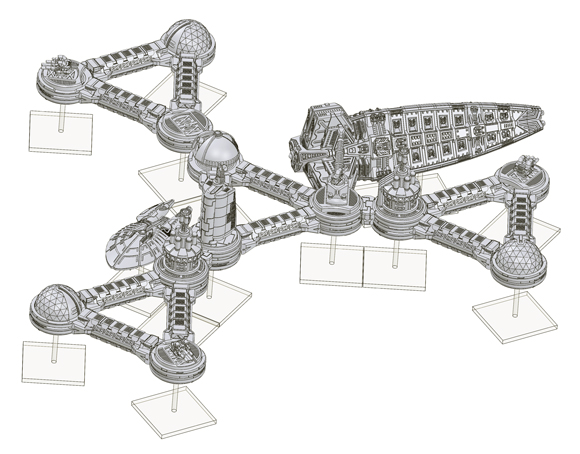 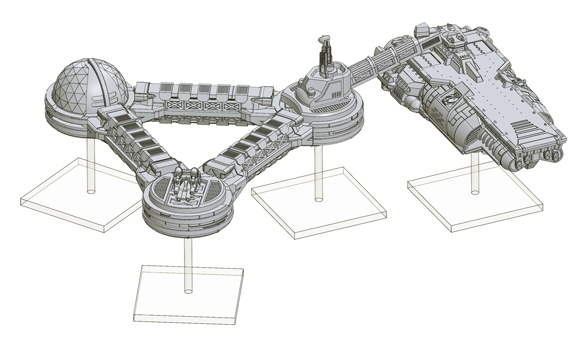 The Phantom is a product of Dindrenzi and Directorate shipbuilding expertise. It is built for longer-ranged engagements, employing heavy firepower to overwhelm the opposition. 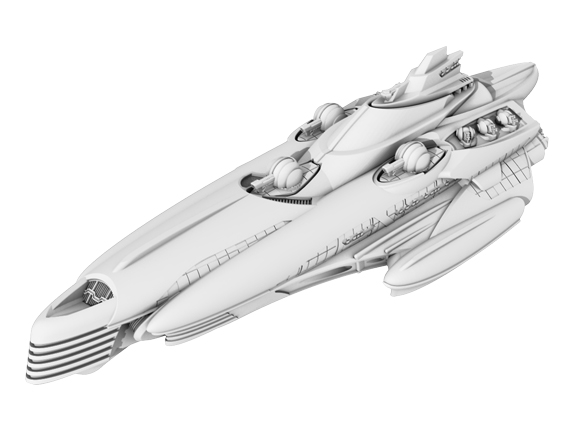 Like the Phantom Class Battleship, the Spur is also designed first and foremost as a heavily armed gunship. Effectively a scaled-down Phantom, the Spur is also armed with large numbers of rapid-firing railguns in gun rack and turrets, and a powerful forward plasma launcher. 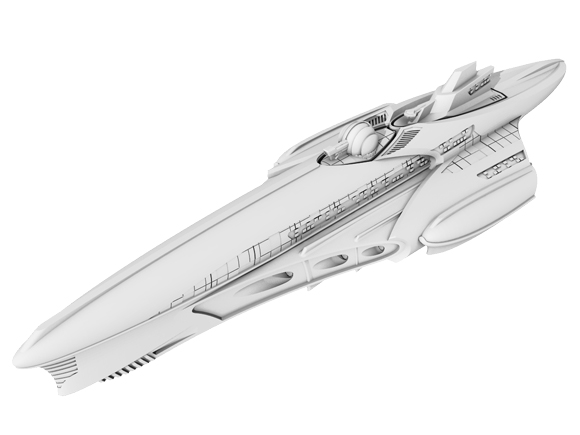 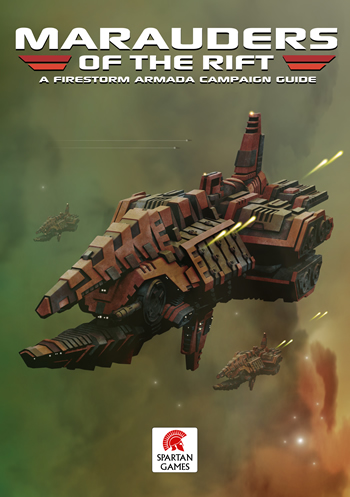