Trove is a new 2 – 4 player board game up on Kickstarter. Trove sets out to reinvent or at least spice up the classic cave-crawling adventure. Gone are the days of banding together to defeat the game. This game centers on asymmetry, meaning that all the players are trying to defeat one another while claiming victory for yourself. 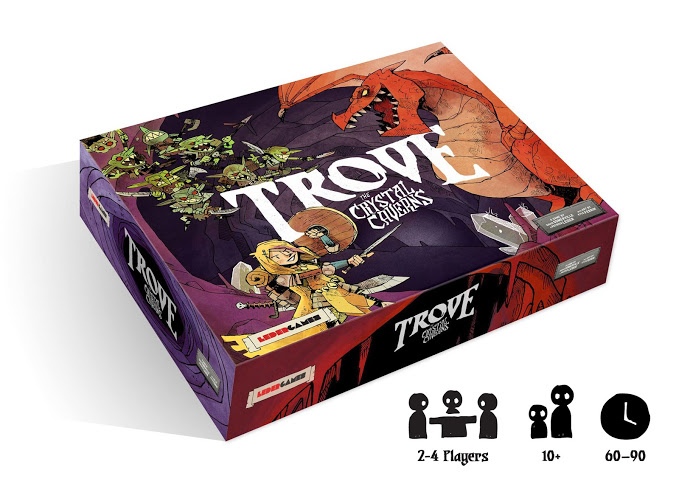 Players can take on the role of the Knight, the Goblin horde, Dragon, or even the Cave itself. Each role comes with it’s own unique play style, abilities and game winning objective. 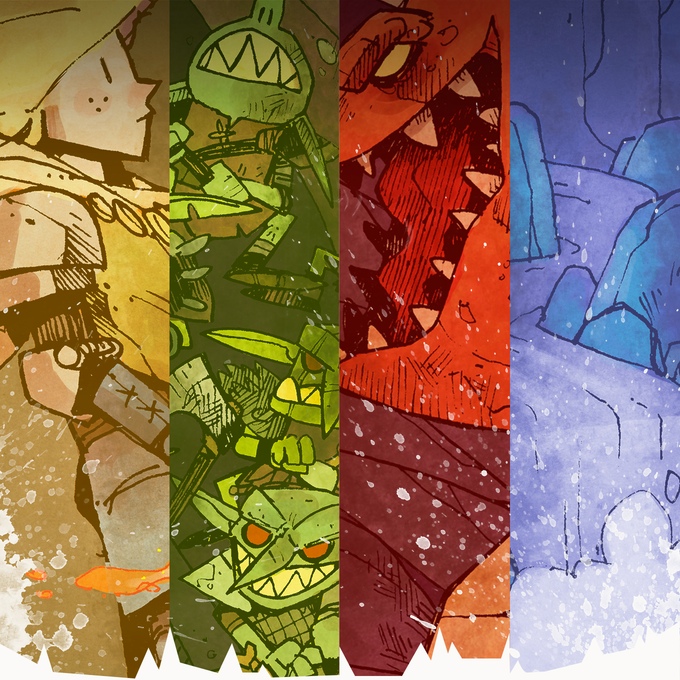 The Knight must kill the Dragon. The Knight will be trying to accumulate power by finishing side quests and reclaiming lost treasures. She has the skill to reset her abilities each turn.

The Goblins must kill the Knight. The goblins are made up out of 3 tribes. Each tribe has it’s own special ability. When they are ready, they start to move around the board and try to kill the Knight.

The Dragon must escape through the entrance. The Dragon slowly awakens from it slumber and becomes more potent as it steals treasures, devours Goblins, and explores the Cave. The Dragon can play cards to use his various powers.

The Cave must fully expand and then collapse. The Cave can gain Omens, and places treasure to lure the other players into the its depths. The Cave also places Tiles shaping the game board.

I really like the artwork and can’t wait to see what gets unlocked through the stretch goals. A pledge will costs you $45 and you can do so here.

Check out some of the prototype components below. 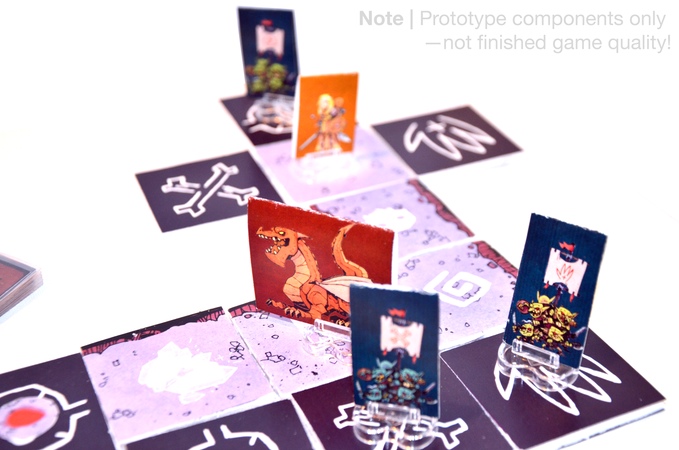 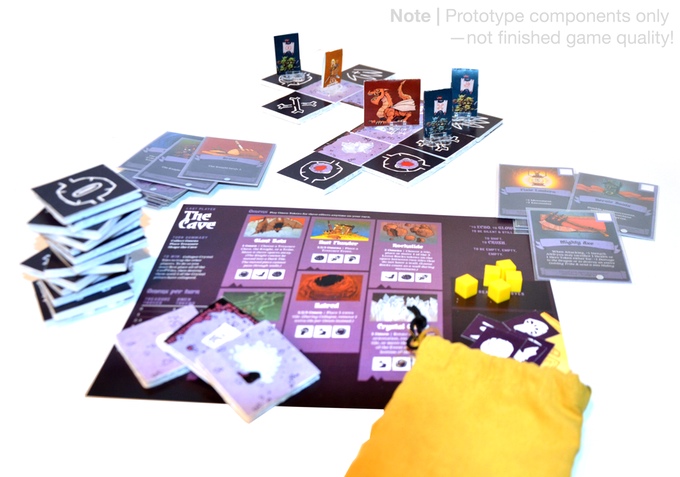 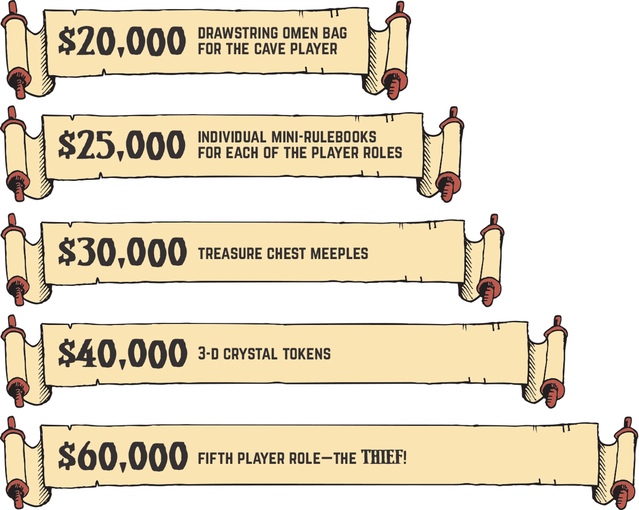 Lets hope the campaign makes it all the way to the new fifth player role – The Thief!

I must say Trove looks like a truly unique offering and I can already see players scheming together to stop the player that’s ahead of the others. But of course every player is in it for themselves and I’m sure there will be plenty of backstabbing and the trick will be when to trust another player, if at all. 😉