Vampire Hunters Board Game on Kickstarter

Dark Gate Games has launched a Kickstarter project for their Vampire Hunters Board Game. It’s a 1 -4 players co-op game with good looking miniatures. The project has already been funded and a bunch of stretch goals have also fallen. Check out the game in the video below:

A dark co-op campaign for 1-4 players. Battle Vampires and other Night Creatures as you hunt the Vampire Lord from Den to Den. 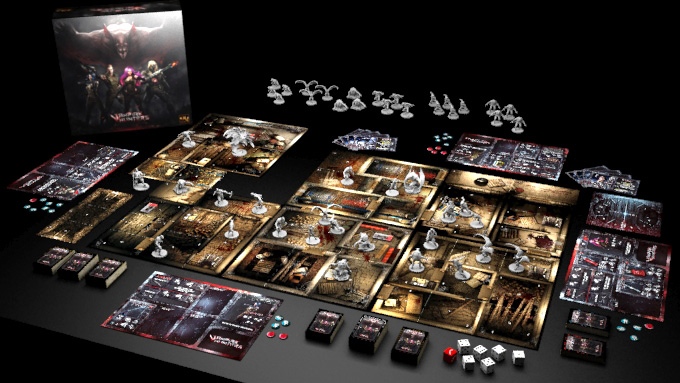 Vampire Hunters The Board Game

If you like old school vampire movies then this game is definitely for you. Players get to become Vampire Hunters which set out to rid the world of Vampires. The game takes place in Vampire dens, where the players need to work together to take down the evil creatures that inhabit it. You will need to use sunlight, your weapons and strategy to overcome the threats that lurk behind every door, and remember to watch the clock as at sundown you become the prey!

What’s in the Box

Vampire Hunters Board Game – Whats In The Box

Pledges start at $90 and you can do so here. You can take a closer look the awesome miniatures below: 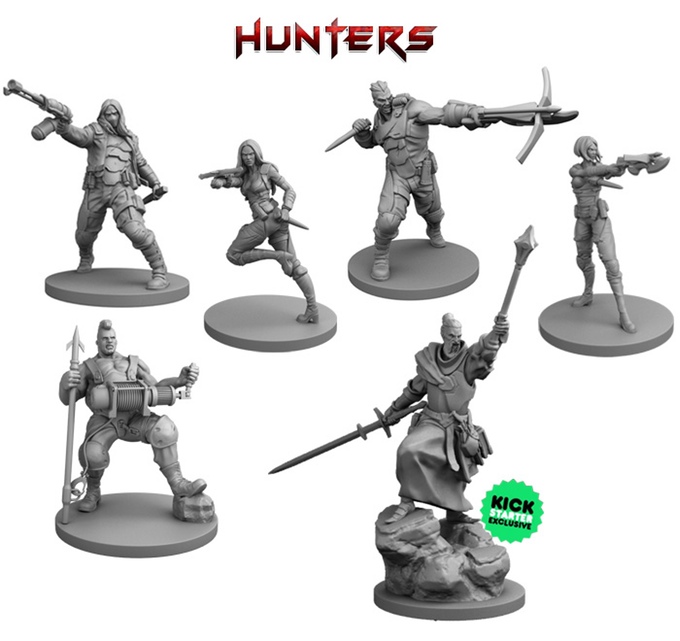 From Blood to Dust Expansion

You can also pledge for the expansion in this Kickstarter. Here’s what you get: 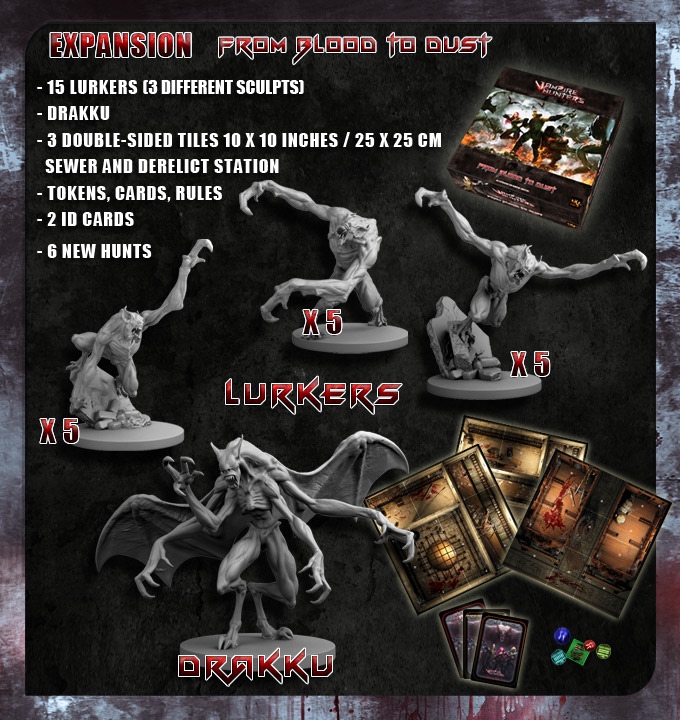 The game is meant to be a thematic 1-4 player co-operative experience, but it also has a few optional rules and game mode.

Co-operative Mode: You play as the team of Hunters and the Vampires are controlled by the game’s activation cards. There are no rule changes for solo play, just choose how many Hunters you want to control.

Competitive Mode: There is one change here, a scoring system to find the best Hunter. Rate your Hunters to see who is pulling the most weight!

Campaigns: Play stand alone or link your Hunts in an extended campaign. Manage the team’s abilities and equipment as you get ready to defeat the Vampire Lord.

Check out a the how to play video below for a more detailed breakdown of the mechanics.