Villains and Henchmen! The Board Game on Kickstarter

Villains and Henchmen! is a new board game on Kickstarter. In it you have to rescue one of the world’s super-villains!  This is the first game by Ravensdale Publishing and it is almost 50% funded with just under 3 weeks to go with the campaign. Check out the Kickstarter video below:

In Villains & Henchmen!  1-4 players need to work together to break out a super-villain. You will acquire powers, dispatch heroes, and have to ensure that you overcome all the challenges the good guys can throw at you. You will need to work with your fellow villains if you want to succeed, but untold prestige and fame can be claimed if you are the “Most Dangerous Villain”! The game plays in 60 -75 minutes and is for ages of 12 and up. 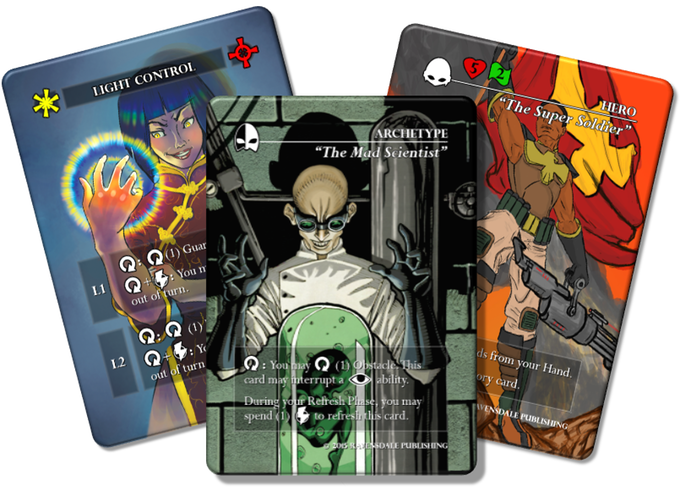 Villians & Henchman! The Board Game

What’s in the box:

All base game sets include: 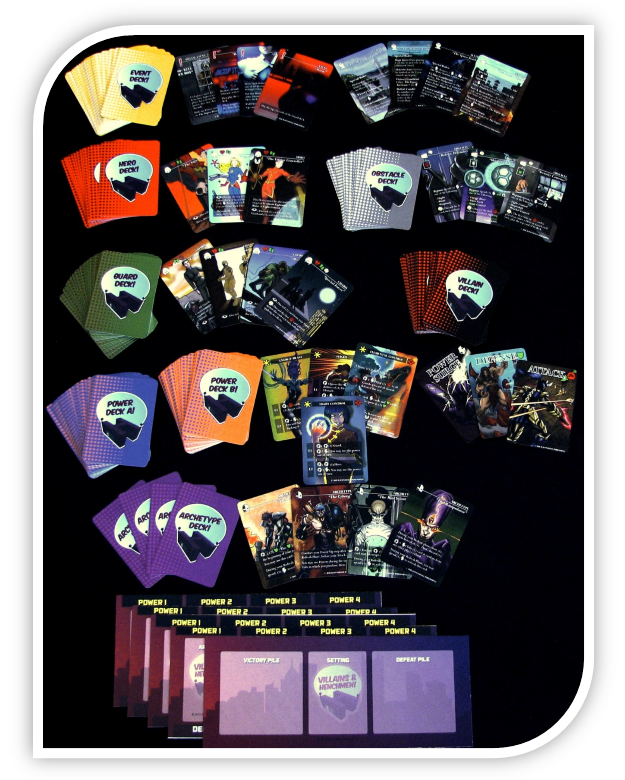 $40 gets you all of this, and you can pledge here. There is also n number of stretch goal unlocks to achieve. If you like super heroes and villains then definitely check out this game. Besides who doesn’t want to play bad guy for a change? 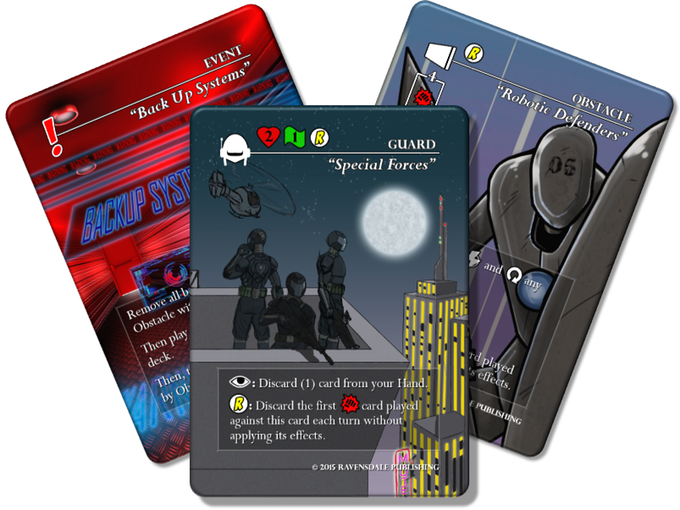 Villains & Henchmen! is a game of hand management – players act in turn to play the cards in their hand, Attacking heroes, Defending against guards, and using Power Surges to acquire powers. Powers increase the efficiency of a player’s hand by (for example) granting extra Attack, or allowing players to circumvent a troublesome foe.

To win players have to achieve the victory conditions of the active Setting card. For the most part this requires defeating one of two heroes (hostages always help when making an escape!) and accumulating other Victory cards based on the Setting.

Players will have to ensure that the defeat conditions of the active Setting doesn’t occur or be defeated. Also if the Power decks run out of cards the players also lose – this simulates time running out as as prison break can’t take the whole day!

Check out the Game Play Video below (voice over by Sheldon Morley):